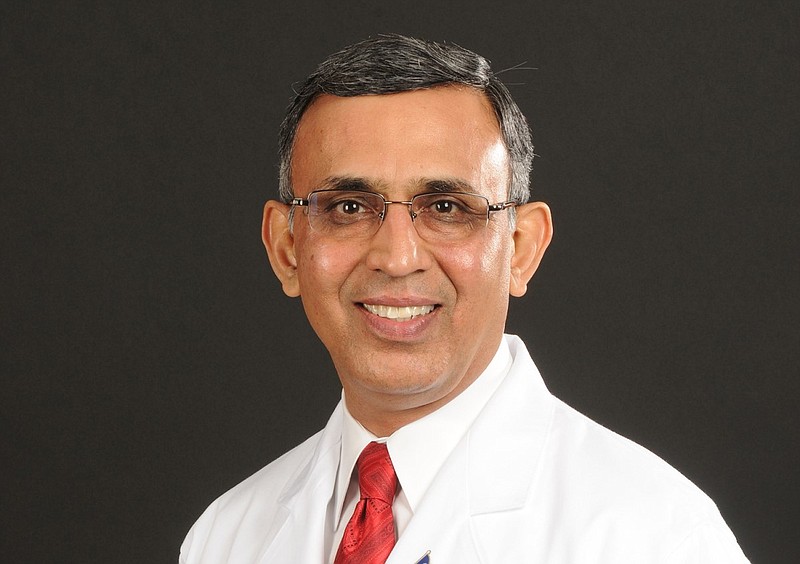 Dr. Omar Atiq is shown in this undated file photo.

A cancer treatment center in Pine Bluff that closed earlier this year because of staffing shortages is forgiving over half a million dollars in outstanding debts from nearly 200 patients.

Dr. Omar Atiq, an oncologist who founded the Arkansas Cancer Clinic in 1991, sent out notices to patients earlier this week that any outstanding debt would no longer need to be paid.

The clinic closed in late February. It provided cancer treatments ranging from chemotherapy and radiation therapy to diagnostics, such as CAT scans.

Thousands of patients walked through its doors.

"The Arkansas Cancer Clinic was proud to have you as a patient," the announcement, sent as part of a holiday greeting card, said. "Although various health insurances pay most of the bills for the majority of patients, even the deductibles and co-pays can be burdensome."

"The clinic has decided to forego all balances owed to the clinic by its patients," the note said.

"We thought there was not a better time to do this than during a pandemic that has decimated homes, people's lives and businesses and all sorts of stuff," Atiq said. "We just thought we could do it, and we wanted to, so we went ahead and did it."

The clinic worked with a billing company to cancel the debt and to ensure no patient who owed money would face any type of financial repercussions, such as negatively affecting the ability to obtain credit, Atiq said.

Atiq, originally from Pakistan, moved to Pine Bluff in 1991 after completing a fellowship at Memorial Sloan Kettering Cancer Center in New York City.

He said he decided to move his family to Arkansas after receiving a call from an administrator from Jefferson Regional Medical Center in Pine Bluff with a job offer.

Atiq said he feels like the decision to move to the state was life changing.

In 2013, he became the first nonwhite president of the Arkansas Medical Society.

In 2018, Atiq was named chairman-elect of the board of governors of the American College of Physicians.

"We have been very grateful," Atiq said. "This has been home for a long time. We are grateful for the opportunity for what has happened to our lives here."

"I believe the opportunities that have come my way are, in part, because of where I am," he said.

When Atiq first had the idea of forgiving patient debt, he called David Wroten, executive vice president of the Arkansas Medical Society, a physician advocacy group, for his opinion.

"When he called me, he wanted to make sure there was nothing improper about doing it," Wroten said. "I can't, for the life of me, imagine there would be."

"He truly has a heart-felt love affair with the patients who he has seen," he said. "He has gotten as much from his patients as they have gotten from him."

Cancer treatment is "very expensive," Wroten said. "There are people who will pay on their bills for 20 years, maybe $10 a month -- people who don't have a means to pay for their care."

Atiq said the Arkansas Cancer Clinic has the amount of outstanding debt that it does partly because "we have never refused to see a patient."

"Not for lack of health insurance or funds nor for any other reason," Atiq said. "I've always considered it a high honor and privilege to be someone's physician -- more important than anything else."