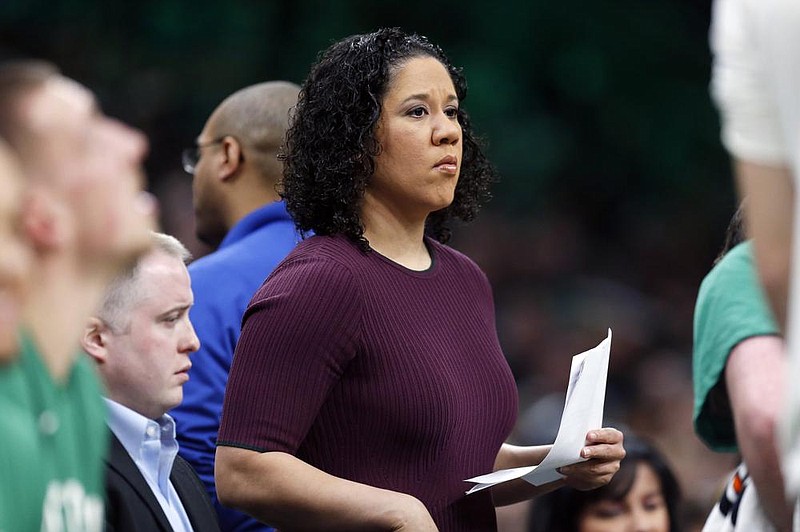 Coach Kara Lawson’s Duke Blue Devils are the first Power 5 team to drop out after starting the season. “I don’t think we should be playing right now. That’s my opinion on it,” Lawson said earlier this month. (AP file photo)

The Duke women's basketball team ended its season Friday amid the coronavirus pandemic.

"The student-athletes on the Duke women's basketball team have made the difficult decision to conclude their current season due to safety concerns," said Michael Schoenfeld, chief communications officer for Duke University. "We support their decision, as we have supported the choices made by all student-athletes at Duke during this unprecedented time. Duke will maintain our current schedule of competition in other sports and will continue to observe our rigorous health and safety protocols, which include daily testing for all student-athletes and are based on guidance from leading medical experts."

The women's basketball team has been on pause since Dec. 16 because of two positive covid-19 tests and contact tracing within the program's travel party. The Blue Devils (3-1) postponed games against Miami, N.C. State and UNC-Wilmington. The team's next scheduled contest was against Louisville on Thursday.

The Blue Devils are the first Power 5 team to drop out after starting this season. The Ivy League opted out of playing winter sports in November before the basketball season started. A few other schools also decided not to play.

Coach Kara Lawson, who was hired in July, had said this month: "I don't think we should be playing right now. That's my opinion on it."

That came a day after Duke men's Coach Mike Krzyzewski questioned why college basketball was being played in the midst of the pandemic.

"I would just like for the safety, the mental and physical health of players and staff to assess where we're at," Duke's Hall of Fame coach said after a loss to Illinois on Dec. 8.

Krzyzewski cited the rise in covid-19 cases as the basis of his argument.

"People are saying the next six weeks are going to be the worst," Krzyzewski said at the time. "To me, it's already pretty bad. On the other side of it, there are these vaccines that are coming out. By the end of the month, 20 million vaccine shots will be given. By the end of January or in February, another 100 million. Should we not reassess that? See just what would be best?"

The virus already has caused many games to be canceled or postponed in the first month of the season. Countless teams have been on pause because of positive tests in their programs. The NCAA said earlier this month that it planned to play its tournament in a single geographical area with San Antonio being the top choice.