Food bank on alert for scam gets surprise gift instead 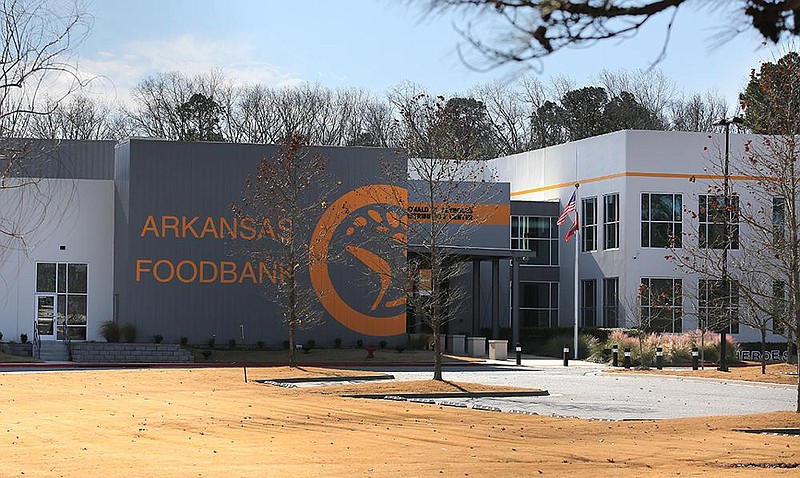 Not from a faraway prince or addressed to Dear Beloved, but "very nondescript."

"My first thought was, 'Well this is a scam email,'" said Sanders, who is CEO of Arkansas Foodbank.

But she followed up and found it was no scam.

The food bank will receive an unsolicited donation from author and philanthropist MacKenzie Scott, the world's 18th-richest person.

Sanders said she was blindsided.

"It was unbelievable," she said. "The first time that I talked to them they told me you have come highly recommended."

Sanders isn't revealing the amount yet, but she said it was one of the organization's larger donations.

The food bank's annual budget is usually between $8 million and $9 million.

In this year of pandemic, Sanders said the amount of food distributed will increase by about 10 million pounds, from about 30 million pounds last year. The organization provides food to 320 agencies and 80 schools in 33 counties in central and south Arkansas.

"This will help us replace some vehicles that are now 11 years old," said Sanders.

The money also will be used to help those 320 agencies.

"The money's not going to be kept in a bank account," she said. "We have some good uses for it."

Scott has been one stealthy secret Santa.

In the two months before Christmas, she has given more than $4 billion to 384 entities, including three in Arkansas.

Scott has been working to fulfill a pledge to give away most of her wealth. She's the former wife of Amazon.com founder Jeff Bezos, who is the richest person in the world, according to the Bloomberg Billionaires Index.

The grant recipients are thoroughly vetted, but they don't even know they're being vetted.

"I asked a team of advisors to help me accelerate my 2020 giving through immediate support to people suffering the economic effects of the crisis," Scott said in a Dec. 15 post on the Medium website. "They took a data-driven approach to identifying organizations with strong leadership teams and results, with special attention to those operating in communities facing high projected food insecurity, high measures of racial inequity, high local poverty rates and low access to philanthropic capital.

"To select these 384, the team sought suggestions and perspective from hundreds of field experts, funders and non-profit leaders and volunteers with decades of experience," she wrote. "We looked at 6,490 organizations, and undertook deeper research into 822. We put 438 of these on hold for now due to insufficient evidence of impact, unproven management teams, or to allow for further inquiry about specific issues such as treatment of community members or employees."

Nationally, recipients include food banks, emergency relief funds and "support services for those most vulnerable."

"Others," wrote Scott, "are addressing long-term systemic inequities that have been deepened by the crisis: debt relief, employment training, credit and financial services for under-resourced communities, education for historically marginalized and underserved people, civil rights advocacy groups, and legal defense funds that take on institutional discrimination."

In July, Scott announced $1.7 billion donations to 116 organizations that were "driving change." The largest category of recipients for those grants was "racial equity," which received $586.7 million, followed by "economic mobility" with $399.5 million. The word Arkansas didn't show up in a search through the list of those grant recipients.

"Last year I pledged to give the majority of my wealth back to the society that helped generate it, to do it thoughtfully, to get started soon, and to keep at it until the safe is empty," she wrote on Medium in July, . "There's no question in my mind that anyone's personal wealth is the product of a collective effort, and of social structures which present opportunities to some people, and obstacles to countless others.

"Like many, I watched the first half of 2020 with a mixture of heartbreak and horror. Life will never stop finding fresh ways to expose inequities in our systems; or waking us up to the fact that a civilization this imbalanced is not only unjust, but also unstable," she wrote. "What fills me with hope is the thought of what will come if each of us reflects on what we can offer. Opportunities that flowed from the mere chance of skin color, sexual orientation, gender or ZIP code may have yielded resources that can be powerful levers for change. People troubled by recent events can make new connections between privileges they've enjoyed and benefits they've taken for granted. From there, many will choose to share some of what they have with people whose equal participation is essential to the construction of a better world."

Among the recipients of Scott's most recent generosity were two Arkansas food banks and a nonprofit loan fund in Little Rock.

Besides Arkansas Foodbank, the Food Bank of Northeast Arkansas received a donation from Scott. Both are part of the Feeding America network.

Christie Jordan, CEO of the Food Bank of Northeast Arkansas in Jonesboro, couldn't be reached for comment on Thursday.

The other Arkansas recipient, Southern Bancorp Community Partners, received $2 million, according to a news release.

"I got an email saying someone would like to talk with you about a donation, and I was happy to call them back," said Karama Neal, the president of Southern Bancorp Community Partners.

It provides lending, financial development services and public policy advocacy in economically distressed communities, according to its website, southernpartners.org.

"Part of the Southern Bancorp family of financial organizations, SBCP works in tandem with Southern Bancorp Inc., a bank holding company and Southern Bancorp Bank, one of America's largest rural development banks, toward a shared mission of creating economic opportunity for all," according to the website.

"We are very grateful to MacKenzie Scott for this expression of confidence in our work to help improve financial security and economic mobility for people in the Mid-South regardless of ZIP code," said Neal. "As a nonprofit loan fund, gifts like these are critical to the fulfillment of our mission as they facilitate our work in development lending, savings-related public policy, and financial development services."

Neal said Scott's gift will be "put it to work for the people and communities we serve" to ensure that wealth building isn't just for the wealthy.