A busy year for timber industry

Even if you leave out the effects of the covid-19 pandemic, the year 2020 was a busy one for timber-related news, both good and bad.

Canada's StucturLam announced a new cross-laminated timber facility in Conway, with a commitment from Walmart Inc. to build a cross-laminated timber corporate headquarters in Bentonville. On the downside, Domtar, based in South Carolina, announced the closure of the last paper machine at its Ashdown facility, though it will continue to make fiber. And the vast Sun Paper Co. project in Clark County was canceled -- the loss of a $1.5 billion investment for the state. Sun Paper is also based in South Carolina.

The opportunities for forest carbon and bioenergy markets appear good for Arkansas. Highland Pellets is upgrading its Pine Bluff facility and has plans to build in Union County. Exports are primarily to the European Union, but Asian markets are poised to grow substantially. Seventy-six percent of the U.S. capacity for wood pellet construction is located in the Southeast.

As energy producers turn to wood pellets to reduce their carbon emissions, forest landowners are seeing the creation of more carbon markets where carbon-emitting industries are paying landowners for sequestering carbon in growing trees. The Family Forest Carbon Program is a joint venture by The Nature Conservancy and the American Forests Foundation to bring carbon markets to family forest landowners who typically own timber in relatively small parcels.

Cooperation is the name of the game for federal, state and private forests in 2020. Initiatives include the Rural Forest Markets Act, designed to help family forest landowners buy and sell carbon credits and create other environmental revenue streams for clean water and biodiversity protection.

The Good Neighbor Authority is a cooperative program of the U.S. Forest Service that allows the Arkansas Forestry Division to perform forest management activities on federal lands.

Other notable federal initiatives include the final rulings on the Waters of the United States that curtailed federal regulatory jurisdiction under the Clean Water Act. Additional changes were the inclusion of forestry workers as critical workers in the U.S. economy, the relaxation of H2-B visa restrictions for forestry workers, and the Trillion Trees Initiative announced at the World Economic Forum in January. The initiative seeks to have one trillion trees regrown, saved from loss and better protected worldwide by 2050.

Hardwood timber markets were significantly affected by the U.S.-China trade war, and the pandemic has worsened the situation.

Reopening global markets to Asia and investing in new lumber products such as mass timber construction and wood-bioenergy is needed to support good forest management by family forest landowners.

These landowners also face some serious forest health threats by invasive species. Most notable in Arkansas are feral hogs and the emerald ash borer. Feral hogs are very destructive to native wildlife and even reduce water quality by destroying vegetation near streams and ponds. The emerald ash borer is an exotic beetle that will likely kill vast amounts of white and green ash, important timber species in Arkansas.

Finally, the covid-19 pandemic has caused major upheavals in the economy in 2020. During the early spring, the pandemic resulted in a historic loss of employment.

The demand for many vital wood products such as tissues, disinfectant wipes, masks and filters was extremely high, but the pulp and paper industry structure could not catch up with the demand for several months. Simultaneously, the housing market declined precipitously, but home remodeling and residential consumption of wood spiked.

Then, as the pandemic's first wave subsided in the summer and interest rates cut to bolster the economy, the housing market rebounded strongly, causing price spikes in lumber and plywood costs. Like the paper industry, lumber production cannot increase quickly to demand. The industry has been very hesitant to add capacity, anticipating the pandemic's second wave this fall and winter.

To learn about extension and research programs in Arkansas, visit https://division.uaex.edu/. Follow the agency on Twitter at @AgInArk, @uaex_edu, or @ArkAgResearch. 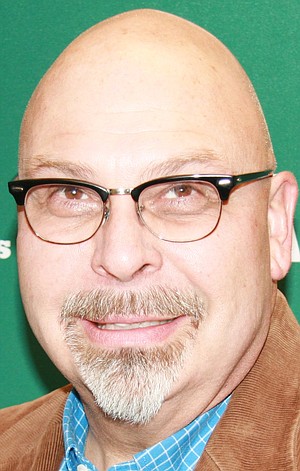