Car 'trouble' leads to love firing on all cylinders 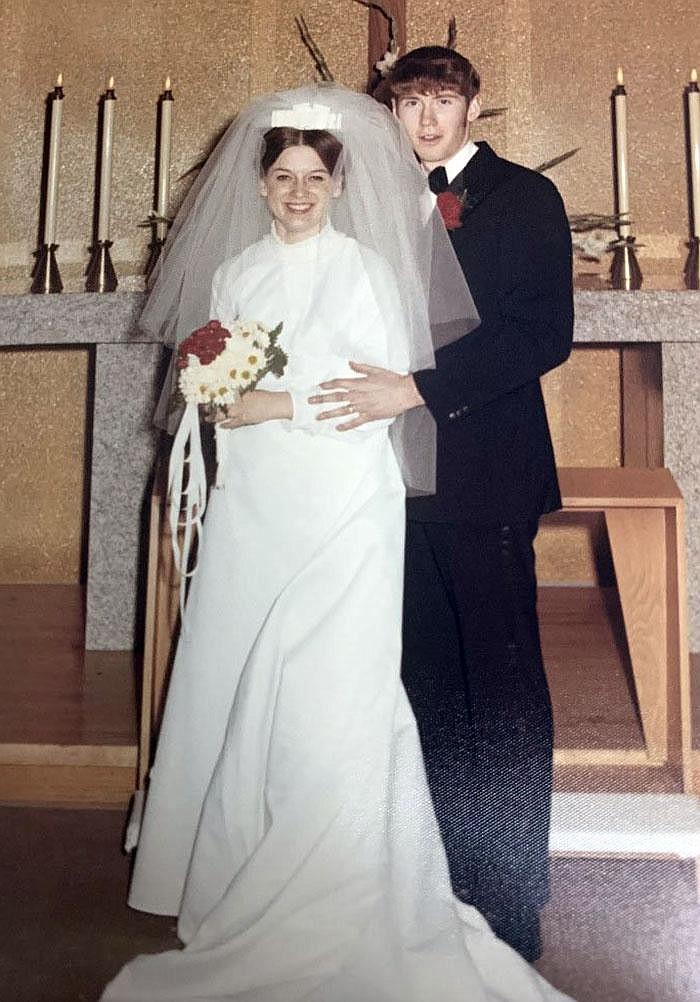 Roz Riley and Kevin Newton met at the service station where she took her family’s car when the check engine light came on. “They told me it was the muffler bearings,” says Roz, who admits the only thing she knew about cars is that they have four wheels. (Special to the Democrat-Gazette)

Roz Riley's first solo foray in the family car was bedeviled by the dreaded "check engine" light. Kevin Newton worked at a service station and was happy to check out Roz -- and her car.

Roz was one of the youngest in the junior class at her high school in Chicago in 1968.

"All my friends had been driving me around for almost a year," she says. "The night my dad let me drive the family car I picked up three friends and we all went out."

When the check engine light came on as they cruised around town, one of Roz's friends suggested they go to the station where her boyfriend worked. The boyfriend, with Kevin Newton standing by, gave Roz some bad news.

"They told me it was my muffler bearings," Roz says.

She could expect the repair to be costly and it needed to be done soon, they advised.

Roz dropped off her friends and went to break the news to her dad, who laughed heartily.

"I was so naïve. I didn't know anything about cars except that they had four wheels," says Roz, relieved when he told her there was no such thing as muffler bearings.

Kevin hadn't meant to cause her distress.

"We were just messing with these cute girls," Kevin says.

Kevin had seen Roz in the drive-thru at McDonald's with her friends, but she didn't notice him then and at the station she was too distracted by the news about muffler bearings to pay any attention.

Kevin, two years older than Roz and then a student at Prairie State College in Chicago Heights, got Roz's phone number from the friend who was dating his co-worker at the station, and he called to ask her for a date.

They went on a double-date with that couple to see "Guess Who's Coming to Dinner" at the theater.

"We were together a lot," she says.

He took her to her junior prom later that year, and, of course, to the post-prom afterward. When the dance was over they and the other guests changed into casual clothes and boarded a train bound from Chicago to Southern Illinois University in Carbondale, where they spent the day wandering around before boarding the train back home.

"The dads chaperoned and they walked up and down the aisles all night long," Roz says.

There was a band and dancing and there were sandwiches and snacks.

"We just had the best time," she says.

She and Kevin were devastated when Roz's family decided to move to Seattle in the middle of Roz's senior year of high school. Kevin flew out to see her a month after they got settled, just in time to celebrate Valentine's Day in 1969.

They had dinner and saw "Camelot" at the theater and as they sat in the car in front of Roz's house at the end of the evening, Kevin pulled out an engagement ring and asked Roz to marry him.

Roz started nursing school in Chicago in August 1969, returning home to Seattle for a bit after she finished in September 1970.

"It was weird going back to Chicago just two weeks before we got married," she says. "I thought, 'Oh, I hope he still loves me.'"

She had sewn velvet gowns for each of her four bridesmaids and planned the wedding from her parents' home in Seattle.

They exchanged their vows on Dec. 27, 1970, in Chicago, and some women from their church served cake and punch at a reception that followed.

"All of my grandmas and grandpas and family from Iowa had come to the wedding and my cousin, who's just a little bit younger than I am said, 'It was an awful long way to come for punch and cake,'" Roz says. "Kevin and I went to his wedding in Iowa after we got married and I just couldn't wait to tell him it was a long way to go for punch and cake."

A family friend had promised to rent a furnished house to the newlyweds for $100 a month as long as Kevin stayed in school. He and his best man painted the walls before the wedding. They lived in that house for a year and a half and then, following a vacation to visit Kevin's grandparents in Arkansas, they moved to North Little Rock.

They have two sons -- Kevin Jr. and Tyler, both of North Little Rock. They have one granddaughter, Georgia, 10.

Last Christmas, Roz and Kevin had their picture taken at the Capital Hotel in downtown Little Rock, and they were planning to celebrate their 50th anniversary there this year. The pandemic, however, nixed those plans.

"We'll probably stay home and have dinner," she says.

She says: “I thought he looked really nice. He had curly hair and he was cute. He was very quiet.”

He says: “I saw her driving through the McDonald’s drive-thru with her girlfriends and I noticed her big smile and her long hair.”

He says: “I was glad our long-distance relationship was over and we could be together forever and start sharing our hopes and dreams.”

She says: “Work with each other to accomplish all of your dreams together.”

He says: “Have a good sense of humor. That’s very important. Learn to compromise and keep it simple.” 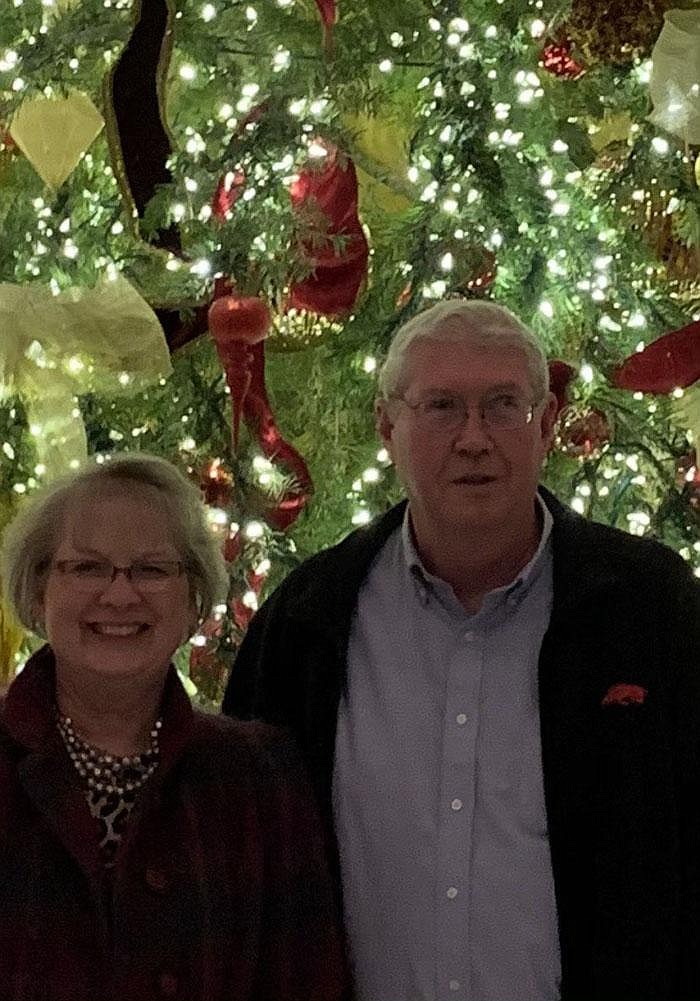 Roz and Kevin Newton had their picture taken last year at the Capital Hotel in downtown Little Rock. They had hoped to celebrate their 50th anniversary there today. “This covid put a stop on everything,” Kevin says. They will have dinner together at home instead. (Special to the Democrat-Gazette)
ADVERTISEMENT