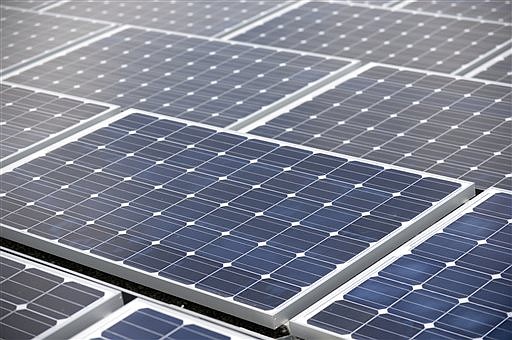 Entegrity, a Little Rock energy services company, has announced an energy-efficiency project with the Arkansas Department of Corrections.

This project, combined with the first phase that was completed in 2019, will help the department save more than $3.2 million per year between energy savings, operational savings, and capital expenditure avoidance, according to a news release.

"The improved efficiencies are yet another step the agency has taken under the leadership of Arkansas Corrections Secretary Solomon Graves to fulfill Gov. Asa Hutchinson's initiative for streamlined state government," according to the release.

In 2013, the Arkansas General Assembly passed Act 554 creating the Arkansas Energy Performance Contracting program. Act 554 allows Arkansas agencies to participate in energy performance contracts, in which a project's annual energy and maintenance savings are used to fully cover the cost of work over a specified period. Under the terms of the legislation and program guidelines, a project's annual savings must be guaranteed by the company performing the work.

"Since taking office six years ago, my administration has taken steps to transform Arkansas state government to become more streamlined and cost-efficient," said Hutchinson. "The latest project from the now consolidated Department of Corrections is exactly the type of transformation we hoped to see. I applaud Secretary Graves and Secretary [Becky] Keogh for the work they have done with their respective agencies in allowing cost saving projects like this to occur."

Graves said, "I'm excited for yet another initiative that will help us become more efficient in our operations without cutting services. This will result in improved delivery of services and will ultimately save the state and taxpayers money by allowing the Department to reallocate savings to meet other capital needs. I want to thank Governor Hutchinson, the General Assembly, and [the Energy and Environment Department] for giving us the opportunity to improve our facilities with the [energy-saving] program."

The Arkansas Department of Energy and Environment's Office of Energy oversees the energy-performance program, providing technical guidance and oversight on all projects.

Keogh, the Energy and Environment Department secretary, said the program "promotes efficiency in state government, having guaranteed Arkansas taxpayers nearly $500 million in savings since 2013. We commend the [Corrections Department] for its collaborative and innovative approach to reducing costs, conserving energy resources, and creating efficiencies."

The 2017 projects included converting more than 17,000 light fixtures to LED, composting food waste for use in prison farm operations, comprehensive heating and air upgrades, and conserving water through a variety of strategic upgrades. In addition, both projects featured 300 kW solar arrays at the East Arkansas Regional Unit and the Osceola facility.

Since completion, the actual annual savings from the first phase have exceeded the $1.1 million guaranteed by Entegrity to the Correction Division and the $612,000 guaranteed by Entegrity to Community Correction. The projects not only paid for themselves but also redirected funds back into the agency's budget. Building on the success of the first phase, both divisions have approved second phases.

Chris Ladner, Entegrity's founding partner, said, "We're honored to continue our work in assisting the [Corrections Department] improve performance and reduce waste. This project will create numerous short-term and longterm benefits that will benefit the agency and its facilities for decades to come."

Implementation is expected to start at the beginning of the year and be substantially complete in early 2022. This second phase of the projects are guaranteed by Entegrity to not only to pay for themselves but to also put money back into the state agency's budget.

Phase two savings will be realized by:

• Composting food waste through in-vessel, rotary drum digesters, reducing water and natural gas use by more than $150,000 per year.

• A 6.5 MW solar services agreement for the Correction Division and a 2.5 MW agreement for Community Correction, pending approvals from the Arkansas Public Service Commission. Together, the solar arrays will save the agency more than $250,000 per year.

The biggest differences between the first and second phases are the services agreements made possible by the 2019 Solar Access Act (Act 464), which passed with near unanimous support in the General Assembly.

The agreement will involve zero debt and enables the agency to purchase clean energy that takes advantage of federal tax credits. Combined, the projects result in guaranteed savings of $3.2 million a year for the department.

Graves said, "We are eager to start this second phase. It is one of many steps we will take in the coming year to improve our outcomes and do our part to continue the transformation of state government."