Some Republicans take aim at absentee balloting in key states that Biden won by ANTHONY IZAGUIRRE AND CHRISTINA A. CASSIDY THE ASSOCIATED PRESS | December 27, 2020 at 4:48 a.m. 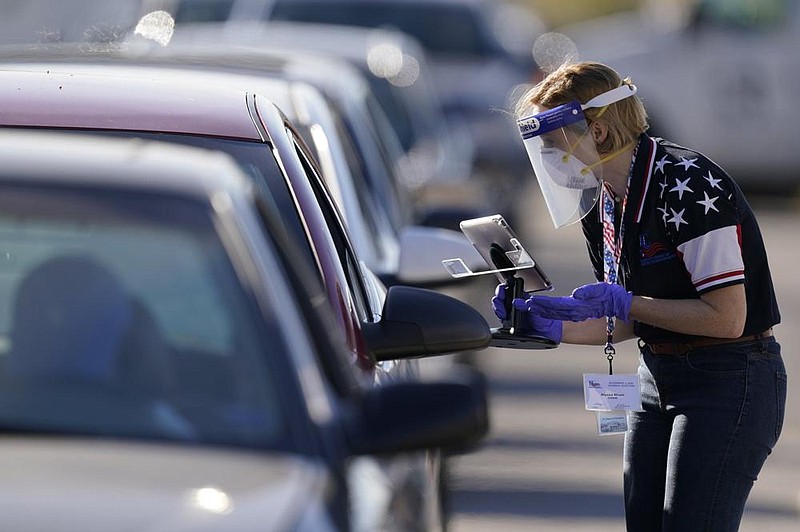 An election worker gives instructions to a voter during the Nov. 3 election at a drive-thru polling site in Kansas City, Mo. (AP/Charlie Riedel)

ATLANTA -- Changes to the way millions of Americans voted this year contributed to record turnout, but that's no guarantee the measures making it easier to cast ballots will stick around.

Republicans in key states that voted for President-elect Joe Biden already are pushing for new restrictions, especially to absentee voting. It's an option many states expanded amid the coronavirus outbreak that proved hugely popular and helped ensure one of the smoothest election days in recent years.

President Donald Trump has been unrelenting in his attacks on mail voting as he continues to challenge the legitimacy of an election he lost. His claims of widespread voter fraud have gained traction with some Republican elected officials, who are vowing to crack down on mail ballots and threatening to roll back other steps that have made it easier for people to vote.

"This myth could not justify throwing out the results of the election, nor can it justify imposing additional burdens on voters that will disenfranchise many Americans," said Wendy Weiser, head of the democracy program at the Brennan Center for Justice at the NYU School of Law.

An estimated 108 million people voted before Election Day, either through early in-person voting or by mailing or dropping off absentee ballots. That represented nearly 70% of all votes cast, after states took steps to make it easier to avoid crowded polling places during the pandemic.

A few states sent ballots to every registered voter, while others dropped requirements that voters needed a specific excuse to cast an absentee ballot. Many states added drop boxes and expanded early voting options.

The changes were popular with voters and did not lead to widespread fraud. A group of election officials including representatives of the federal cybersecurity agency called the 2020 presidential election the "most secure" in U.S. history.

Nevertheless, Republicans in Georgia have proposed adding a photo ID requirement when voting absentee, a ban on drop boxes and possibly a return to requiring an excuse for mail voting, such as illness or traveling for work on Election Day.

In Pennsylvania, Republican lawmakers have been writing legislation to address what they claim are problems with the 2020 election and mail voting in particular, even though courts and elections officials have found no evidence of widespread problems.

"We'd like to tighten it up as soon as we can," said Pennsylvania Senate Majority Leader Kim Ward.

Republicans hold majorities in both legislative chambers, and their support was instrumental in a year-old state law that expanded mail voting to all registered voters.

One bill being discussed would go so far as to repeal that law and force voters to state an excuse to receive a ballot in the mail.

Previous elections have shown that voters appreciate mail voting, no matter their party affiliation. Republican candidates down the ballot did well this year.

In Michigan, Republicans held every congressional seat and kept control of the Legislature despite Trump losing the state. Yet Republicans held a legislative hearing in which Trump's lawyers argued there were widespread irregularities.

"Just like we have seen a lot of legislators making ill-advised decisions to hold hearings that ended up being more political theater than policy debates, we can similarly expect legislators to further this hyperpartisan agenda to restrict the vote," said Michigan Secretary of State Jocelyn Benson, a Democrat.

Benson said lawmakers should instead look to the high turnout for the presidential election as a guide to improving what worked and then make changes sought by election officials, such as providing more time for clerks to process mail ballots. Michigan does not allow that work to begin until the day before Election Day.

Democrats and voting rights groups are pushing back, saying Republicans should be focused on protecting voter access to the polls. They say ID requirements accomplish little but have a high cost.

"It's a solution in search of a problem," said California Secretary of State Alex Padilla, a Democrat who was recently tapped to fill the U.S. Senate seat of Vice President-elect Kamala Harris. "It will undoubtedly have the net effect of disenfranchising a lot of people without necessarily improving election security."

Not all Republicans are seeking to add restrictions.

"Ohio's got a good thing going, but we don't want to rest on our laurels," said LaRose, who would have to get his changes through a Republican-dominated Legislature.

Kentucky Secretary of State Michael Adams said the pandemic forced the state to implement early voting, which proved popular among voters of both major parties.

The Republican said he thinks it's likely state lawmakers will create an early voting policy for subsequent elections and has heard of no opposition to that in the GOP-controlled legislature.

​​​​​Information for this article was contributed by Marc Levy, Ben Nadler and Julie Carr Smyth of The Associated Press. 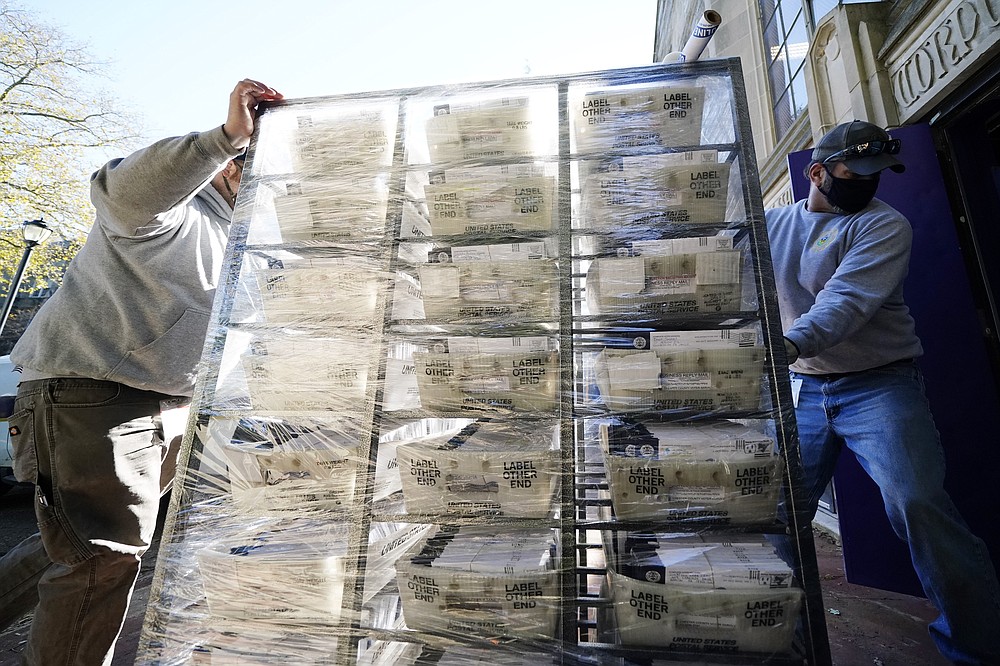 FILE - In this Wednesday, Nov. 4, 2020 file photo, Chester County workers transport mail-in and absentee ballots to be processed at West Chester University in West Chester, Pa. The pandemic triggered wholesale changes to the way Americans voted in 2020, but that's no guarantee measures making it easier to cast ballots will stick around for future elections. (AP Photo/Matt Slocum) 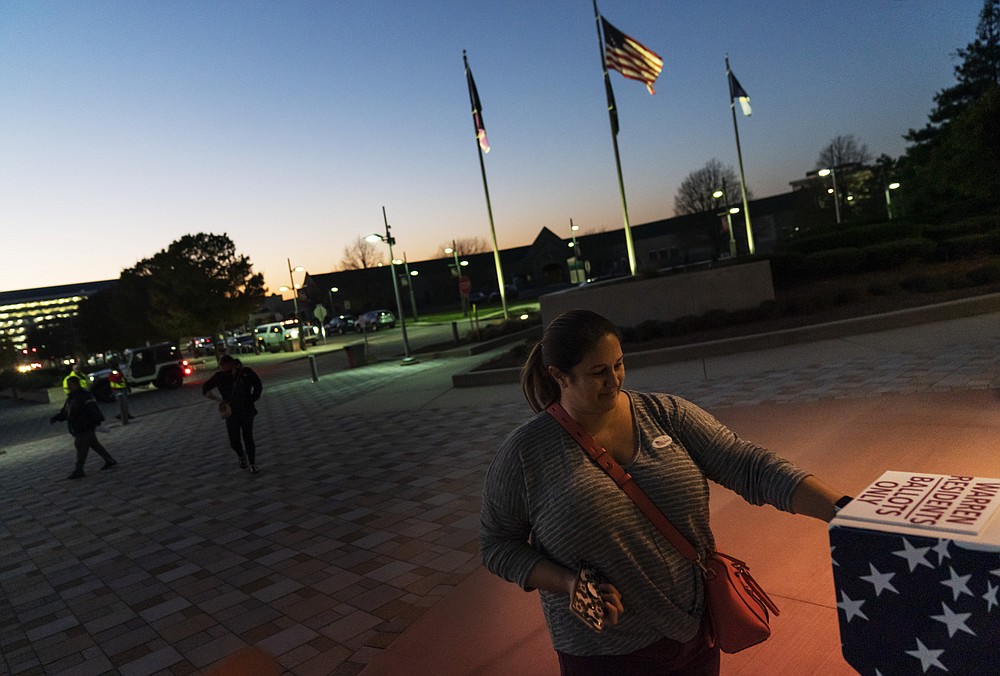 FILE - In this Tuesday, Nov. 3, 2020 file photo, Wendy Gill inserts her absentee ballot at a drop-off box as the sun sets on Election Day outside City Hall in Warren, Mich. The pandemic triggered wholesale changes to the way Americans voted in 2020, but that's no guarantee measures making it easier to cast ballots will stick around for future elections. (AP Photo/David Goldman) 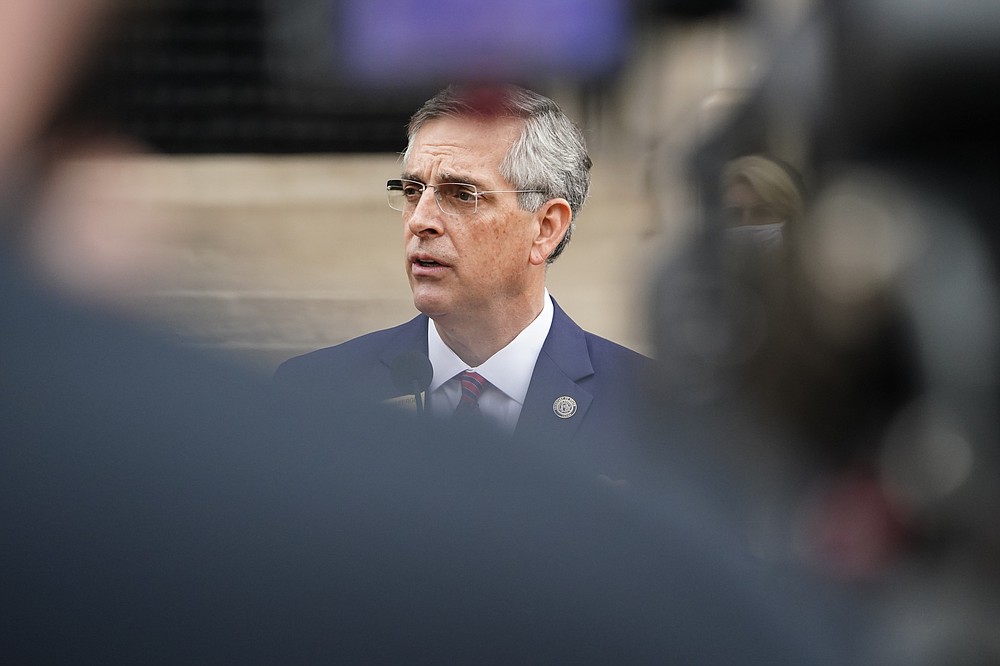 FILE - In this Wednesday, Nov. 11, 2020 file photo, Georgia Secretary of State Brad Raffensperger speaks during a news conference in Atlanta, announcing an audit of presidential election results that will trigger a full hand recount. In Georgia, Republicans have proposed requiring a photo ID when voting absentee, a ban on drop boxes and possibly a return to requiring an excuse for mail voting such as illness or traveling for work on Election Day. Early supporters of the ID requirement include Raffensperger and Gov. Brian Kemp. (AP Photo/Brynn Anderson) 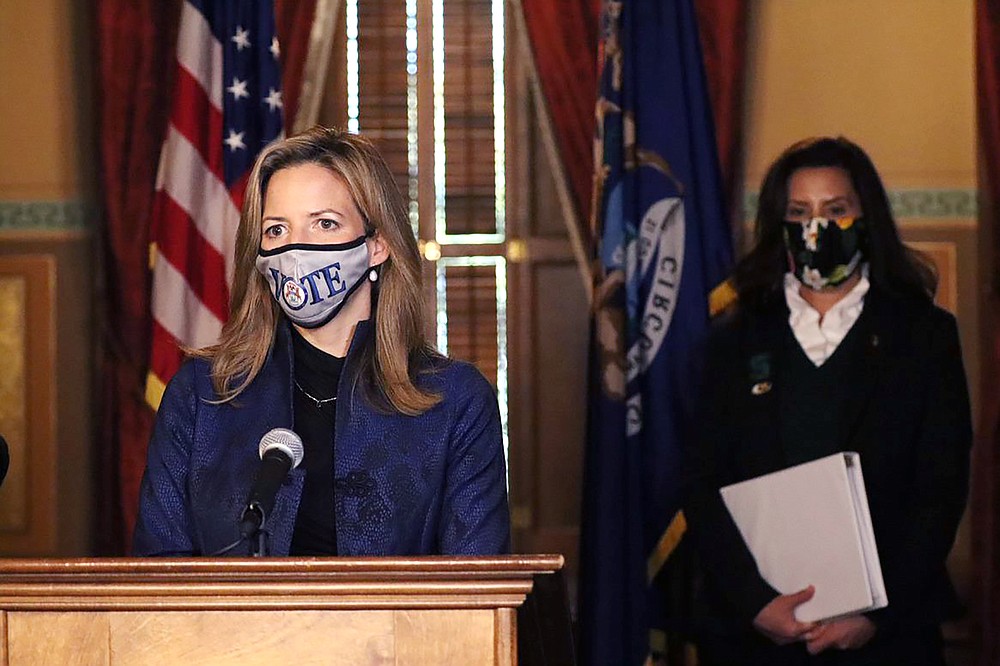 FILE - In this Wednesday, Oct. 28, 2020 photo provided by the Michigan Office of the Governor, Michigan Secretary of State Jocelyn Benson addresses the state in Lansing, Mich., accompanied by Gov. Gretchen Whitmer, background. “Just like we have seen a lot of legislators making ill-advised decisions to hold hearings that ended up being more political theater than policy debates, we can similarly expect legislators to further this hyper-partisan agenda to restrict the vote,” says Benson, a Democrat. (Michigan Office of the Governor via AP)
ADVERTISEMENT