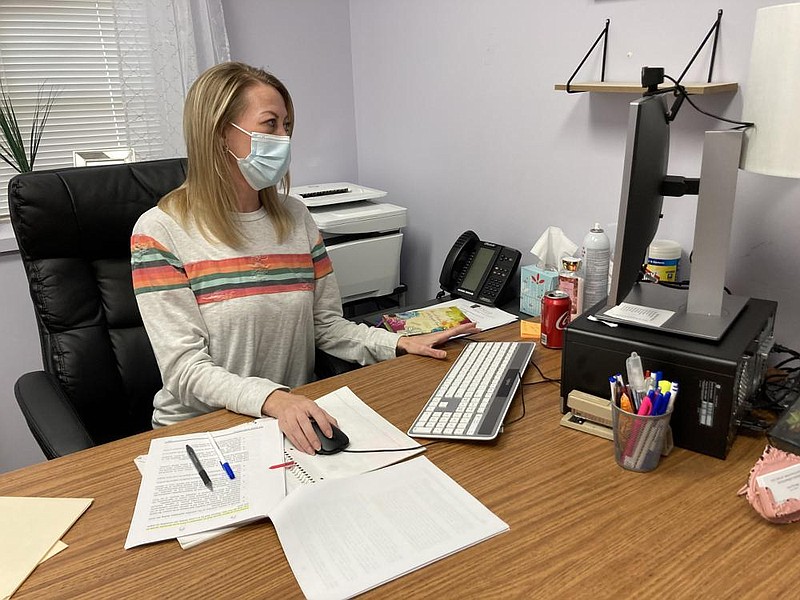 Owners of businesses that have been negatively affected by the coronavirus could qualify for a small-business loan.

That is the message from Lara Owings, loan officer at the Southeast Arkansas Economic Development District.

The district hired Owings in October to oversee the loan program, which has its roots in a $2.1 million grant the district received from the federal Economic Development Administration.

The program is designed to assist small businesses with no more than 150 employees and that are located within one of the district's 10 counties: Arkansas, Ashley, Bradley, Chicot, Cleveland, Desha, Drew, Grant, Jefferson and Lincoln.

"This is not for the cities or counties themselves," said Owings. "It's for these small mom-and-pop operations to help them keep their doors open and hang onto their employees."

Owings, who came to the district with almost two decades of banking and real estate experience, said she wants to get the word out to businesses that low-interest money is available to help keep a business open or to reopen a business that the covid-19 pandemic has impacted.

"This is an awesome program that not many people know about," Owings said.

Getting the word out looked more doable just a few months ago. It was then that Owings was setting up small face-to-face meetings with small-business owners. But then one person in one of the groups she was going to meet with tested positive for the coronavirus.

The interest rate on the loans is 4% -- "You can't borrow money from a bank for 4%," Owings said -- with a minimum loan of $3,000 and a maximum of $50,000. Payback starts six months after receipt of the loan, but with approval, that start date can be pushed back another six months, Owings said.

To qualify, a business had to be established by Jan. 1, 2019, so the money is not for starting a new business. But if the pandemic caused a business to close its doors, those businesses may qualify if the loan money will help the owner reopen, she said.

"We don't look at credit checks," she said. "That's the whole deal. We know they haven't been able to make their payments so we want to make sure they know that this money is for things like that."

"They were all open," she said of the businesses. "One of them was teeter-tottering, but we were able to help [keep] him from closing his doors and having to let his employees go. He was able to bring his business back, which was ideal. We want people to keep their jobs."

The goal is to loan out half of the money pool by July 1, 2021 and to loan out the other half by June 30, 2022, said Patrecia Hargrove, executive director of the district.

If the district is unable to attract enough customers for the loans, those running the federal program that allots the money "will look at this area and say, 'you don't need it and maybe some other area needs it more,'" Hargrove said. "And I know Southeast Arkansas, and I know many businesses need these funds."