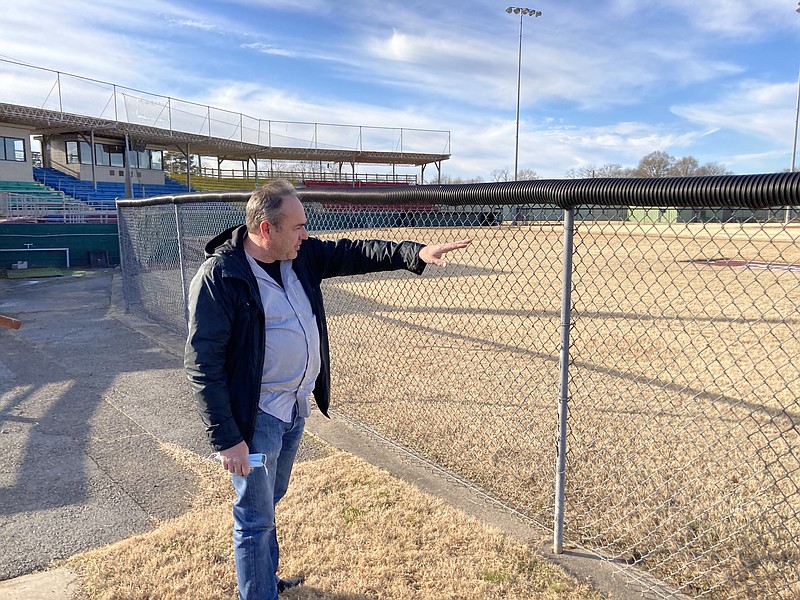 Rob Cheatwood, president of the Taylor Field Commission, points to the the outfield fence, which was damaged by a storm and was recently repaired. (Pine Bluff Commercial/Byron Tate)

Thirteen organizations have received a total of $177,000 in grants from the Pine Bluff Advertising and Promotion Commission.

To qualify for the grants, organizations had to apply and describe how the money would be used to enhance visual, culinary and performing arts as well as Delta heritage and sports and recreation in a way that increases tourism and has a positive economic impact on the city.

"Our grant funding is extremely important to all of our recipients, and was especially crucial to our year-round funding recipients this year due to covid," said Sheri Storie, director of the commission. "Even though our museums and attractions had to close their doors for a period of time -- and some are still closed to the public -- they still have to maintain their facilities and pay their essential workers. They have seen a decrease in their memberships and donations, and lost revenue from special events and programs that had to be canceled."

The grants ranged from $1,500 to $30,000 and were awarded during the commission's November and December meetings.

The Arts and Science Center for Southeast Arkansas received $30,000, which will be spread over three different venues -- it's main art center and then the new ArtSpace on Main and ArtWorks.

Rachel Miller, center director, said the money would be used for marketing and promotion efforts that would range from buying print, radio, television and social media advertising to mail-outs to upgrading the center's website to include the two new downtown art spaces.

Miller pointed out that most of the center's programs are free, and there is no admission fee to enter the building. Consequently, most of the money the center has to operate on comes from grants, support from the city of Pine Bluff and the A&P grant.

Rob Cheatwood, a Pine Bluff businessman and president of the Taylor Field Commission, said the money was appreciated and was needed to help keep the ball park open and operating so it can be ready when the pandemic passes and games and tournaments return.

"We feel like we do exactly what the intent of the A&P Commission is," Cheatwood said on Monday as he surveyed the field.

The park, he said, operates on a small budget, getting about $20,000 to $30,000 from the city, as well as the A&P grant and some revenue from signs that line the outfield walls. He said the facility has hosted world series and other Babe Ruth tournaments over the years, with each one bringing in eight to 12 teams that, in turn, bring in numerous tourists that stay in hotels, eat out and shop.

Other agencies that received funding include:

Four other agencies that had to cancel their events for 2020 were able to carry over what they received last year. Those agencies are:

Storie said there was a chance that if revenues rise in 2021 there could be a second round of applications accepted for the grants but that considering the covid pandemic and how it has affected tourism, she doubted that would happen. Still, she said, the organizations that received the grant money were in dire need of it.

"I have spoken with several grant recipients who have said that without our funding, they would have to cut programs, staff, services," she said. 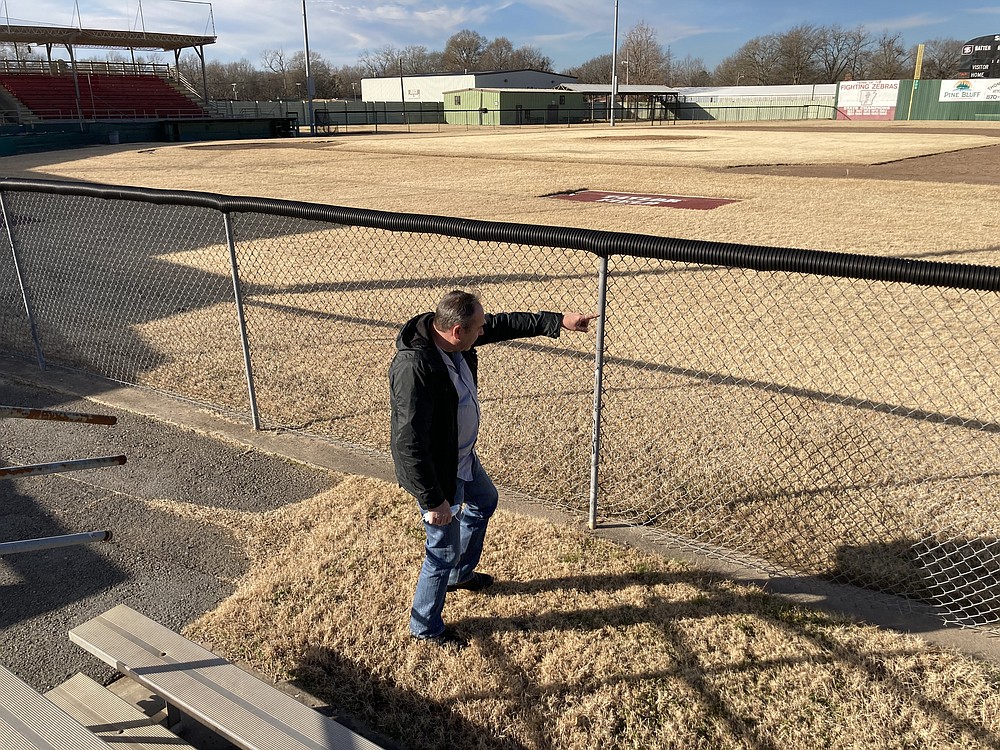