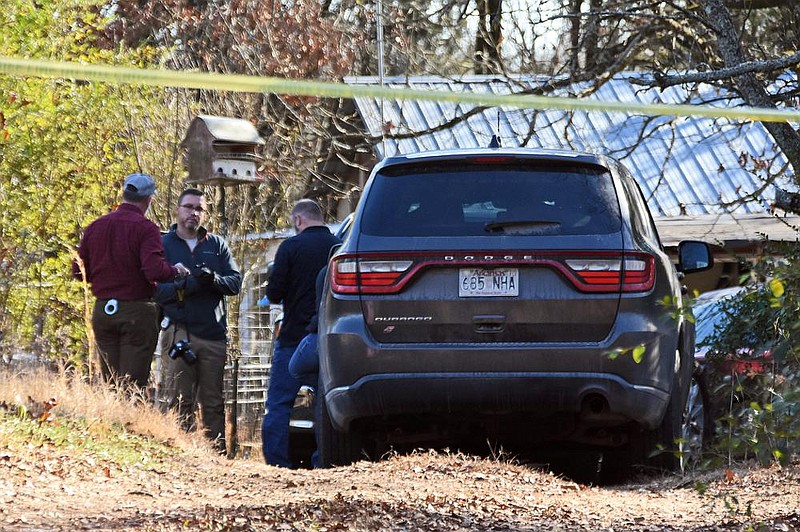 Authorities in Pope County on Monday released the identities of the five people who were found killed on Christmas Day near Atkins.

In a news release, Sheriff Shane Jones said that evidence collected at the scene led investigators to determine that the deaths were a murder-suicide, though no information was provided about who was responsible or the nature of the deaths.

Jones identified the victims as Patricia Patrick, 61; Jaquita Chase, 31; Abigail Heflin, 12; Levenah Countryman, 10; and Danielle Collins, 7. The relationship of the victims was not disclosed, though authorities initially described the killings as "domestic related."

"While all loss of life is heartbreaking, this situation has been particularly tragic," Jones said in the news release. "Anytime children are senselessly taken from those who love them, the pain is beyond compare. When you add to that the loss of the adults involved, the pain is unfathomable.

"There are so many family members and friends who are hurting, dismayed and in shock over the events of this past Christmas Day," he said. "We need to keep them in our prayers, as they will need many in the days ahead, and continue to reach out to them to offer any assistance possible."

Authorities were called to the home in the 5100 block of Pine Ridge Road just after 5 p.m. Friday, after a family member discovered the bodies, Jones said.

Authorities believe at least some of the victims had been shot, the sheriff said.

Atkins is a small town that for years was sustained in large part by the Atkins Pickle Co., which meant jobs and a bit of culinary recognition until the plant closed in 2002, according to the Encyclopedia of Arkansas.

One of the neighbors on Pine Ridge Road on Saturday said Friday's killing reminded her of another Christmastime tragedy in Pope County -- 33 years ago.

Over the Christmas weekend in 1987, Ronald Gene Simmons killed 16 people, including members of his family, in nearby Dover and Russellville.

It was the worst mass murder in the history of Arkansas, according to the Encyclopedia of Arkansas.