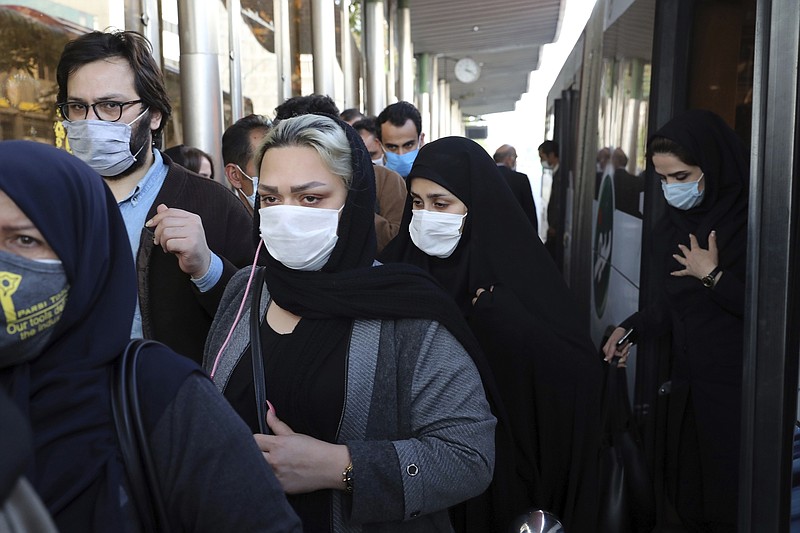 FILE - In this Oct. 11, 2020, file photo, people wear protective face masks to help prevent the spread of the coronavirus in downtown Tehran, Iran. Iranian media reported on Monday, Dec. 28 that an unidentified group of U.S.-based philanthropists plans to send 150,000 doses of the Pfizer vaccine to Iran in the coming weeks, in a step that could bring the hardest-hit country in the Middle East closer to inoculating its citizens against the coronavirus. (AP Photo/Ebrahim Noroozi, File)

TEHRAN, Iran -- An unidentified group of U.S.-based philanthropists plans to send 150,000 doses of the Pfizer vaccine to Iran in the coming weeks, Iranian media reported Monday, in a step that could bring the hardest-hit country in the Middle East closer to inoculating its citizens against the coronavirus.

Details remained scarce in the report by semiofficial Tasnim news agency. It quoted the chief of the country's Red Crescent Society as saying he expects the vaccine created by American drug maker Pfizer and its German partner BioNTech to be imported by Jan. 19 "based on coordination with a group of benefactors in the U.S."

Iran has struggled to stem the worst virus outbreak in the Middle East, which has infected over 1.2 million people and killed nearly 55,000.

Karim Hemmati, the Red Crescent director, said his organization plans to receive an additional 1 million vaccine doses, which on Sunday the semiofficial Khabaronline.ir news website reported would come from China. The vaccines will be offered to citizens free of charge, Hemmati said.

Officials have said previously that importing the Pfizer vaccine, which must be shipped and stored at minus 94 degrees, poses major logistical challenges for Iran.

Iran has signed up for COVAX, an international program designed to distribute coronavirus vaccines to participating countries regardless of their wealth. It's run in part by Gavi, The Vaccine Alliance. which says the U.S. Treasury's Office of Foreign Asset Control has already issued a license for Iran to take part. The U.S. Treasury has not reacted to Iran's participation.

The chief of Iran's central bank, Abdolnasser Hemmati, told state TV last week that Iran had received approval to transfer a $244 million payment through an unnamed bank in a "third country" to obtain nearly 17 million doses of vaccines from COVAX. He did not provide further details, such as which vaccine or how the money would be sent. Under COVAX rules, Iran could at a maximum order enough doses to vaccinate half of its 82 million people.

President Hassan Rouhani said Saturday that Iran would refuse to make the COVAX payment through U.S. financial institutions for fear of confiscation. Since the start of the pandemic, political figures in Iran have pushed anti-American conspiracy theories about the spread of the virus and vaccine production, dismissing the prospect of U.S. assistance.

"Who trusts you? Wherever you found our money you stole it," Rouhani said.

He added that Iran would not participate in human trials of foreign-made vaccines, vowing to provide the country with imported and locally produced vaccines.

Although Iran retains routes to vaccines despite sanctions, including through its participation in COVAX, international banks and financial institutions are reluctant to deal with Iran for fear of American penalties.

Meanwhile, hard-line officials in Iran's Revolutionary Guard have rejected the use of foreign-made vaccines altogether. Last week, deputy chief of the Revolutionary Guard, Gen. Mohammad Reza Naghdi, said the Guard "does not recommend the injection of any foreign vaccine" candidates based on genetic material known as messenger RNA, which carries the instructions for cells to make proteins. 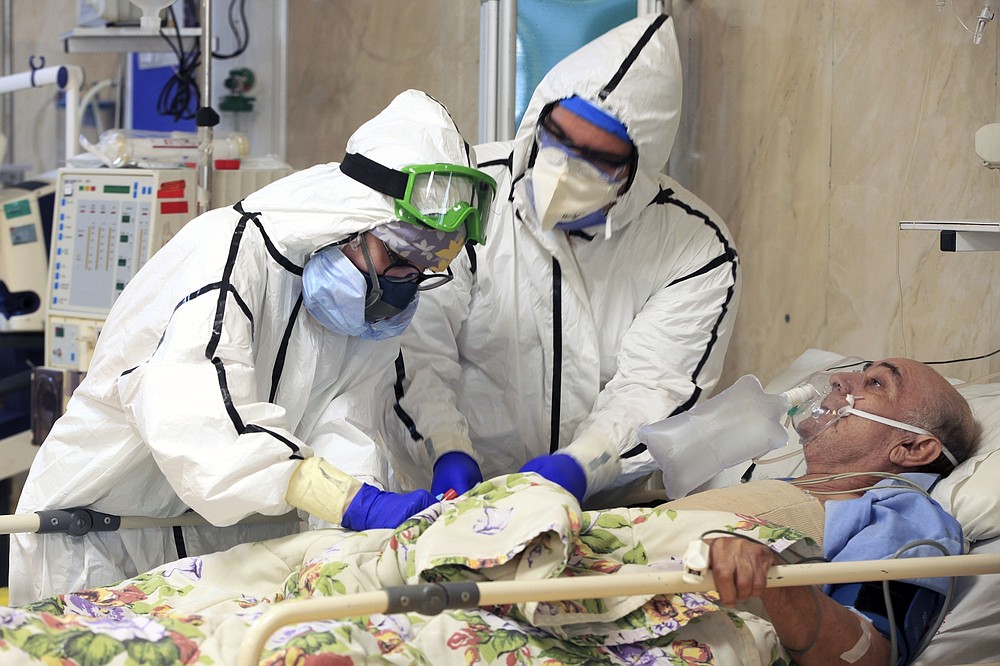 FILE - In this Oct. 14, 2020, photo provided by the Iranian Health Ministry, medics tend to a COVID-19 patient at a hospital in Tehran, Iran. Iranian media reported on Monday, Dec. 28 that an unidentified group of U.S.-based philanthropists plans to send 150,000 doses of the Pfizer vaccine to Iran in the coming weeks, in a step that could bring the hardest-hit country in the Middle East closer to inoculating its citizens against the coronavirus. (Akbar Badrkhani/Iranian Health Ministry via AP, File)
ADVERTISEMENT