Stocks pull back a bit after hitting record highs 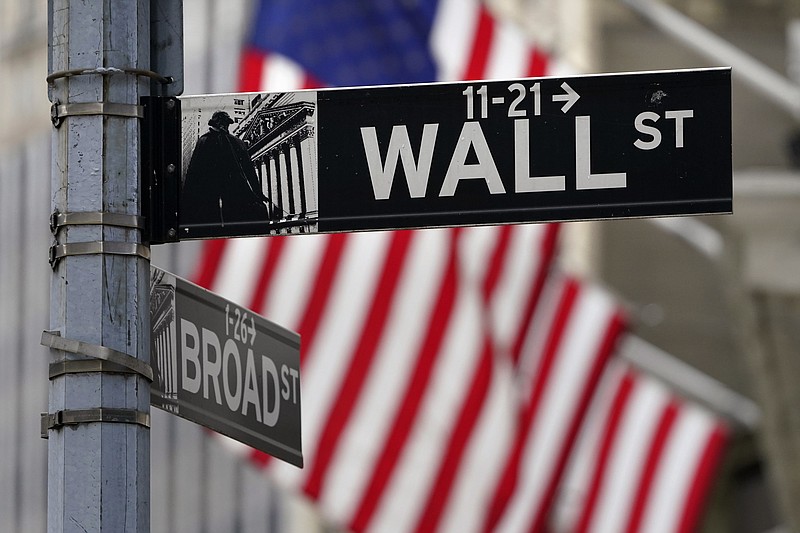 FILE- In this Nov. 23, 2020, file photo, a street sign is displayed at the New York Stock Exchange in New York. Stocks rose in early trading Tuesday, Dec. 29, 2020, as investors continue to close out positions for the New Year and after President Donald Trump signed into law the $900 billion coronavirus economic stimulus package. (AP Photo/Seth Wenig, File)

The S&P 500 slipped 0.22%, the benchmark index's first decline in four days. Investors shifted money away from technology companies, which have been among the biggest winners since the pandemic began. Industrial and financial stocks also fell broadly. Those losses outweighed gains in health care stocks and companies that rely on consumer spending.

"That segment is probably due for a little bit of a pullback given its outperformance," said Terry Sandven, chief equity strategist at U.S. Bank Wealth Management.

The market's pullback follows a strong, record-shattering run on Wall Street in recent weeks amid optimism that coronavirus vaccinations will pave the way in the coming months for the economy to escape from the pandemic's grip. With two days of trading left in 2020, the S&P 500 is up 15.4% this year while the Nasdaq is up 43.2%.

Wall Street set fresh records on Monday after President Donald Trump signed a wide-ranging spending bill that includes $900 billion in covid-19 aid and reams of other legislation on taxes, energy, education and health care. Investors hope that the measures will help tide the economy over until more people get vaccinations and help it through its pandemic-induced slump.

"We're kind of seeing the same thing we've been seeing, the dichotomy between where the financial markets are and where the actual economy is," said Charlie Ripley, senior investment strategist for Allianz Investment Management.

The recent round of aid from Washington was mostly expected, and it would have taken a much bigger package to really make markets jump, he said.

Treasury yields moved higher Tuesday, a sign of confidence in the economy. The yield on the 10-year Treasury rose to 0.93% from 0.92% late Monday.

Trading has been thin as a tumultuous 2020 draws to a close. The market will be closed Friday for New Year's Day.