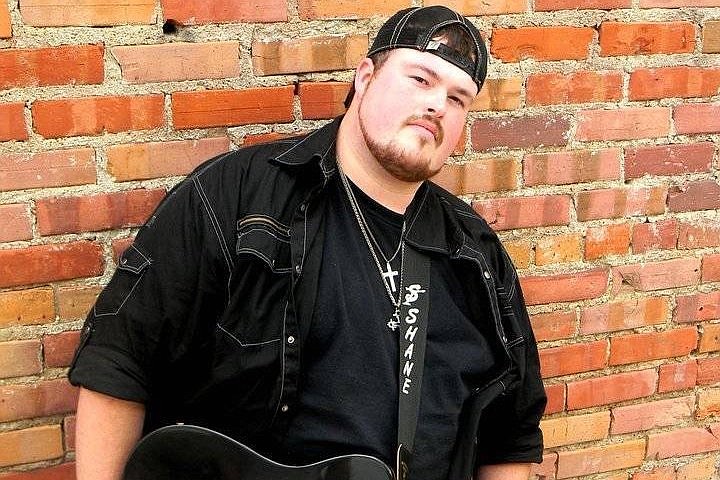 Big Shane Thornton plays The Library today, but reservations are required. (Special to the Democrat-Gazette)

Live music is in short supply again this holiday weekend, what with covid-19 restrictions that suggest avoiding crowd scenarios, which New Year's Eve has always been all about. But there are a few places that will offer limited opportunities to do so.

Big Shane Thornton will perform from 7 to 10:30 p.m. today, at The Library Kitchen & Lounge, 313 President Clinton Ave., Little Rock. Admission is $55 with meal or $20 without meal; both include a champagne toast.

Thornton, who was born in Cabot, moved to Nashville, Tenn., to pursue a career as a country singer-songwriter, and has written songs that have been hailed, such as "Doin' My Best," "I Could Get Used to This" and "That'll Be Christmas." He has opened shows for Florida Georgia Line, Lee Brice, Jerry Jeff Walker, Delbert McClinton and Joe Diffie.

As The Library explains on its Facebook site: "Since we can't stay open till midnight, we'll be toasting every hour, until curfew at 11 p.m. Seating will be by reservation ONLY so give us a call or email ASAP. We will keep socially-distanced and safe, so of course will have limited seating."

"Family Countdown to 'Noon Year's Eve'" will be a free livestream presented by Tunes with Tim & Monica + Andy at 11:30 a.m. today. To register for the "free, family-friendly, formal, festive, fantastically fun event," go to tinyurl.com/yauz5egr.

Tim is a Chicago "indie rocker" who, since 2013, has performed music for kids and families, using a "wide repertoire of original and classic songs, from nursery rhymes to Beatles songs to inspire families to sing, play and dance together, while teaching the basics of music."

◼️ The Avett Brothers will perform at 7 p.m. today on a livestream on nugs.net, hosted by Blumenthal Performing Arts in Charlotte, N.C. Tickets, $39.99 (HD) or $49.99 (4K), which include 48-hour access to the video, are available at Eventbrite.

◼️ The Vienna Philharmonic New Year's concert, featuring music of the Strauss family and its contemporaries, will be held online at 10 a.m. Friday on 91.3 FM, kvlu.org, a station in Beaumont, Texas.

◼️ Crossover classical/pop piano virtuoso Reuel will perform a livestream broadcast of his 2018 holiday album, "First Snow," at 2 p.m. Friday from Studios at Fischer (a state-of-the-art facility in the Texas Hill Country between Austin and San Antonio).

The concerts will be carried on the Live at SF YouTube and Studios at Fisher Facebook, as well at Reuel's Facebook page. Past performances are archived and can be viewed on the YouTube post broadcast; to take a virtual tour online, go to StudiosatFischer.com.

◼️ The 24th annual Townes Van Zandt Wake will be held virtually at 5 p.m. Friday, hosted on Facebook by the Old Quarter Acoustic Café in Galveston, Texas. Donations are not necessary but appreciated.

◼️ Singer-songwriter Malcolm Holcombe will do the 11th in his series of "Backyard Shed Sessions" at 1 p.m. Sunday, when he will play an acoustic version of his 2018 album, "Come Hell or High Water," on his YouTube and Facebook sites. Tips are appreciated but not necessary. Holcombe was a frequent favorite performer at White Water Tavern in Little Rock.

◼️ Bill Jagitsch, renowned for building cigar box guitars when not repairing Apple computers, will do a livestream on Facebook at 8 p.m. Sunday, which he does each Sunday.

READ IT ... but watch out for the rabbit hole

While we frequently mention the virtues of things worth taking a gander at on pastemagazine.com, there are many other fine places to find musical information that might be worth uncovering, such as Pop Matters, Consequence of Sound, Pitchfork and No Depression. One we believe we have neglected to ever recommend is Perfect Sound Forever, which comes up online as furious.com.

There are a vast range of areas on this site, with essays, grouped in categories such as "Tributes," "Articles" and "Interviews" about music both known and unknown. For instance, Beatles fans will enjoy this one: "Their best (relatively unknown) song," What is it, you ask? "And Your Bird Can Sing," and while you may not agree that it's the band's best, it certainly qualifies as relatively unknown when compared to all the hits, as it were.

There are articles on some lesser-known folks, such as David Ackles, Mary Lee's Corvette, Any Trouble, Asylum Street Spankers, Blue Nile, Greg Brown, Built to Spill and Suzi Quatro, to mention just a small sample of performers I would choose to check out. But it's fun to check out a few of whom you know nothing.