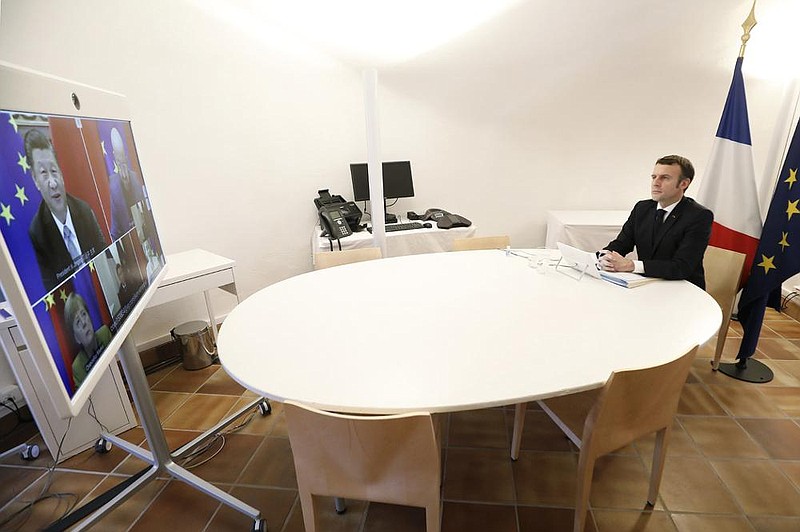 German Chancellor Angela Merkel -- whose country holds the rotating presidency of the EU -- and French President Emmanuel Macron also took part in the discussions with the Chinese president, the EU said.

"We are open for business, but we are attached to reciprocity, level playing field and values," von der Leyen said.

The videoconference launched a ratification process that will take several months as the text of the agreement still needs to be legally reviewed and translated before it is approved by the EU Council. To enter into force, the agreement will then need to be ratified by the European Parliament, and the issue of human rights could be a sticking point.

According to the EU, the deal was brokered after China committed to pursue ratification of the International Labor Organization's rules on forced labor.

But China has a long history of ratifying human rights treaties and ignoring them. Critics question whether the E.U., having made a deal, will be in a strong position to stop that from happening again.

On Tuesday, the EU expressed concerns about "the restrictions on freedom of expression, on access to information, and intimidation and surveillance of journalists, as well as detentions, trials and sentencing of human rights defenders, lawyers, and intellectuals in China."

Macron stressed EU nations' "concerns" over human rights and called for the "closing of internment camps," according to the speech provided by his office. He also pleaded in favor of "measures aiming at banning forced labor" and wished for "a visit of independent experts from the United Nations."

The EU hopes the agreement will help correct an imbalance in market access and create new investment opportunities for European companies in China by ensuring they can compete on an equal footing when operating in the country. EU companies face competition from state-owned Chinese enterprises that may get government support and easier access to financing.

Xi said China and the EU "rose to the challenge" despite the impact of the coronavirus pandemic, the official Xinhua News Agency said. Xi said the agreement will provide greater market access and "brighter cooperation prospects."

China is crucially important to Germany, where companies like BMW, Daimler and Volkswagen make a large share of their profits in the world's largest car market. The director general of the Federation of German Industries, Joachim Lang, said the agreement was "a significant step" but added that "what is decisive is rather how the Chinese government in fact implements these improvements and if the planned implementation mechanisms take effect."

The 27-nation bloc said the agreement will give additional access to many areas, including the electric cars and hybrid vehicles sector, as well as private hospitals, telecoms, cloud and financial services, international maritime transport and air transport-related services.

But it has the potential to cause tension with the administration of U.S. President-elect Joe Biden only weeks after the EU proposed a trans-Atlantic dialogue to address "the strategic challenge presented by China's growing international assertiveness."

The EU, however, said the investment agreement will give the EU the same level of market access in China that the United States has and insisted that the deal will benefit other trading partners by getting China to commit to high standards of conduct.

Beijing is emphasizing business and investment ties with Europe at a time when tensions with Washington over Chinese industry development ambitions and spying allegations have disrupted access to U.S. markets and technology. Xi made no mention of China's tariff war with Washington but invoked free trade and multilateralism, an indirect criticism of President Donald Trump's "American first" policies that reject multinational agreements.

Xi expressed hope that Europe will "adhere to free trade" and create a nondiscriminatory environment for Chinese investors, according to Xinhua. It said he noted China and Europe "support multilateralism."

Beijing has tried without success to recruit France, Germany and other governments as allies against Washington. They criticize Trump's tariff increases and other tactics but echo U.S. complaints that Beijing violates its market-opening commitments and steals or improperly pressures foreign companies to hand over technology.

The EU said the agreement, which includes provisions for settling disputes, should increase the transparency of Chinese state subsidies and make sustainable development a key element of the relationship between the EU and China.

The deal also includes clear rules against the forced transfer of technologies, a practice in which a government requires foreign investors to share their technology in exchange for market access.

Information for this article was contributed by David McHugh, Sylvie Corbet and Joe McDonald of The Associated Press; and by Emily Rauhala of The Washington Post. 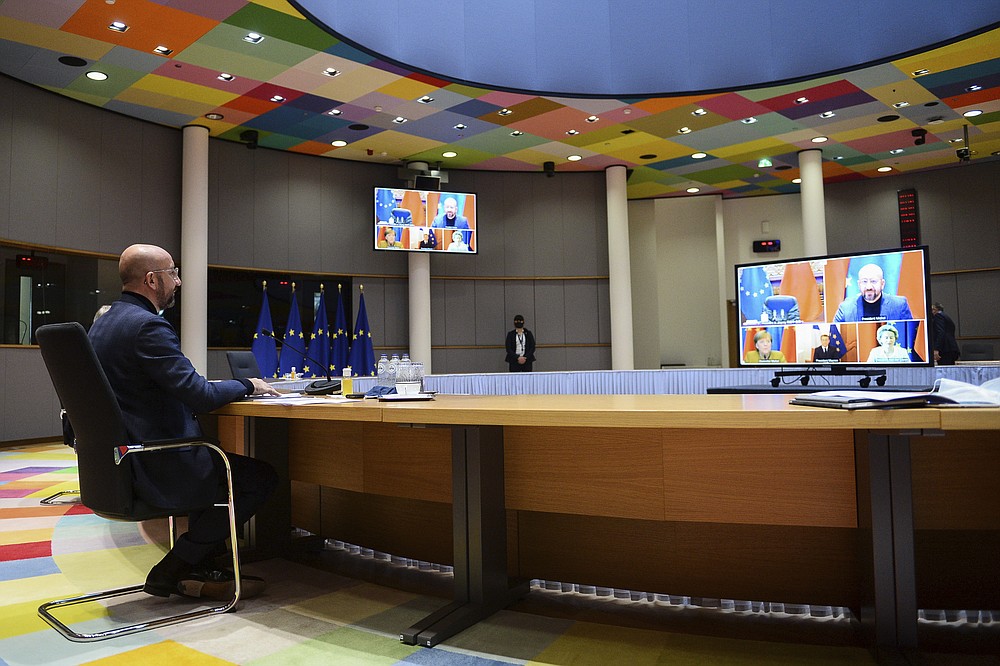 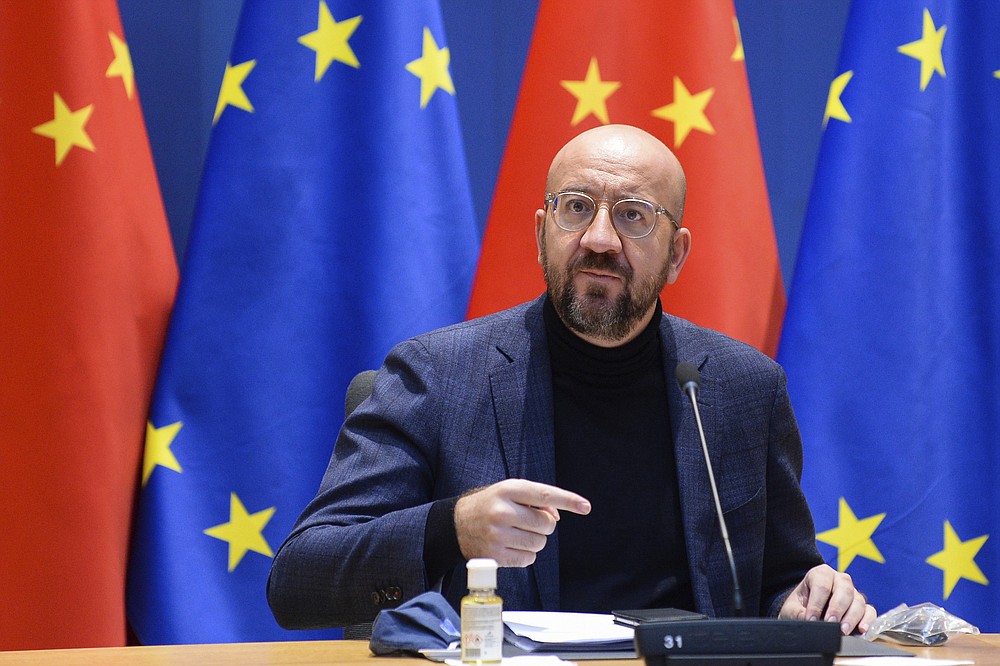