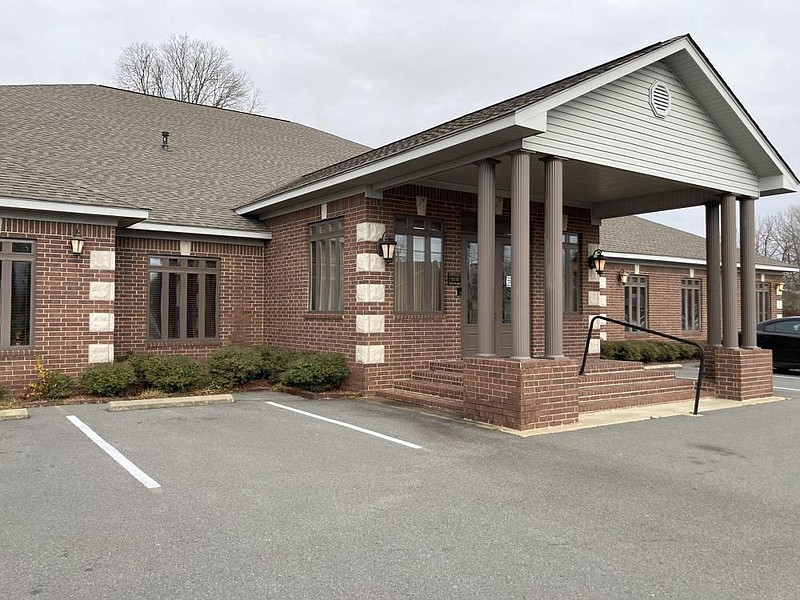 Family and friends say the Kevin Curl Jr. that they knew was a hardworking, respectful young man and not the monster he has been portrayed as by others.

On Tuesday, loved ones said their final goodbyes to the 22-year-old Curl, who, according to police, was shot by paramedic John Spriggs Sr. and who died early on Dec. 17.

According to the Pine Bluff Police Department report, Spriggs, 41 said he returned fire after Curl started shooting at him and at paramedic Joshua Godfrey, 35, after an altercation started between Spriggs and Curl.

Despite what has been reported, Curl's family said they believe there are some inconsistencies and embellishments in the police report. They also want to know why a paramedic was able to carry a personal weapon on the job and what the ambulance service's policy is regarding its employees carrying guns. They say they also want to know what really happened that day.

Josh Bishop, CEO of EASI ambulance service, has told the Pine Bluff Commercial previously that he does not want to discuss his company's policy on EMTs carrying weapons until the investigation into this incident has been completed.

Candace McDonald of Indiana, Curl's aunt, said Curl and his siblings were like her own children after they lost their mother -- her sister -- 10 years ago.

Comments on social media have said that Curl was a thug who was abusive to his girlfriend and that his violent nature had led him to die a violent death.

But McDonald defended her nephew.

"Kevin is not a violent person. He is a sweet person," said McDonald, who went on to say that she feels Curl was either threatened or provoked during the incident and that he felt he needed to defend himself.

"Just like any young black man with all of this going on in the world right now, they are on guard," she said. "There is that tension when you have someone white of authority who abuses their authority."

According to the incident report, the girlfriend, Nia McElrath, 20, called the ambulance because she was having knee pain, stating she and Curl had gotten into an altercation and that he had slammed her on the ground. But according to McElrath, she never told the paramedics or gave any statement to police that Curl had done that to her.

"I called the paramedics because my knee was hurting and they came," said McElrath, who was in the back of the ambulance when she said she heard the paramedics and Curl arguing.

"Kevin wanted to go with me to the hospital," she said.

The police report said that Spriggs stated that a shirtless man with a blanket wrapped around him had beaten his girlfriend, but McElrath said there was never any domestic violence. Bishop said that, had the call to 911 mentioned that McElrath's injury had been the result of domestic violence, the police would have responded.

Earlier that day, McElrath said, the couple had had an argument, but they were fine by that night. The next day they were going to see a doctor and expecting to see the first sonogram of their unborn child, and they couldn't wait to share the good news with their family and friends.

"They had argued, made up, and were sitting in the car all lovey-dovey," said Curl's father, Kevin Curl Sr. "They were in the house the whole time, so if they were arguing like that I would have stopped them." Curl Sr. said his son was a loving and caring young man who liked to joke around, make people laugh, and hated for people to be mad at him. He also said his son owned his gun, had a license to carry a concealed weapon, and had no felonies.

"Check his records; he was good," said Curl Sr., who said he was hurt because his son is being inaccurately portrayed as being violent and a thug. "My son was legit all the way," Curl Sr. said. "I tried to tell him to do things the right way so you don't have any problems with the police. That's what I instilled in him." Curl Sr. said his son was a hard worker and had just bought himself a brand new car and was excited about his future.

Now the family is demanding answers.

According to Curl Sr., police detective Keith Banks told him it will be weeks before the investigation is wrapped up. When the Pine Bluff Commercial reached out to Banks on Tuesday, inquiring about the investigation and McElrath's statement, he said her statement hadn't been released yet and that the case was still open and no additional information would be released at this time.

According to the police report that was released on Dec. 17, Spriggs and Godfrey had McElrath in the back of their ambulance rendering aid to her when Curl walked up to them aggressively. Spriggs stated he told Curl to back up, at which time Curl walked up to him, pushed him and asked him what he was going to do about it.

McDonald said she doesn't believe the incident happened that way. McElrath said she couldn't see what was going on but could only hear the commotion while in the back of the ambulance. She said she stayed inside the ambulance until another paramedic showed up who then put her into a new ambulance and took her to the hospital. She said she never spoke to the police and was never questioned by them and was shocked when she later found out at the hospital that the paramedic had a gun and had killed her boyfriend.

McElrath said she was so distraught and crying at the hospital.

"The only people she spoke to were the doctors who asked her about her injuries, and when she asked them how was Kevin, that's when she was told he didn't make it," said McDonald.

The police reported Curl was found lying on the kitchen floor of 1409 West 23rd and that he had already succumbed to his injuries before the arrival of a police officer who said it appeared Curl had been shot in the chest.

"When he [Curl] made it to my side door, I heard him calling my name 'Dad,'" said Curl Sr. "I jumped out the bed and came running. I raised his shirt up and seen where the bullet hole was."

Curl Sr. said when his son fell to the kitchen floor, he started looking for a towel to put pressure on his son's wound. A few minutes passed, and he said Curl was still with him as he screamed out of his side door for help.

Additional bullet holes were discovered a few days later by Curl Sr. in his home. He also said he believes his son was shot in the back while he was running home. "The neighbor's house was also hit, which shattered her window," said Curl Sr., who added that a trail of blood shows where his son was hit, beginning at his carport continuing inside his home.

"Since when is that how a paramedic reacts? Because I know paramedics go on the scene of very hostile environments and are supposed to be trained to deal with that," said McDonald, who added that she felt the paramedics, if properly trained, could have deescalated the situation or called the police from the beginning. "My thing is when do you start to retaliate and fight with someone instead of calling for assistance--not make the situation what it was."

McDonald said her nephew is being portrayed as a horrible person. She said he was far from that and that the people who truly knew him would concur.

Keondrick Spencer, who worked with Curl at the Saracen Casino warehouse, said Curl was very respectful and always had a smile on his face. Spencer started a GoFundMe account to help with burial costs for his friend because he was about two weeks shy of completing his probationary period, at which time he would have gained insurance benefits. Spencer said he wanted to make sure that Curl had a proper burial.

In a public statement on his GoFundMe page, Spencer said Curl always addressed anyone he encountered with a "yes ma'am or no ma'am" or "yes sir or no sir."

"Kevin always wanted more for himself and it showed in his work ethic," Spencer said. "He always asked me could he work Saturdays or could he stay late for more hours. His drive was incredible." Spencer said the casino staff was Curl's casino family.

"Seems just like yesterday when Kevin came to work and informed me of his grandmother passing which was just last month, and like most of us, he was down and out, a miserable mess, but came to work the next day saying he has to keep pushing because that's what his grandmother would want," Spencer said.

McElrath said she and Curl were looking forward to a future together as a young couple in love with a child on the way. McDonald said she and McElrath went to Christian Way Funeral Home on Monday where McElrath was able to spend a few last intimate moments with her boyfriend as McDonald and McElrath did his hair before his funeral on Tuesday.

"Never in a million years would I imagine having to bury my best friend, my heart, my soul mate," McElrath said. "I hate it had to end this way. I wish it was a way to turn back time. I would have protected him. I can't wrap my mind why this happened to us, but I just put it in God's hands because this is much too big for me." 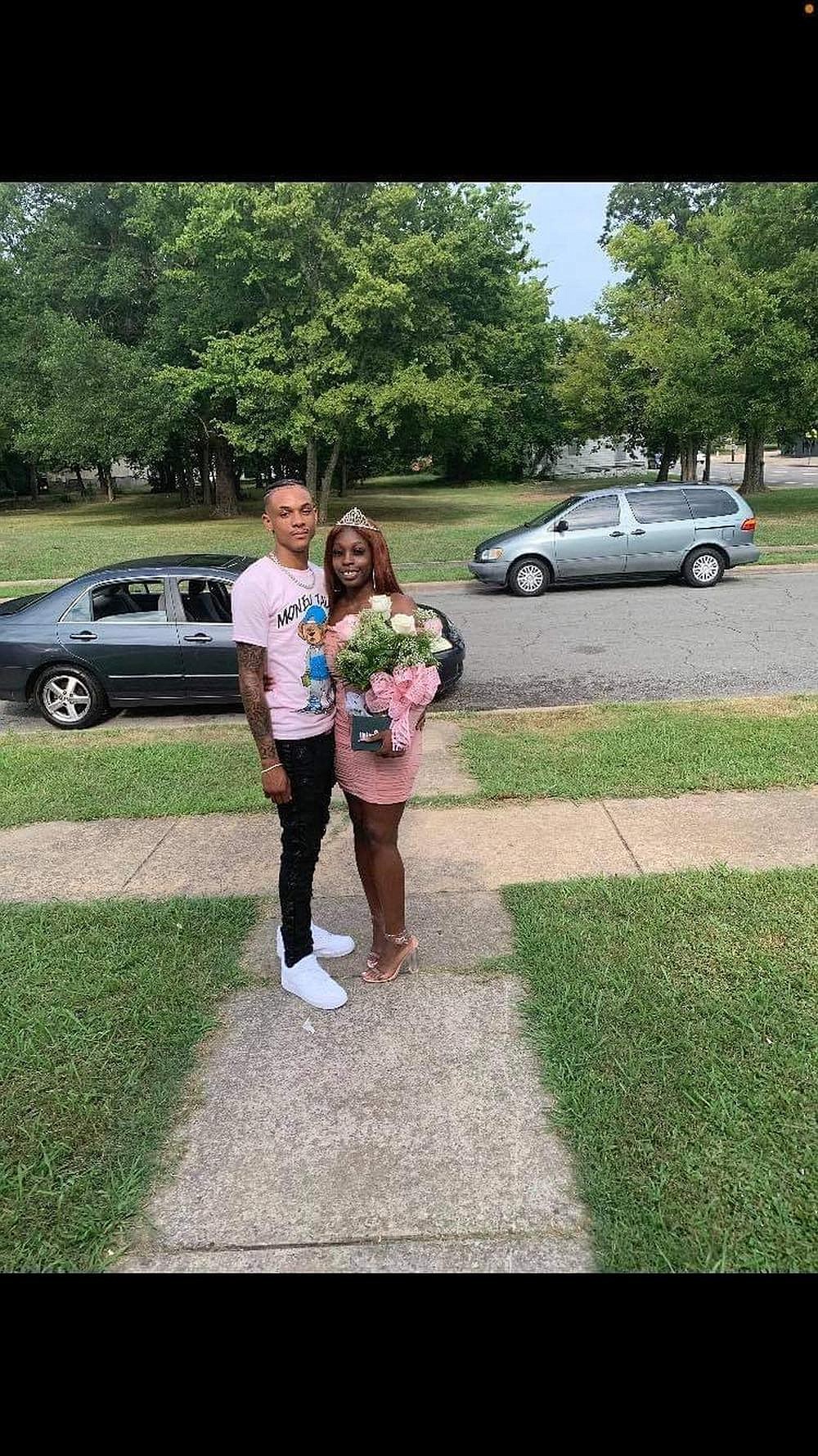 Nia McElrath poses with her late boyfriend, Kevin Curl Jr. “Never in a million years would I imagine having to bury my best friend, my heart, my soulmate,” she said. (Special to The Commercial) 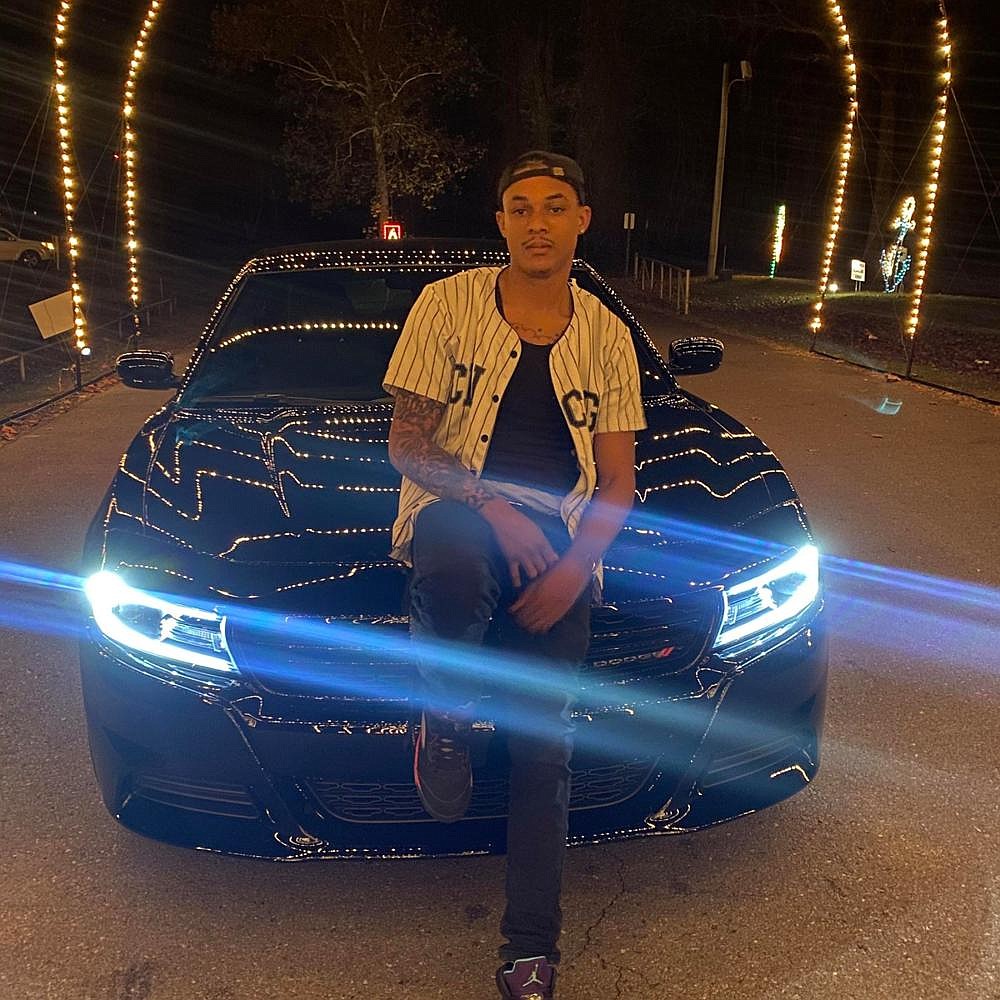 Kevin Curl Jr. died Dec. 17 when paramedic John Spriggs Sr. returned fire after being shot at by Curl, according to a police report. Curl’s death came a few days after this photo was taken at the Enchanted Land of Lights and Legends, which he attended with his girlfriend. (Special to The Commercial) 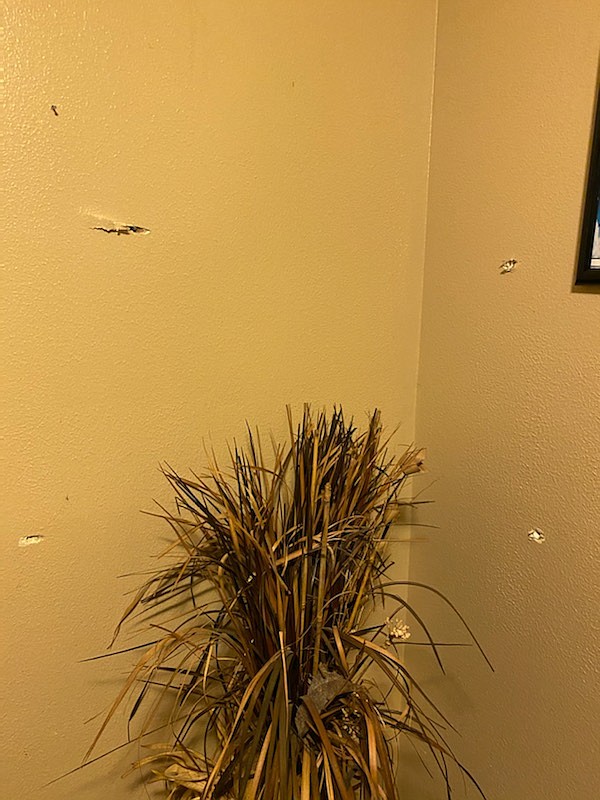