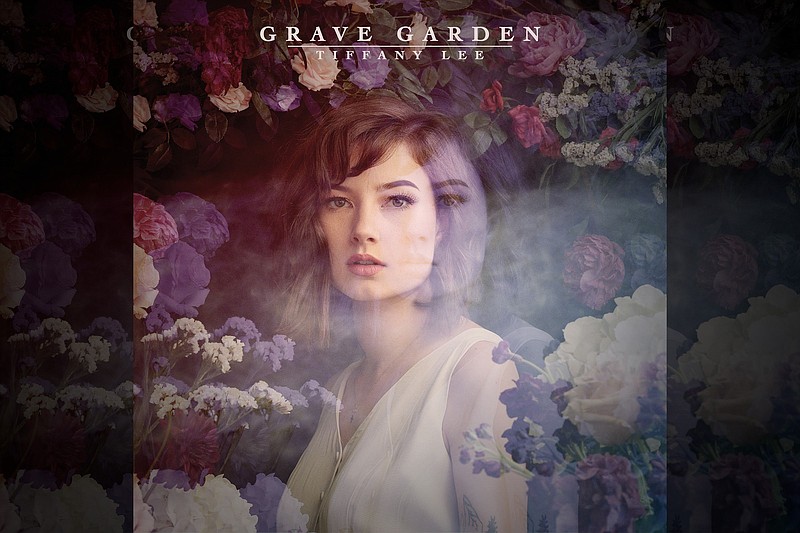 "Grave Garden," the new EP from Little Rock singer-songwriter Tiffany Lee, drops Friday, which is one more reason to look forward to the end of 2020.

The self-released project, recorded under physical distancing measures at the Smoakstack studio in Nashville, Tenn., with producer Paul Moak, is a collection of six indie-pop songs that often explore relationships and resiliency. Lee's voice is filled with power, and she skillfully transitions from soft-sung verses to triumphant, cascading choruses.

"Grave Garden," the follow-up to her 2016 EP "Jailbird," contains two versions of "Open Hand." On the live rendition, which patiently builds momentum until it hits a level of catharsis somewhere up in the stratosphere, the 24-year-old Lee belts out: "Lord, please take this from my hands/you know I've been holding on too long."

It's an emotional plea for help, a desperate need to be rid of something that for a long time hasn't been so good, and it seems like a perfect sentiment for this era.

Lee grew up in Maumelle, the youngest of Karen and Dean Fagaly's four children. In this interview, which has been edited for clarity and length, she talks about the inspiration for the new record, her evolution between "Jailbird" and "Grave Garden," her battle with Graves' disease and singing Adele songs in the shower.

[Video not showing up above? Click here to watch » https://www.youtube.com/watch?v=FwXfm6t_JTg]

How long have you been singing?

Ever since I can remember. I think I always knew I could sing. When I was about 11, I joined our youth group worship team and that was the first time I actively got to use my voice. I was home schooled, so I didn't have choir or anything.

When did you start writing music?

When I was about 14 I had a music teacher, Jason Truby, who asked me if I wrote songs. I had just finished my first one and I showed it to him. That was the first time I had shown something to anyone and he said it was really good and encouraged me to keep writing.

Do you remember the title and what it was about?

Who were you listening to growing up?

Adele was probably my biggest influence. We would joke about what we called the Tiffany Show. Every time I would take showers I would belt out Adele songs [laughs]. Honestly, singing to Adele songs was a good way for me to challenge my voice and exercise new ways to sing. I owe a lot of my vocal power to trying to have the range and projection that she has.

It seems you have evolved from the sound on "Jailbird." "Grave Garden" is bigger and more filled out. How have you changed in the time between the two records?

With "Jailbird," I was still learning who I was and what I could do as an artist. At the time, I thought the best I could bring to the table was my writing and my voice. I didn't know if I had any skills regarding production. I'd never done that before.

I worked with Matt Huber and Michael and Josh Hoover on that project. It was recorded at the Towers in Conway. I consider myself more of a singer-songwriter and I didn't think going into recording the EP that I would have much to offer as far as building the songs instrumentally, but I learned there was a lot of creativity there that I was able to tap into as far as the production aspect.

Going into the second EP, knowing that I do really enjoy production, I wanted the instrumentation and the lyric and the melody to all be of the same level of importance and approach it as if I have something to offer in every aspect.

And obviously I've had more life experiences since then and the things I write about are a little more in-depth.

You've mentioned that a lot of these songs have been around for a while. Had you tried to record them before?

I was wanting to record more music a few years ago, but I wasn't in a place where I was able to deal with that, whether it was the chronic illness I was dealing with or depression or finances. And then I got sick again last year and had my thyroid removed. Thankfully, I started to get better this summer, which is when we started recording.

I've been dealing with Graves' disease for more than six years. It's an overactive thyroid. It causes all these symptoms — pain, weakness, fatigue, brain fog, mood swings, headaches, just overall feeling horrible. Last year it really got out of hand and we decided to have my thyroid removed. It was really scary because the thyroid lays right over the vocal chords.

Yeah. The reason I waited so long to do surgery was because I was afraid of losing my voice. What is great, though, is that getting the surgery improved my voice. My thyroid was so swollen. Hold up your thumbs next to each other. That's how big your thyroid is supposed to be. Mine was the size of a man's fist.

It was awful. But having it removed, my vocal range increased and I realized it was easier to sing. I can hit lower notes and it's easier to hit higher notes.

Well, your voice sounds great and I really love that part toward the end of "Open Hand" when you just go for it. It's a powerful moment.

I was wondering about subject matter. Most of the "Grave Garden" tracks seem to deal with relationships.

I think you're right. They are about relationships mostly, but not about any one person. I've had in the past four years so many different experiences that it's difficult not to write about those things.

But the idea for "Grave Garden" and the inspiration for the project came from when I was in Germany doing anti-human trafficking work in 2017 and 2018. In Germany, they plant gardens on their family graves. When you walk into a cemetery it's not just grass and stone and sad, empty space. It's really beautiful and there are trees and color. It's a peaceful place to heal. That's what inspired the idea for the song; this thing from which you would expect only darkness, only grief, is actually a place that can bring healing and beauty if you allow it and if you tend it.

That was an experience I was going through internally. These things that were not good for me or healthy for me, I was letting them die, letting them go and seeing the beauty and color and newness that can come from that process. It took me three years to write the song "Grave Garden." I had to learn the end of the story before I could write it and had to go through some things.

This EP is really symbolic for me. A lot of it is about letting go and renewal and making the most out of the things we go through. After a year like this, I feel like a lot of people can relate to that.