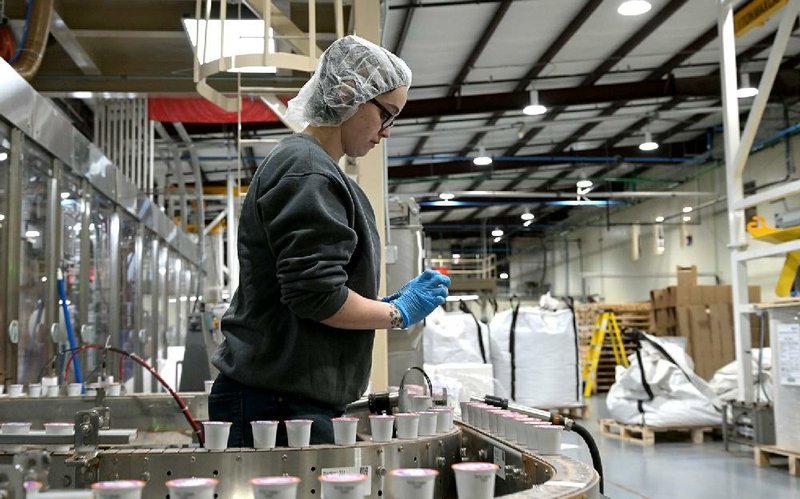 Westrock Coffee is poised for continued growth after announcing Friday that it will pay $405 million to buy the nation's largest coffee and tea manufacturer and supplier to restaurants and convenience stores.

The Little Rock company is acquiring S&D Coffee & Tea of Concord, N.C., which has about 1,300 employees and more than $600 million in revenue.

The transaction is to close March 1 and, after a transition period, the combined entity will locate its corporate headquarters in Little Rock and operate as Westrock Coffee under Chief Executive Officer Scott Ford.

"Together, we'll be the biggest and the best coffee provider in the nation," Ford said, noting that the combination with S&D will have 1,700 employees globally with the capacity to produce more than 220 million pounds of coffee annually.

Westrock will become the nation's leading integrated coffee company, meaning it has the ability to import, export, roast, grind, process and package coffee provided by growers in more than 20 countries, according to Ford.

"This is tremendous news for our company and a validation of the work we've been doing for our customers and the growers who support our business," Ford said. "It's going to be great news for Little Rock down the road as we work with our new team members to expand our growth organically and through acquisitions."

S&D was founded in 1927 to provide fresh roasted coffee and tea to local and regional grocery stores. S&D is a subsidiary of Cott Corp. of Canada, which sold the business to Westrock.

"The S&D team is known for its dedication, hard work and passion for quality beverages and first-class service to its customers. That commitment is evident to anyone who visits S&D or works with them, and we are confident S&D will continue to thrive under its new ownership," Tom Harrington, Cott's chief executive officer, said Friday in the company's news release announcing the transaction.

"This is an exciting opportunity for all of Central Arkansas," Preston said. "We were proud to support Westrock's facility expansion a year ago, and it's great to see a homegrown company continue to prosper. I can't wait to see what the future holds for them."

Though the corporate offices will be transitioned to Little Rock over time, Ford emphasized that there are no plans to change the core team in North Carolina. He said the S&D executive team will play a key role in growth plans, and the operations in North Carolina likely will be expanded.

"I expect their executive team to stay in place, and I will actively recruit them to be a part of what we do going forward," Ford said. "This is a great opportunity for everybody at S&D."

Over the next year, some corporate functions will be built in Little Rock to support the expanded business, a move that Ford estimates will begin by adding up to 50 management-level jobs in Little Rock.

Little Rock Mayor Frank Scott Jr. welcomed the news of a new corporate headquarters. "More than ever, consumers are drawn to mission-focused businesses such as Westrock," Scott said. "This is an exciting time for the company, and we are grateful they have chosen Little Rock to be the home of their headquarters."

Jay Chesshir, president and CEO of the Little Rock Regional Chamber of Commerce, also praised Westrock for its efforts in adding a leading coffee business to the corporate roster in Little Rock.

"Now being home to the nation's premier coffee, tea, and extract supplier is yet further proof of our competitiveness in the global marketplace," Chesshir said. "This further diversifies our growing economy while providing us an internationally recognized industry leader to call our own."

Westrock and S&D will continue to serve customers under their respective brand names for now.

Westrock primarily serves retailers like Walmart, Sam's Club and CVS outlets. Its secondary market supports the hospitality industry, providing coffee to many of the marquee hotels on the Las Vegas strip.

S&D primarily serves the restaurant industry with a secondary market of convenience stores. Its customers include McDonald's, Wendy's, Chick-fil-A and Circle K.

"Our immediate plan is to keep running both businesses as they are and stay manically focused on taking care of our customers," Ford said.

"Our primary focus is to grow our business organically through product innovation, competitive pricing and providing great customer service. That's our hallmark, and that's why we've been successful. That won't change."

However, the S&D acquisition gives Westrock a platform to begin consolidating the coffee-roasting sector. There are well more than 2,000 such businesses across the nation, the majority of them are family-owned and prime targets for consolidation, according to Ford.

"There is a huge number of companies that compete nationally and regionally in the coffee service provider business," Ford said. "That segment has never been rolled up, and it looks like a great opportunity for us. We plan to be very aggressive in the M&A [mergers and acquisition] space."

S&D has three main production facilities and two distribution centers in the Concord, N.C., area. "All three of those plants are staying open and expanding over the next couple of years," Ford said.

North Little Rock Chamber of Commerce CEO John Owens spent his career in the consumer products industry and admires the job Ford and the Westrock team have done in building a successful coffee provider.

"They are winning as they compete against large companies like Kraft and Smucker's in the highly competitive coffee industry," Owens said. "We are thrilled to have them in North Little Rock and look forward to the impact their business will have on our local economy as they continue to grow."

Westrock was founded in 2009 by Ford and his father, Joe, along with other private investors. It began with a handful of employees in Little Rock and a small team in Rwanda.

One of its first customers was Walmart, and Ford said the company's early commitment to Westrock led to Friday's announcement.

"This corporate headquarters is coming to Little Rock because of Walmart," Ford said. "They made a bet on us, and stayed with us, and we are just one example of their commitment to working with Arkansas companies to grow the state economy." 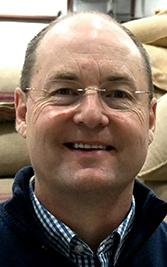