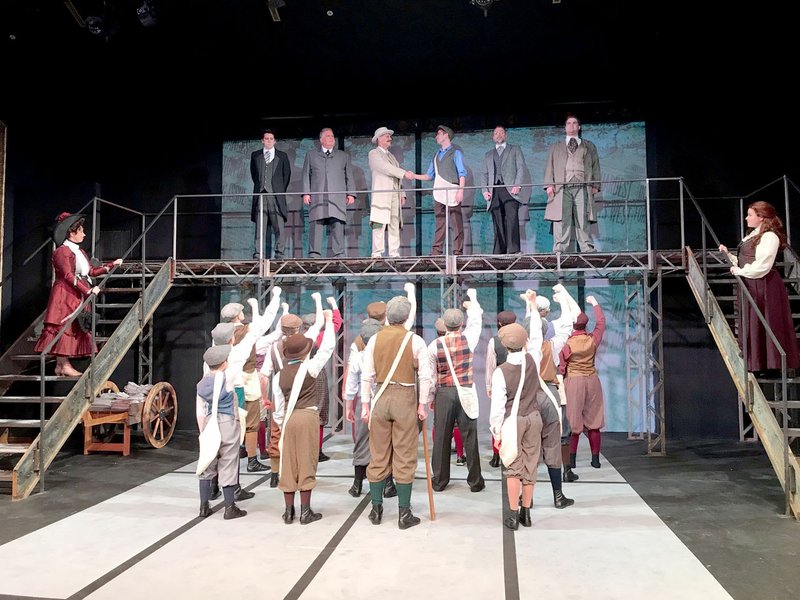 But just in case you don't, here's the storyline: In 1899, the newsboys of New York City -- all young men, often homeless -- can buy "papes" for 50 cents per hundred and sell them for a dime apiece. Then newspaper magnate Joseph Pulitzer decides he can make some extra money if he charges the newsboys 60 cents.

But the newsboys, led by the charismatic Jack Kelly, refuse, gather their colleagues from other newspapers and go on strike.

Add some high-flying Disney magic to the tale, and you get the singing and dancing extravaganza that comes to the Arkansas Public Theatre stage Feb. 7.

"The music is glorious," says director Ed McClure. "Our musical director, Lisa Auten, has worked tirelessly to get these boys singing great -- and our two choreographers, Alix Barrett and Jenella Shelton, have exceeded expectations with the exciting dances."

Barrett and Shelton are both dancing as "newsies," too, having built the choreography from the Broadway show, "adapted to fit the needs and ability of the cast."

"We are only given five days to teach all the dance in the show," Barrett explains. "We also send videos, come early, stay late and come in on 'off' days to help out."

But Barrett says to her it's the heart that matters.

"I always tell my dancers that as long as they are in character and dancing with a ton of energy and conviction, no one will notice if they mess up. I would rather watch someone giving it their all with energy shooting out their fingertips and mess up than someone doing everything perfectly with no soul behind it."

Even Michael Myers, who has played Jesus in "Superstar," the Emcee in "Cabaret" and Dr. Frank N. Furter in "The Rocky Horror Show" says the challenge -- and some of the joy -- of playing Jack Kelly happens in his feet.

"Jack Kelly is quite charismatic and arrogant, but he is also charming," says Myers. "This is another vocally demanding role, for sure, [but] the biggest challenge has been retaining all of the choreography."

Still, he adds, "my favorite scene in the show is 'Seize the Day.' This is when the newsies go on strike, and there is so much passion. The dance break in 'Seize the Day' was challenging for me, so it's incredibly rewarding when I get it right. This is probably the climax of the show in terms of vocals and choreography -- it's incredible."

Alongside Myers centerstage is APT newcomer Aaron Young as Davey, who joins Jack Kelly to lead the strike.

"The story that 'Newsies' tells is one that I believe is universally relatable," he says. "It is the ultimate underdog story that also has comedy, action and romance. I'm looking forward to seeing [the audience's] reactions when this show knocks their socks off."

Coralee Young -- who is no relation to Aaron but is Jenella Shelton's sister -- also makes her APT debut as Katherine, a female reporter trying to break out of the society pages by covering the strike. What she doesn't tell Jack is that her last name is "Pulitzer."

"She is a powerful woman who stands up for the truth," Young says. "And that's very important in these times."

"The themes of this show are so profound and encouraging," agrees Myers. "Mix that with some of the best composition in musical theater, some dancing and a lot of passion? It's irresistible." 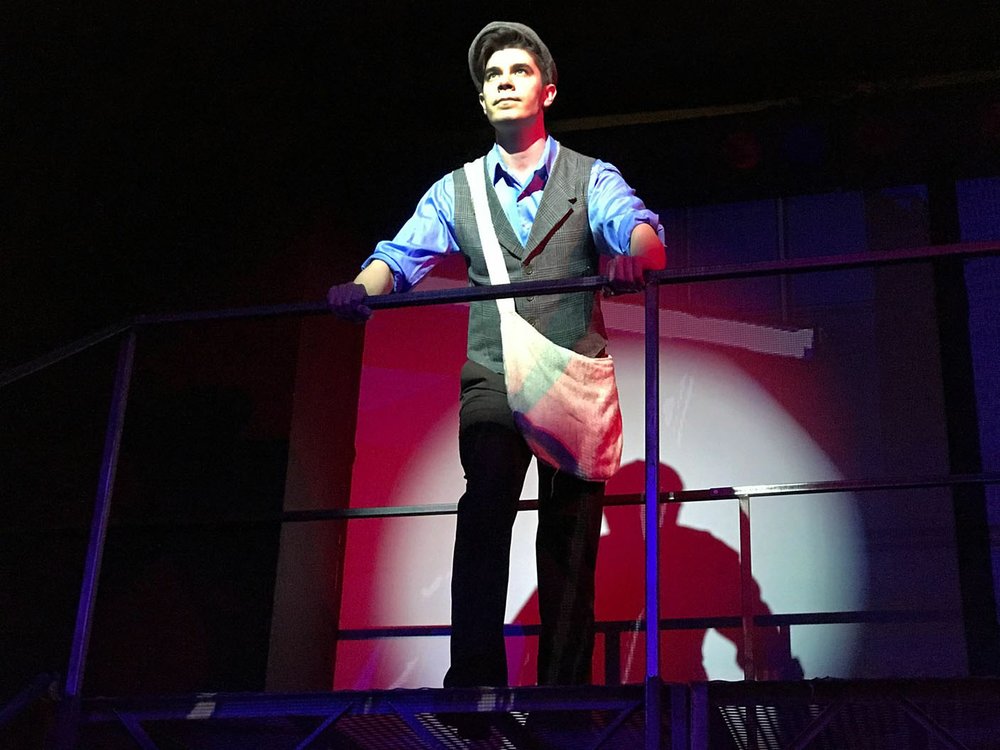