Arkansas' Grand Canyon still a draw: Site near Jasper is no world wonder, but name has stuck 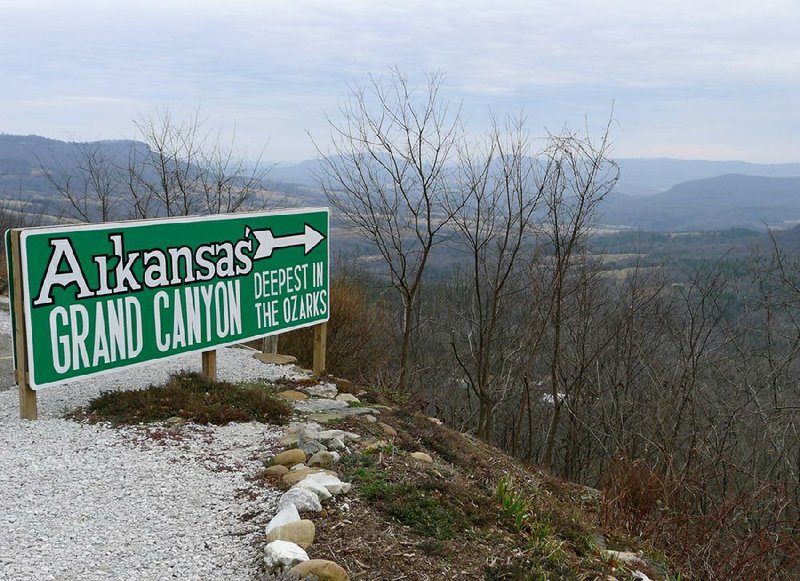 Arkansas’ Grand Canyon is located a few miles south of Jasper along Arkansas 7 in Newton County.

JASPER -- Arkansas has a Grand Canyon?

Jane and Chris McNutt renamed Vendor Valley in the early 1970s in an attempt to draw tourists to their Cliff House Inn along scenic Arkansas 7, about 6 miles south of Jasper.

And the name stuck.

While offering spectacular views, Arkansas' Grand Canyon is a much smaller, Ozark Mountain version of its Arizona counterpart, which is listed among the Seven Natural Wonders of the World.

Fifty years ago, the McNutts purchased the Cliff House Inn, a motel overlooking what was then known by area residents as Vendor Valley or Big Creek Valley.

Eighteen miles to the north, the Dogpatch theme park was booming in the early 1970s.

Tour buses were regularly traveling Arkansas 7. The McNutts figured their motel was a logical place for a restroom break, being 60 miles north of Russellville, which is on Interstate 40.

So they placed signs along Arkansas 7 and a billboard by the parking lot to advertise Arkansas' Grand Canyon.

"We just thought it would be a great way to pull people off the highway," said Jane McNutt. "It worked great. We had buses roll in."

"Our visitors more than doubled," said Chris McNutt. "It kind of stood out, I guess, the word canyon especially."

Sometimes 40 bus passengers would line up to use the one public restroom in the gift shop at the Cliff House Inn. But they also bought souvenirs, said Jane McNutt.

Chris McNutt said there was one stop before the Cliff House Inn, at Booger Hollow Trading Post.

"The Booger Hollow gift shop had outhouses behind it, but we had inside bathrooms so we were a step up," he said.

Chris McNutt gives his wife credit for coming up with the name of Arkansas' Grand Canyon.

When asked whether the name came to her as an epiphany, Jane McNutt said: "I probably woke up at 2 in the morning. That's when I think of everything."

The McNutts sold the Cliff House Inn in 1974 and moved to Tennessee. Now, they're back in Conway.

Mike McLaurin, the current owner of the Cliff House Inn, gives all the naming credit to the McNutts.

"They named it Arkansas' Grand Canyon," he said. "They put a sign up, and it stuck."

McLaurin said the canyon is the deepest part of the Ozark Plateau. He said the inn is about 2,100 feet above sea level.

"If you drew a line straight out, it's about 1,000 feet straight down," he said. "It's become a big tourist attraction in the state of Arkansas."

McLaurin estimates that 100,000 people stop at the Cliff House Inn's parking lot to take in the view of Arkansas' Grand Canyon or patronize the business. The Cliff House Inn is closed for the season, however, in January and February.

Steve Boss, a professor in the geosciences department at the University of Arkansas, Fayetteville, said most geologists would probably call Arkansas' Grand Canyon a valley instead of a canyon.

"This is something of a distinction without a difference, though 'canyon' generally refers to a long, relatively narrow, steep-sided valley eroded into bedrock (think of the Grand Canyon or any of the canyons familiar in the western U.S.)," Boss said in an email. "Other common terms are gorge or ravine."

The distinction is somewhat arbitrary, said Boss, because canyons, gorges and ravines are also types of valleys.

But Arkansas' Grand Valley just didn't have the same ring to it. 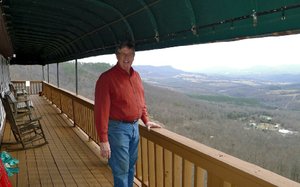 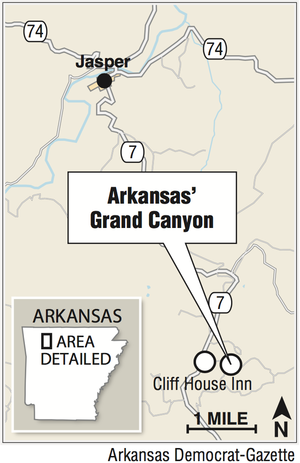 Print Headline: State's Grand Canyon still a draw: Site near Jasper is no world wonder, but name has stuck