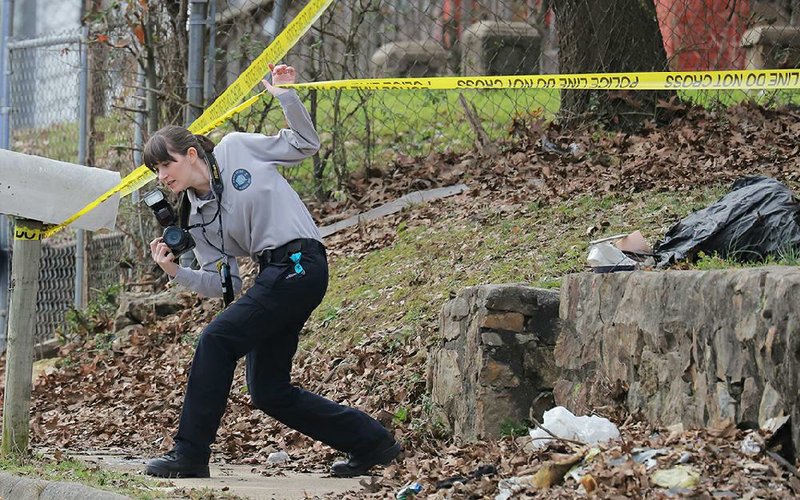 A crime scene technician leaves the site of a shooting Monday in the 1900 block of South Booker Street in Little Rock.

A central Arkansas man was arrested after authorities found 4.3 grams of methamphetamine in his vehicle Sunday.

Shortly after 6 p.m., Sherwood police stopped Charles George Martin, 32, for a defective brake light, according to a report. Martin told officers he was on parole and had a warrant, then said he had meth. Police found 4.3 grams of the substance, along with a scale and a needle, the report states.

Martin, a Sherwood resident, was being held at the Pulaski County jail on $15,000 bond Monday evening, according to the online roster. He is charged with possession of a controlled substance and possession of drug paraphernalia. He is scheduled to appear in court Feb. 25, records show.

The teenager was shot on Lowden Road near Arkansas 365, the sheriff's office said on Twitter about 7:30 p.m.

The sheriff's office said the teen was taken to a hospital and was alert and conscious when leaving the scene.

Police are investigating after a man was shot in Little Rock on Monday.

Officers responded to a shooting call at 1905 Booker Street about 9:45 a.m., according to an online police dispatch log.