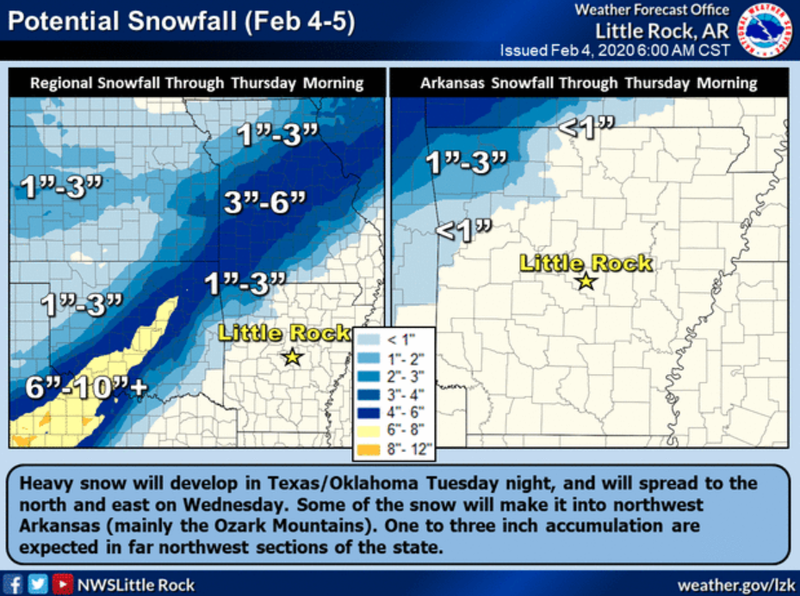 A winter storm watch is in effect for four counties in Northwest Arkansas, where moderate to heavy sleet and snowfall is expected Wednesday.

The warning covers Benton, Carroll, Madison and Washington counties. Forecasters predict sleet and freezing rain to fall Wednesday morning before changing to all snow by the afternoon or evening.

Accumulation of 1 to 3 inches of snow and up to two-tenths of an inch of ice are possible. This will likely make travel "very difficult to impossible," according to the National Weather Service.

The wintry weather will be preceded by rain, which is predicted to fall most of Tuesday across Arkansas.

Little Rock is expected to see between a quarter and half an inch of rain during the day. Total precipitation by Thursday could be up to two inches, the weather service said.

A few thunderstorms are possible Tuesday, and much of southeastern Arkansas is at a marginal risk for severe weather. Weather service meteorologist Lance Pyle said hail and damaging winds are the main threats, though chances are slim. 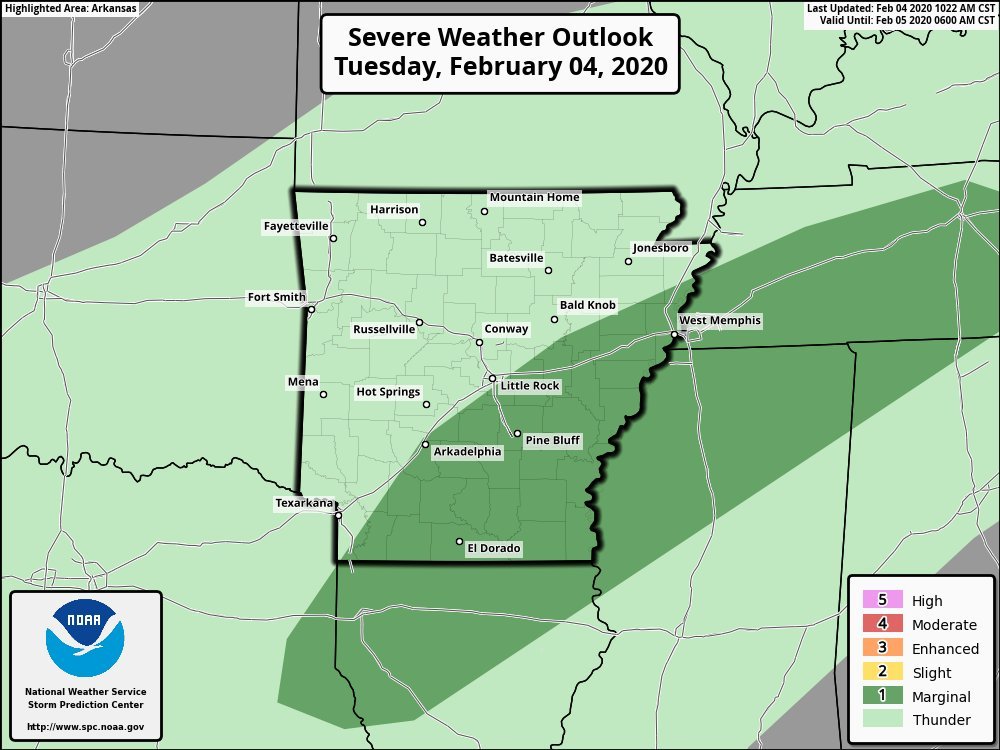 Forecasters expect temperatures to drop Tuesday evening into the low 40s in Central Arkansas and to around freezing in northwestern areas.

Pyle said the storm system will then move Thursday into Central Arkansas, creating a small chance for a wintry mix in Little Rock.