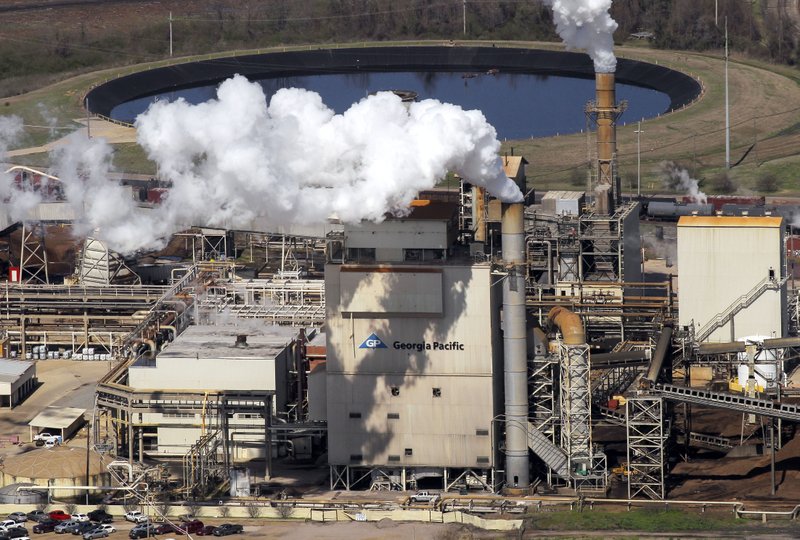 The Georgia-Pacific paper mill in Crossett is shown in this 2018 file photo.

State and federal regulators have entered a new proposed settlement with a south Arkansas company long accused of contributing to the area's poor air quality.

The U.S. Environmental Protection Agency, the U.S. Department of Justice, the Arkansas Division of Environmental Quality and Georgia-Pacific entered into a settlement in late 2018 that required the company to pay a $600,000 fine and spend at least another $1.8 million to supplemental environmental projects designed to curb hydrogen sulfide emissions in Crossett.

Air monitoring tests showed the chemical was being emitted at a level high enough to cause respiratory issues related to the smell.

The proposed settlement requires the same fine and the same amount of money spent toward supplemental environmental projects, but the projects are no longer required to address hydrogen sulfide emissions.

That follows the company's announcement last spring that it would shut down its bleach board process at the paper and pulp plant, resulting in 555 layoffs.

The new supplemental environmental projects, offered as an alternative option to the previous ones, are designed to curb emissions of Epichlorohydrin, hazardous air pollutants and volatile organic compounds.