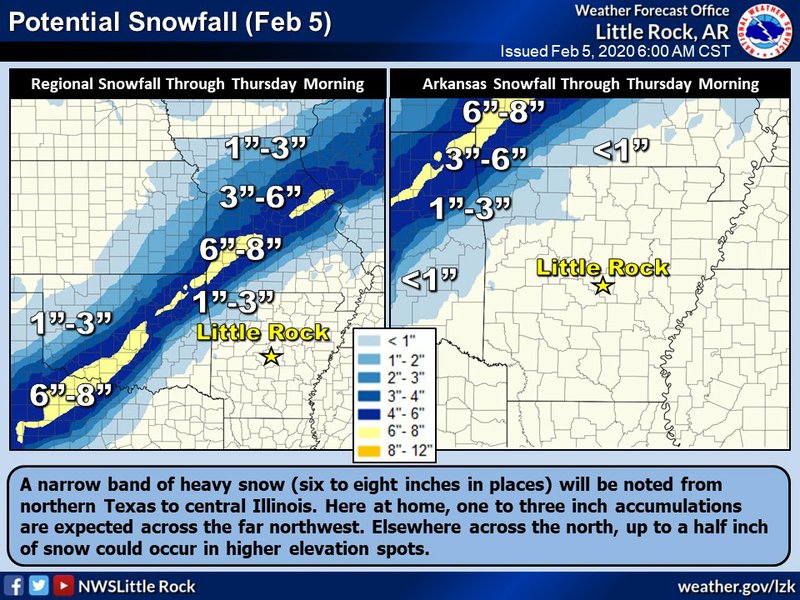 One Arkansas county is under a winter storm warning and six others are under a winter weather advisory Wednesday as a storm system moves across the state, according to the National Weather Service.

Meteorologist Jeff Hood said most of Arkansas isn’t expected to see much wintry weather Wednesday except for Benton County, which is under the winter storm warning.

Hood said surrounding counties under the winter weather advisory — Carroll, Madison, Newton, Johnson, Boone, Washington — are most likely to see ice accumulation between a tenth and a quarter of an inch, mainly on elevated surfaces.

Hood said significant effects on travel are not expected.

While northwestern areas will see wintry weather, the storm system will bring rain to much of the rest of Arkansas.

Central Arkansas will see showers and thunderstorms intermittently during the day Wednesday, especially in the afternoon as the system continues moving across the Natural State.

After temperatures drop overnight, Hood said there is a chance for snow in the Little Rock area early Thursday morning.

He said not to expect accumulation — just flurries, if anything.