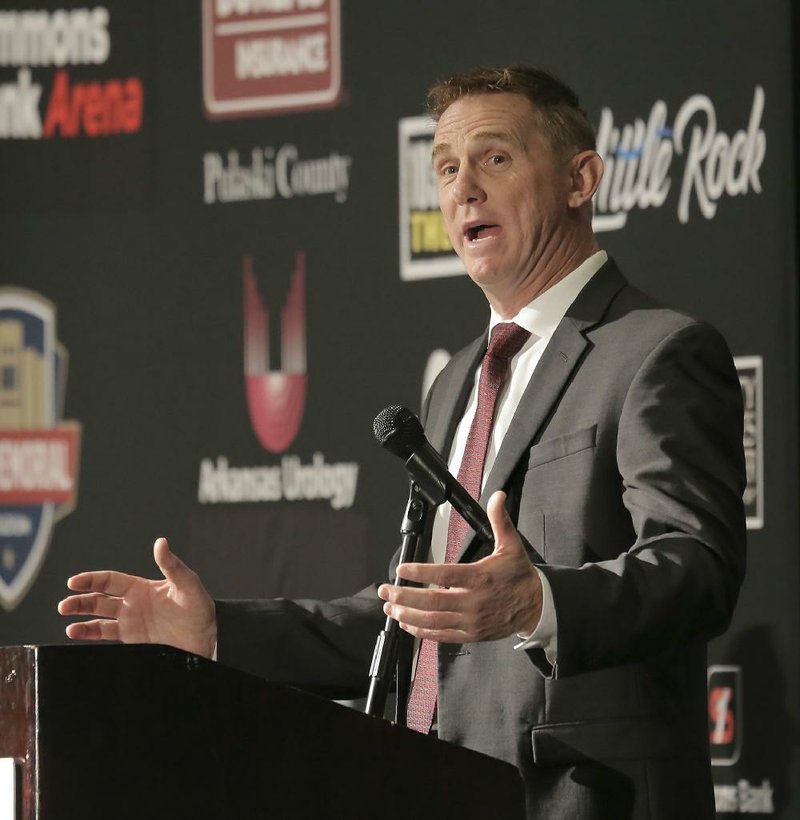 In total, it pushed the number of new signees for the Red Wolves' class to 21. Two of the nine new players have enrolled early and four are transfers. By Wednesday evening, ASU's class was rated fifth in the Sun Belt Conference and 99th nationally, per 247 Sports.

Four of Wednesday's new additions -- Taylon Doss, Booker Ficklin, Kenneth Harris and Tahj Herring-Wilson -- were defensive backs, bringing the total number at that position group in this class to seven.

It's the most signees of any position for the Red Wolves this cycle, which highlights ASU's pressing need for better depth in the secondary.

Jacobs, who missed most of the 2019 season with a torn ACL, recently transferred to the University of Arkansas, Medley and Page were dismissed from the team, and Smith, Edmonds, Jackson and Wescott will graduate.

"With us being short-handed in numbers to begin with, and then graduation and attrition both hit us at that position, we had to do a good job there, and I think we've done that," Arkansas State Coach Blake Anderson said. "If you look at the total number [of defensive backs], we're probably one short [of] where we absolutely want to be in a perfect world ... but I feel better. We are better off in terms of depth on the board, recruited scholarship athletes, than we've been at any point here since probably Year 2."

Anderson spoke glowingly on Wednesday of Doss, an early enrollee from Shannon, Miss., and Herring-Wilson, a graduate transfer from UConn.

Each of the incoming defensive backs, he said, has a chance to play immediately, as Anderson touted the group's collective versatility and ability to play multiple positions.

"We struggled in that area [last] year," Anderson said, "and it cost us some opportunities to win games that we were good enough to win."

The expectation is for Herring-Wilson to be an immediate plug-and-play at corner. The other corner spot will be a battle, although Jarius Reimonenq, who started the last five games of 2019 as a true freshman, has a head start.

While at UConn, Herring-Wilson, who stands 6-1, 190 pounds, was a two-year starter and tallied 63 total tackles, seven pass breakups and a forced fumble in three total seasons.

"The guy can fly," Anderson said. "He's got elite speed, he's played against a very good league of people and held his own. ... When you watch basically every clip of tape we could find over the last two years, I mean he's played well."

Aside from defensive back, ASU also loaded up on the offensive line and at linebacker in this cycle.

Of its four new offensive lineman, two signed Wednesday -- Kideam Diouf and Noah Smith. Diouf, who stands 6-6, 290, comes from California's College of the Canyons, the same junior college that ASU wide receiver Leroy Deshazor transferred from prior to the 2019 season.

Three of ASU's four new linebackers had previously been announced in the early signing period. CJ Harris, a 6-0, 218-pounder from Kansas' Highland Community College, marked the fourth addition at the position on Wednesday.

And then there's three-star defensive end Corbet Mims, one of three new defensive linemen in the class and perhaps the Red Wolves' biggest prize of the 2020 cycle. Mims, a 6-4, 250-pounder from Memphis, is ASU's highest-rated prospect, according to 247 Sports.

"I think he's got a lot of upside," Anderson said. "He's raw, but he has got a tremendous frame. If you watched him play, his tape kind of jumps off. I think he's a big get."

The Red Wolves, who are a little more than six weeks removed from their Camellia Bowl victory over Florida International, are already less than two weeks out from the start of spring camp, which begins Feb. 17.