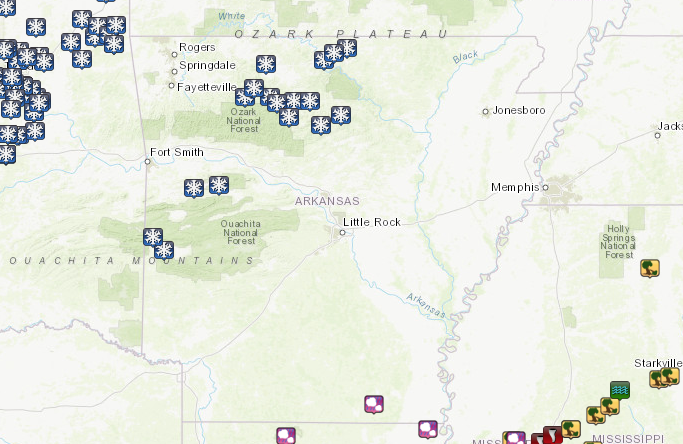 Snow fell across the Natural State on Wednesday and Thursday, accumulating in northern and western areas and treating central Arkansans to scattered flurries.

Less than an inch of snow fell in northern and western areas, according to data from the National Weather Service.

The largest accumulation, seven-tenths of an inch, fell in Logan County, the weather service said.

He said in some counties surrounding Pulaski County, people saw a light dusting of snow on vehicles or outdoor decks but no true accumulation.

Light rain is possible for the rest of Thursday morning in central Arkansas before the storm system leaves the area in the afternoon, forecasters predict.