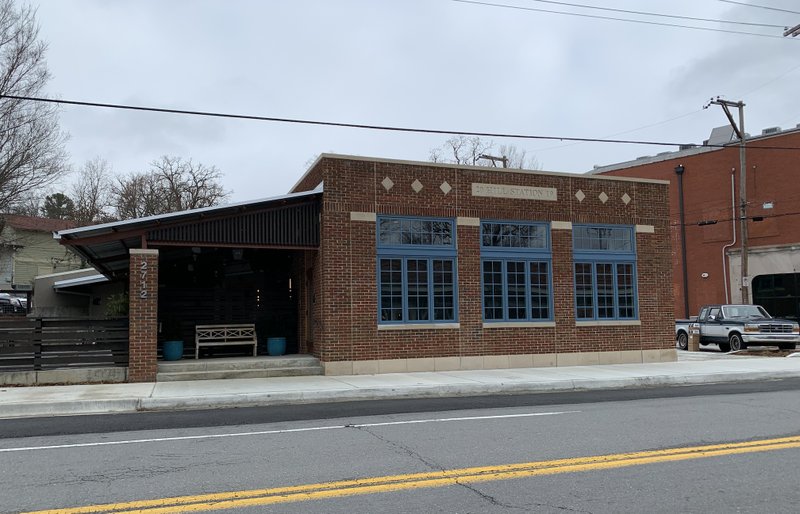 An update on the restaurant moving into the the building at 5231 E. Broadway, North Little Rock, that for 99 years housed the White Pig Inn and until recently housed Magnolia Skillet: Kylo Montgomery, who is opening the restaurant, Sweet Poppa's Cafe (and not, as we reported earlier, Sweet Pawpaw Cafe), with his father and brother, could open any time between later this month and mid-April, depending on the speed of the permitting process, offering country cooking for breakfast (eggs, bacon, sausage links and patties, grits, waffles, pancakes and combos thereof) and lunch (grilled and fried chicken, grilled and fried fish and catfish, cheeseburgers, barbecue sandwiches and hot tamales) plus weekly theme specials. The family is pretty confident about what it'll be serving: Montgomery says that "our motto is, 'If you don't like it, we'll buy it back.'" He expects hours to be 6 a.m.-2 p.m. Monday-Saturday. We don't yet have a phone number.

The Zoes Kitchen at 12900 Chenal Parkway, Little Rock, closed Jan. 26, and the phone number, (501) 227-0704, returns a recorded message suggesting folks turn to the website, zoeskitchen.com, to find another location. The one at Park Plaza, 6000 W. Markham St., Little Rock, closed some time ago, however; the website locator lists the closest outlets at Fayetteville and Rogers. 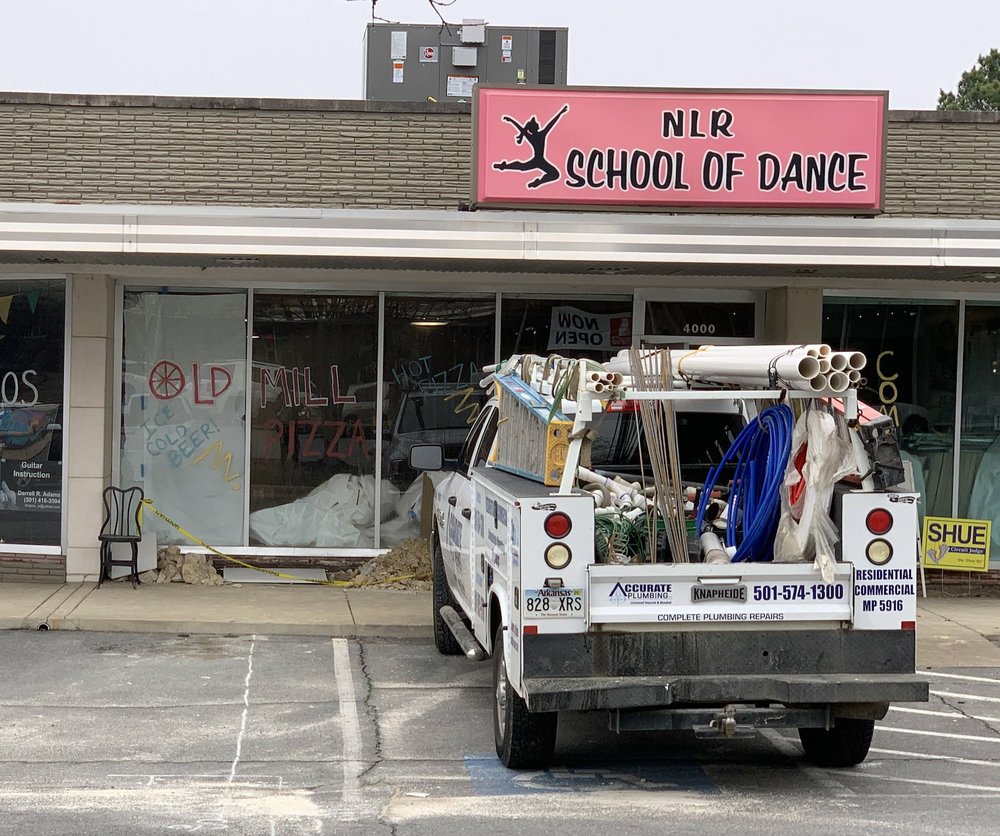 We reported a couple of months ago that a franchising agreement with the owners of Pizza Cafe on a pizzeria in the Lakehill Shopping Center, 4000 block of John F. Kennedy Boulevard on North Little Rock's Park Hill had fallen through. We've observed work in progress in the former North Little Rock School of Dance storefront in that shopping center with a hand-painted sign in the window that says "Old Mill Pizza."

Continuing equipment concerns are bedeviling owner owner Erin Griffin with what she calls "a comedy of errors" and holding up the opening of Hubcap Burger Co. in the former Casey's Bar-B-Q/Arkansas Burger Co. building, 7410 Cantrell Road, Little Rock; she's saying "mid-February come hell or high water" and is hoping now to kick things off with soft-opening meals for contractors and friends and family next week, but is still unable to fix on a specific date. Tentative hours are still 11 a.m.-8 p.m. Tuesday-Thursday, 11 a.m.-9 p.m. Friday-Saturday. A phone number is still pending.

An eagle-eyed reader spotted a sign at the Starbucks at 105 Commons Drive, Maumelle, that it would be closed Feb. 17-27 for remodeling. However, a manager says that has been postponed, the signs have been taken down and the time frame for the renovations has not yet been determined. The phone number there: (501) 803-3576.

The dozen Arby's restaurants in Conway, Little Rock, North Little Rock, Jacksonville, Bryant, Sherwood and Maumelle "will experience a fresh new look and feel," according to a news release, including "upgraded exteriors, new authentic textures, multi-color wood materials, modern lighting and chalkboard graphics." Randy Bates, senior director of marketing for RB American Group, says the renovations will take place two restaurants at a time through April, and "upon completion, we will have a Little Rock market celebration." The restaurants are all expected to remain open throughout the procedure. The renovation project is similar to the one franchisee Flynn Restaurant Group completed in Northwest Arkansas not long ago.

And the Addison, Texas, Bar Louie chain filed for Chapter 11 bankruptcy last week, citing "inconsistent brand experience ..., increased competition and the general decline in customer traffic visiting traditional shopping locations and malls. And shortly before filing, it closed 38 of its 110 outlets. However, that number doesn't include the two in Central Arkansas — at McCain Mall, 3929 McCain Blvd., North Little Rock, and in the Pleasant Ridge Town Center, 11525 Cantrell Road, Little Rock, both of which were still open as of last weekend. Phone number for the North Little Rock location: (501) 420-1445; for the one in Little Rock, (501) 228-0444. The website: barlouie.com.

CORRECTION: Old Mill Pizza is under construction in the Lakehill Shopping Center, 4000 block of John F. Kennedy Boulevard on North Little Rock’s Park Hill. An earlier version of a photograph caption in this article incorrectly named the shopping center.