Cohen gave trainer Robertino Diodoro two of his three victories Thursday. Diodoro's third victory came with Mucho Macho Dan ($8.60, $5, $3.60) in the fifth race, covering 1 1/16 miles in 1:46.26 with jockey Orlando Mojica aboard. Diodoro now has 10 victories, which is three ahead of Steven Asmussen in the trainer standings.

Diodoro's meet has been highlighted by stakes victories from Pioneer Spirit in the second division of the Fifth Season on Jan. 25 and Special Relativity in Saturday's American Beauty for older female sprinters.

"Sixty days before the meet, I was thinking that maybe we should be going to Delta or Sam Houston because we had a very weak barn," Diodoro said. "Things have just come together. We picked up one or two new horses here and there from some new clients and made claims and a lot of private purchases the last 60 days before the meet that have beefed up the stable."

Chain Mover is scheduled to make his career debut in today's sixth race for Hall of Fame trainer Steven Asmussen and owners Alex and JoAnn Lieblong of Conway.

Information for this report was provided by Oaklawn media department 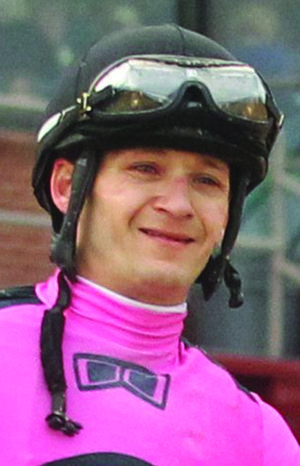