Confessions of a film festival aficionado 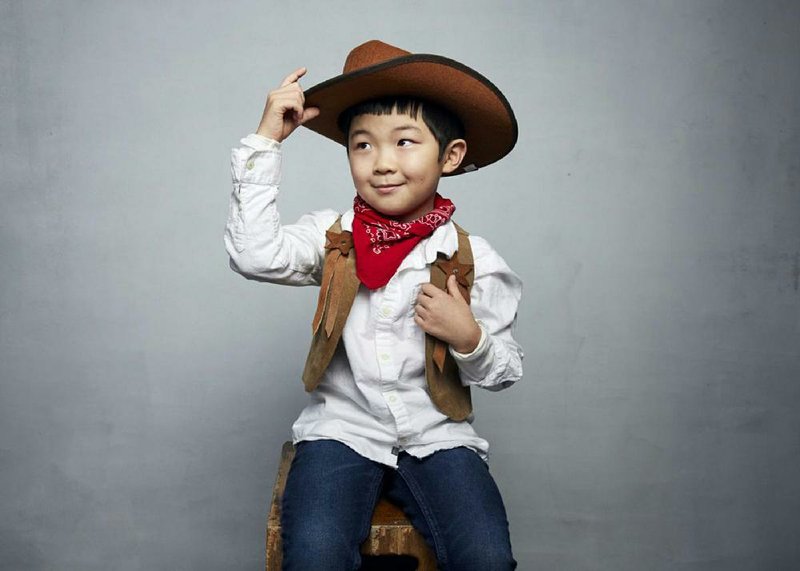 Alan S. Kim, the adorable and diminutive break-out star of the Arkansas-set film Minari, poses during a photoshoot at the recent Sundance Film Festival.

PARK CITY, Utah -- The first question I get from people about film festivals (after asking if I will be seeing star "X," of course) is how I can stand to watch movies all day, every day, doing nothing but watching them for a week. It's not just watching them, I explain, it's talking about them, thinking them over, and, of course, writing about them. It's a lot of work -- I determined a day I watched five films at this year's Sundance, I saw about 9.5 hours of movie and spent an additional six hours just standing in line -- but it's one of the few times in the year when I can fully submerge myself in the art form I love best and be surrounded by people who feel much as I do about them.

Anyone who's into sports knows people who are truly fanatical about the team(s) they love. Their devotion dictates much of their lives, their discretionary spending and their waking hours. When the season finally starts, they can deck themselves in team colors, paint their faces, and enter a huge stadium with 60,000 people who feel exactly the same way they do in their devotion. There's a camaraderie there, of course, an implicit understanding of like-minded people, and maybe a sense that you're not alone in the world.

That's a little what it's like for a cinephile to attend such a festival. It's a kind of mania, I suppose, but in a world of chaos and uncertainty, it's the thing, apart from spending time with family, friends, and pets, that makes the most sense to me.

In any event, this year's Sundance festival saw some 118 features screened. Of those, I managed to catch 24. Let's go ahead and break 'em down by superlatives:

Most Conspicuous Overuse of a Beverage: The Evening Hour

Braden King's Appalachian drug drama, about a good-natured young man, Cole (Philip Ettinger), who operates a thriving prescription drug exchange in his small Kentucky mining town, fails on numerous levels, but one thing it makes sure to do is keep him with a bottle in his hands. Practically every scene of Cole outside of work or with his family he's slinging back suds. It's not even a question of product placement -- we never catch the brand -- but time and again, he opens a beer, takes a sip, and then puts the bottle down to go to his next scene, in which he, yes, opens a new bottle. Not sure what it meant, but it sure seemed important.

Updating a classic comedy conceit -- one, again, we won't reveal to you here -- is a dicey proposition at best. Taking the idea and expanding on it in a way that feels actually new and necessary is a rare thing indeed. So it was that when I watched this one, which features Andy Samberg and Cristin Milioti suffering at a wedding in the desert, I was pleasantly shocked at how well the film's new approach worked. I'm sorry to be vague, but you'll thank me later. In the meantime, know that it's really funny and do your best to avoid reading anything more specific about it.

Best Use of Artificial Sound: The Killing of Two Lovers

Robert Machoian's taut, claustrophobic drama about an estranged couple (Clayne Crawford and Sepideh Moafi) in rural Utah working to get back together for their children is exceptionally well crafted, with excellent cinematography, and a spare script that resonates with verisimilitude. But the single most effective device might be its creative use of sound -- specifically the sound of a metallic cable being pulled taut and car doors slamming that signify when Crawford's character is experiencing violent emotional stress. It works a bit like the theme from Jaws in signifying when audience anxiety should be at its peak.

Worst Use of Artificial Sound: The Night House

A standard haunted house tale from David Bruckner, albeit one that employs the superb acting talents of Rebecca Hall, the film's biggest jump scares all come with a shocking amount of clatter and din, as if the director figured the best way to spook someone would be to traumatize their ear canals. If you watch this at home, and there are at least some things to recommend it, be sure to keep the volume low, unless you want to really annoy your neighbors.

Playing the comic foil to a funnyman as gifted as Andy Samberg is no easy task, finding your way to display your own comic chops with him in scene after scene is a bloody accomplishment. With her enormous, despairing eyes, and a perpetual haunted countenance, Milioti complements Samberg's laid-back manchild, and actually becomes the soul of the picture.

If all young Alan had to do was look cute ("I'm not handsome," he yells at his grandmother, "I'm good looking,") it wouldn't have been nearly as impressive. Instead, it is his character, weakened by a heart murmur and disparaging of a grandmother he can't at first accept, that becomes the emotional fulcrum of this exceptional film, one of my favorites of the fest. Believe the hype: The kid is adorable.

In a crowded field of strong offerings (including the excellent Boys State, and Assassins), Bryan Fogel's searing film about the assassination of Washington Post journalist Jamal Khashoggi, and the subsequent bail out the UN (and the US) gave to Saudi Arabia as its obvious perpetrators is fully depressing enough. But en route to chronicling the utter failure of justice, Fogel's film also gives valuable -- if damning -- insight into the further corruption of social media as a state-run propaganda machine.

Purportedly, a documentary about the closing day of a hole-in-the-wall dive bar in Las Vegas, brothers Turner and Bill Ross IV have made one of their patented sculpted neo-docs, one that is indeed slippery. Most of the bar patrons didn't even know each other prior to filming, and there are several actors scattered among the cast. Even though the verite style suggests otherwise -- not entirely false as the customers did actually booze it up over the course of several days -- the most disturbing thing to me was that it wasn't even shot in Vegas. Instead, it was made closer to their backyard in New Orleans. Whatever it is, it's excellent.

Miranda July's work is her own proprietary blend of magic realism, deadpan humor, and quirky peculiarity, so her films tend to either strike you right between the eyes or miss you by a mile. Sadly, for me, her new film, concerning a family of habitual grifters living in L.A. who take on a young female protege (Gina Rodriquez) to the consternation of their cloistered 25-year-old daughter (Evan Rachel Wood), is the latter. The last thing you should be concerned about with a July film is plotting, but there are too many blatant scripting cheats, including a major character who serves as little more than a plot device, to fully engage me. But for a single sublime scene near the middle, this one left me cold as a pint of soft serve.

In Edson Oda's After Life homage, a metaphysical treatise on how we end up coming into being, Duke plays Will, a kind of pre-birth interrogator, determining which souls should go on to be born on Earth. As written, Duke has to portray both Will's disconsolation at his task, and his essential empathy for those who don't make it, and hits just the right notes.

Law's character, a charlatan of a financial whiz who moves his family back to London in order to assuage his ever-churning ego, seems at once familiar, but also submerged. As the film progresses, and his slithery tendrils start to lose their grip, he becomes a study of a man finally forced to confront himself.

Eliza Hittman's film concerns a dour high school student named Autumn (Sidney Flanigan), who is forced to leave her rural Pennsylvania town with her cousin (Talia Ryder) in order to get an abortion in New York without her parents being notified. Filled with character nuance (with exceptional camera work from cinematographer Hélène Louvart), Hittman details the lives of her two female protagonists in such a way that their inability to speak directly about what they're enduring becomes yet another poignancy in a film laced with pathos. The scene in which Autumn undergoes an intake interview (lending the film its title) is one of the most powerful things you will see on screens this year.