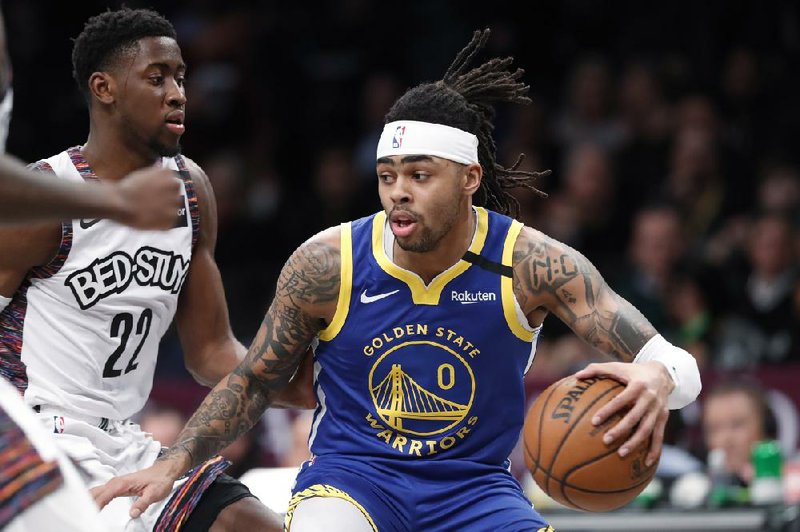 D’Angelo Russell (0) was traded Thursday from the Golden State Warriors to the Minnesota Timber- wolves for Andrew Wiggins.

MINNEAPOLIS -- The Minnesota Timberwolves have taken on yet another new look, with D'Angelo Russell on his way to join pal Karl-Anthony Towns, and Andrew Wiggins heading west to the Golden State Warriors.

In a swap of high scorers consummated just a few hours before the NBA deadline Thursday, the Timberwolves acquired the dynamic point guard they'd been seeking for awhile in Russell and pulled the plug on their development of Wiggins, the volatile first overall pick of the 2014 draft.

The deal also sent two little-used Golden State players, guard Jacob Evans and forward Omari Spellman, to the Timberwolves and routed two draft picks to the Warriors. They'll get Minnesota's first-rounder and second-rounder in 2021, unless the first-rounder is in the top three. Then it would roll over to 2022.

That means the Timberwolves, who overturned half of their roster this week, will have two first-round picks this summer, their own that's likely to be in the top five and another one from Brooklyn via Atlanta courtesy of the four-team trade they helped finalize on Wednesday.

Most of the top NBA playoff contenders stayed out of the down-to-the-wire frenzy at the trade deadline.

Miami and the Los Angeles Clippers beefed up instead.

And a slew of other teams -- including the Warriors -- made moves with short-term finances and long-term ramifications in mind.

Here's how busy the Timberwolves were at trade-deadline time: They announced the jersey numbers of eight new players Thursday night.

Russell had been on Minnesota's radar for months, a dynamic point guard in his fifth season in the league after going as the second overall pick in the 2015 draft.

The first choice that year was Towns, a friend of Russell around whom the front office has been trying to rebuild the roster. Minnesota will be Russell's fourth NBA team. He averaged 23.6 points per game for the injury-wrecked Warriors, a career high, after arriving in an offseason trade with Brooklyn.

The Wolves tried to woo him then, too, but Russell instead steered that sign-and-trade swap toward the Warriors, the five-time defending Western Conference champions who've won three NBA titles during that span. The 6-foot-4 Russell is playing the first season of a four-year, $117 million contract and is shooting a career-best 37.4% from three-point range. He played in his first All-Star game for the Nets last season.

Wiggins, who was acquired from Cleveland the summer he was drafted in a trade that sent Kevin Love to the Cavaliers, never fulfilled his potential with the Wolves. He's a shooting and slashing wing with the athleticism and frame to dominate on the perimeter, averaging 22.4 points this season. That's an uptick from the past two years, but he's still been capped by a pattern of inconsistency. He's largely been a defensive liability, too, for a team that has persistently ranked among the easiest to score against in the league. The 6-foot-7 Wiggins is in the second season of a five-year, $147 million deal.

The Timberwolves, who have lost 13 consecutive games, have bottomed out in their first year under president of basketball operations Gersson Rosas as he attempts to remake the roster for a faster-paced, three-point-heavy offense as directed by rookie Coach Ryan Saunders.

Marcus Morris leaves New York for Los Angeles, going from the woebegone Knicks to the title-hoping Clippers -- who added a piece many teams wanted.

"My brother back with me. It's on," the Clippers' Patrick Beverley (Arkansas Razorbacks) wrote on Twitter, one of many players expressing their happiness with Morris joining the West contenders.

The rest of that deal:

The Knicks got Moe Harkless, a first-round pick this year, a second-round pick next year and a first-round pick swap option in 2021 as well from the Clippers. The Clippers also sent Jerome Robinson to Washington for Isaiah Thomas -- who is not staying with Los Angeles and will become a free agent option for teams shortly, the latest twist in a career that saw him as an All-Star averaging 29 points just three years ago but was derailed by injury and a long recovery.

Three-time champion Andre Iguodala is ending his exile after not playing for Memphis at all this season and is going to join the Heat along with Jae Crowder and Solomon Hill, with Miami sending three players -- Justise Winslow, Dion Waiters and James Johnson -- who've combined to score a mere 254 points this season out in the deal. Johnson was flipped by the Grizzlies to Minnesota for Gorgui Dieng.

"Today is a very good day because we think the acquisition of Andre, Jae and Solomon will help us with our versatility and create a more balanced roster," Heat President Pat Riley said. "Today is also a sad day because we lose three very good players who have been part of our family. We wish Justise, James and Dion nothing but the best in the future."

NBA rebounding leader Andre Drummond got moved by Detroit to Cleveland, then took to Twitter to express his dismay with the trade process.

"If there's one thing I learned about the NBA, there's no friends or loyalty," Drummond wrote. "I've given my heart and soul to the Pistons, and to be have this happen with no heads up makes me realize even more that this is just a business! I love you Detroit ... ."

Miami's trade with Memphis also lowered the Heat potential tax bill, and Portland made a minor trade with Atlanta with a lower tax in mind as well.

Meanwhile, the three top teams in the East -- Milwaukee, Toronto and Boston -- as well as the West-leading Los Angeles Lakers all remained out of the trade mix. It remains possible, and probably even likely, that at least some of those teams could look to bolster their rosters by adding free agents or when players become available through buyouts in the coming weeks.

Some of the other deals included:

• Washington got Shabazz Napier from Denver for guard Jordan McRae. Napier was acquired by the Nuggets on Wednesday in the 12-player, four-team deal.

• Philadelphia got Alec Burks and Glenn Robinson III from Golden State for three second-round picks (this year's from Dallas, next year's from Denver and 2022's from Toronto).

• Memphis got forward Jordan Bell from Houston for forward Bruno Caboclo. The teams also agreed to swap second-round picks in 2023. 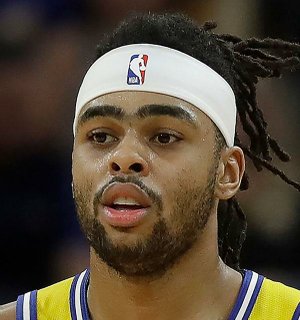 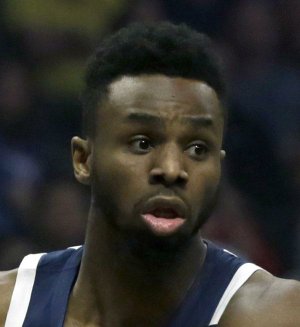