I have dabbled at making homemade ricotta cheese several times in the past with good success, but really wanted to make fresh mozzarella. We have been talking about doing this for about three years now, and we finally did it. While we don't have access to water buffalo milk, we did have access to cow's milk, so we gave it a shot. It took a few trips to the Fermentation store to get all our supplies, 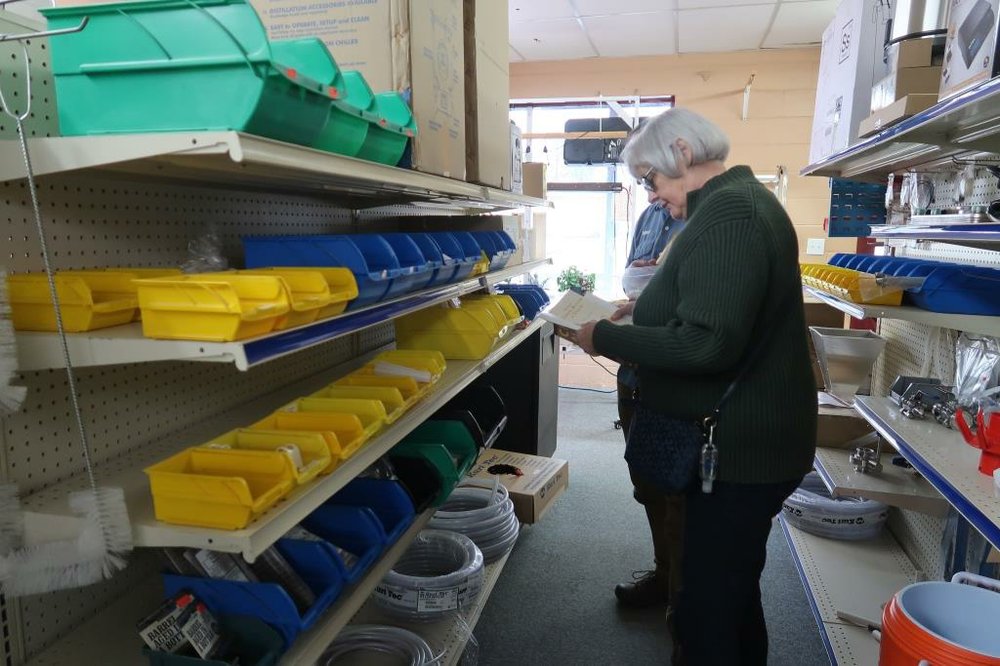 and we now have enough to do many more batches (sans milk), but it was fun. 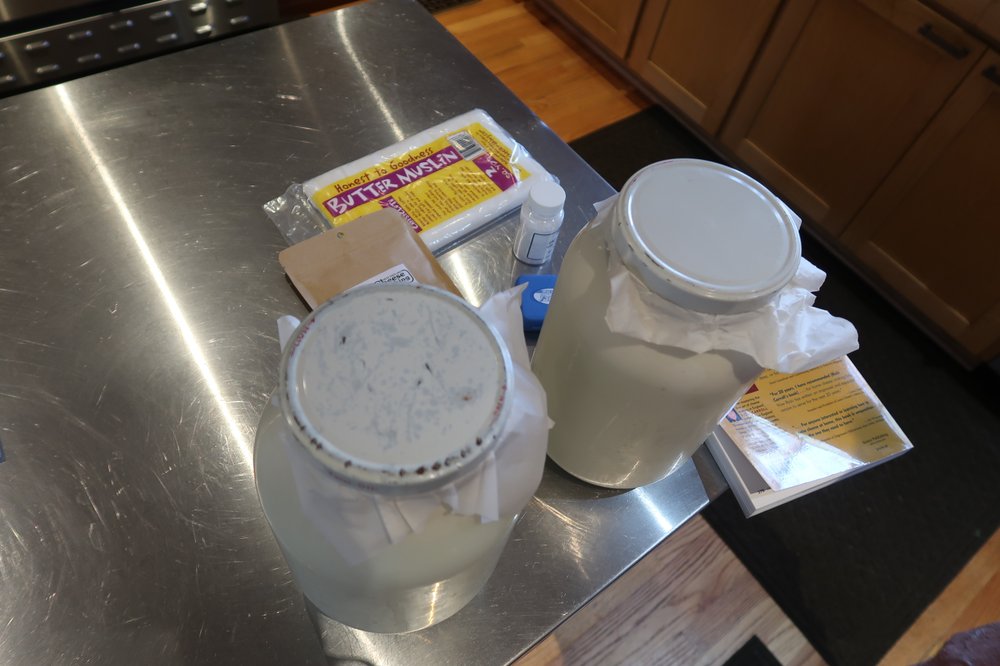 We originally were going to make it the more traditional way, but after reading the recipe, we didn't have enough time--you need to plan for 8-10 hours and we didn't get started very early. So we made the 30 minute mozzarella, but it took us more like an hour (for one batch, and then made another). It ended up taking most of the day.

First we added a citric acid solution to our milk, 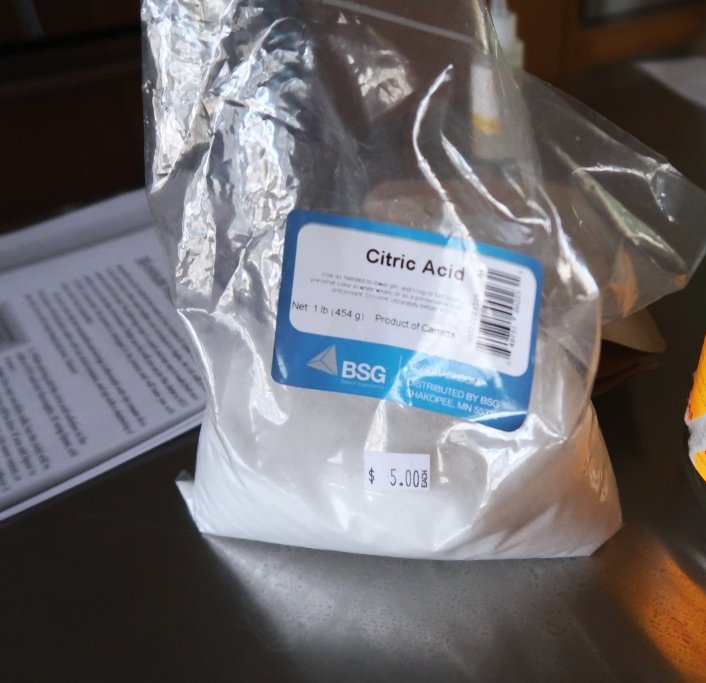 then heated it up and added liquid rennet. 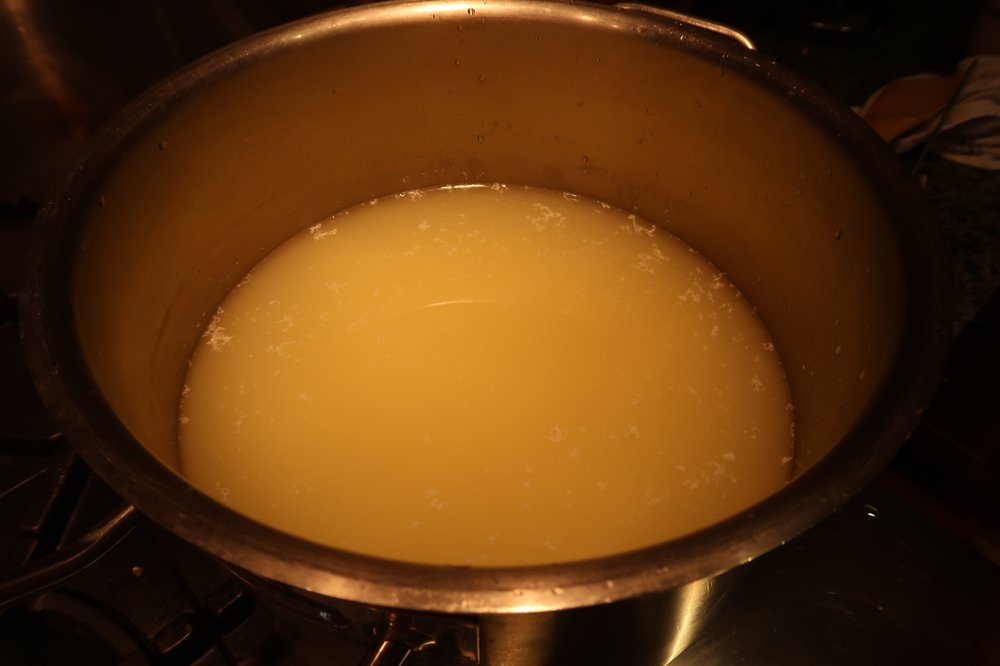 After stirring for a few minutes, we were supposed to let it sit covered for 5 minutes, but it hadn't curdled enough so we let it go another 4 minutes. 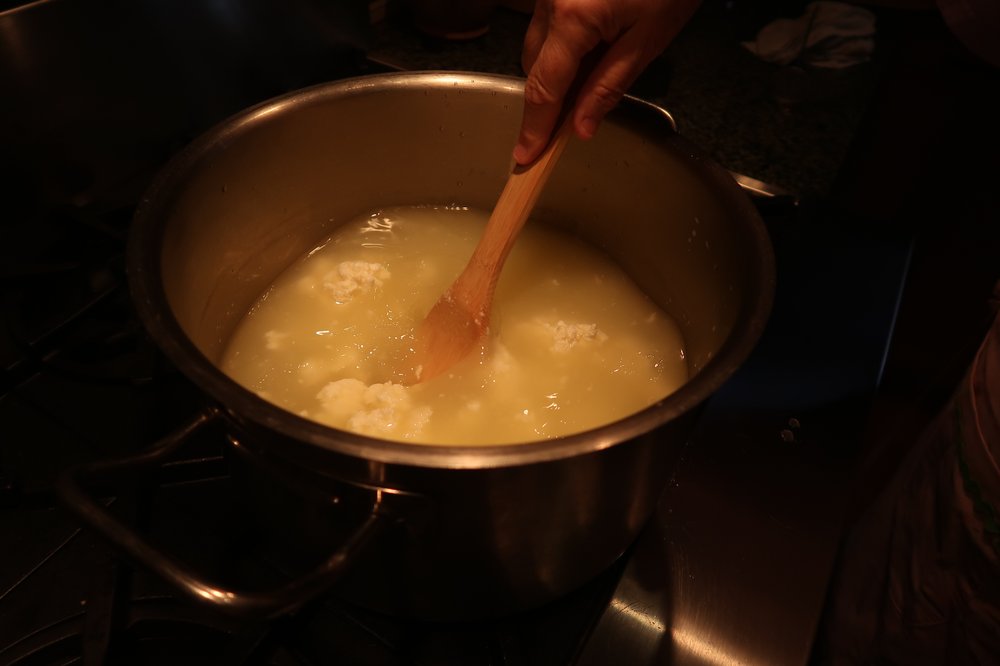 Then we heated it up even more stirring gently for several minutes. Then we removed the lump of raw cheese. 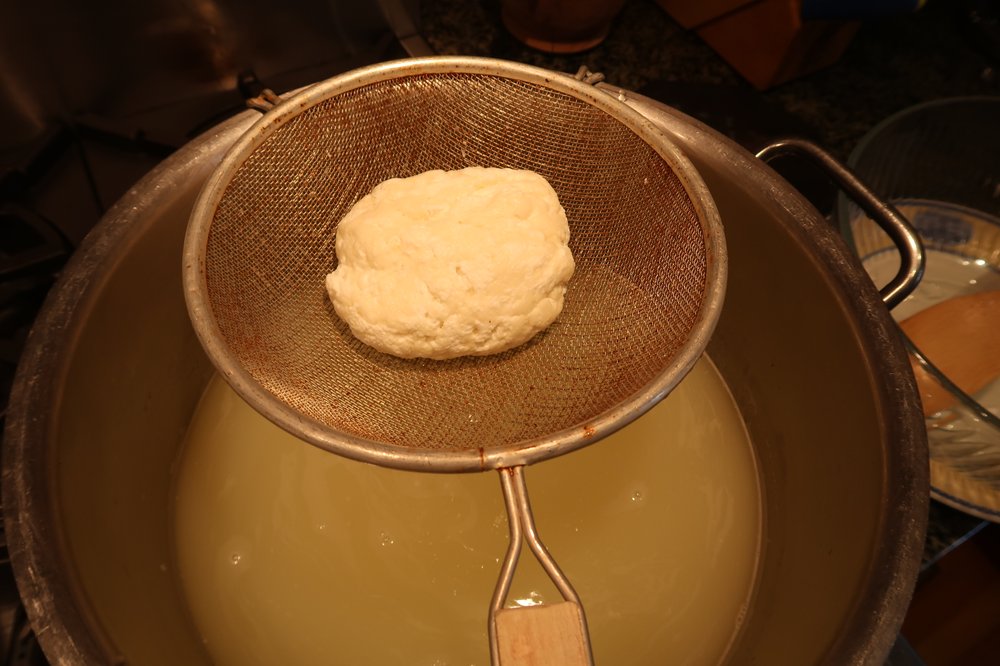 We divided out lump into two balls, 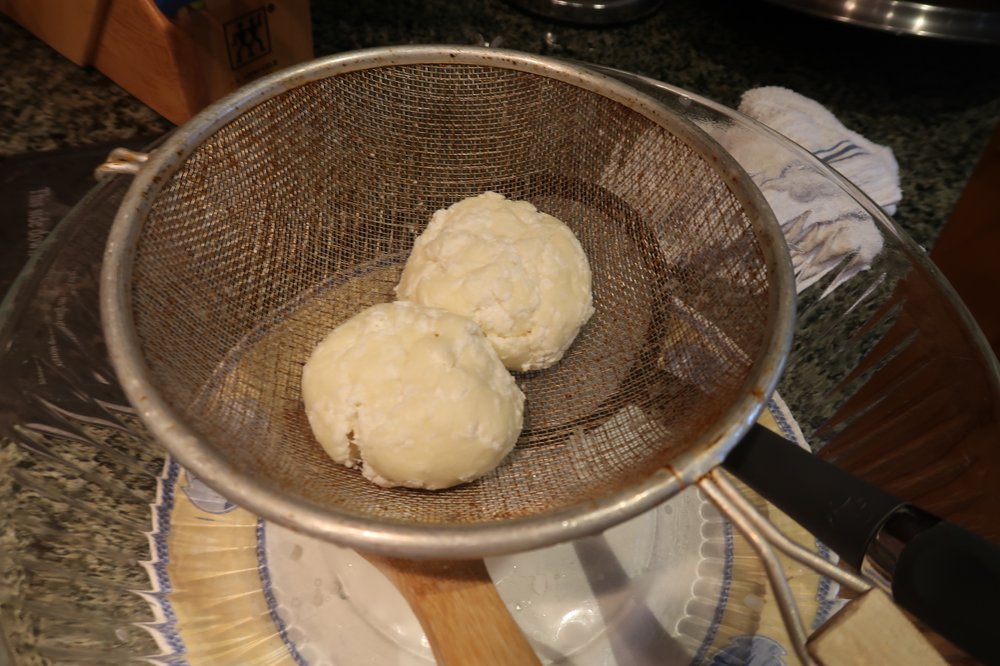 heated up the remaining whey to 175 degrees, 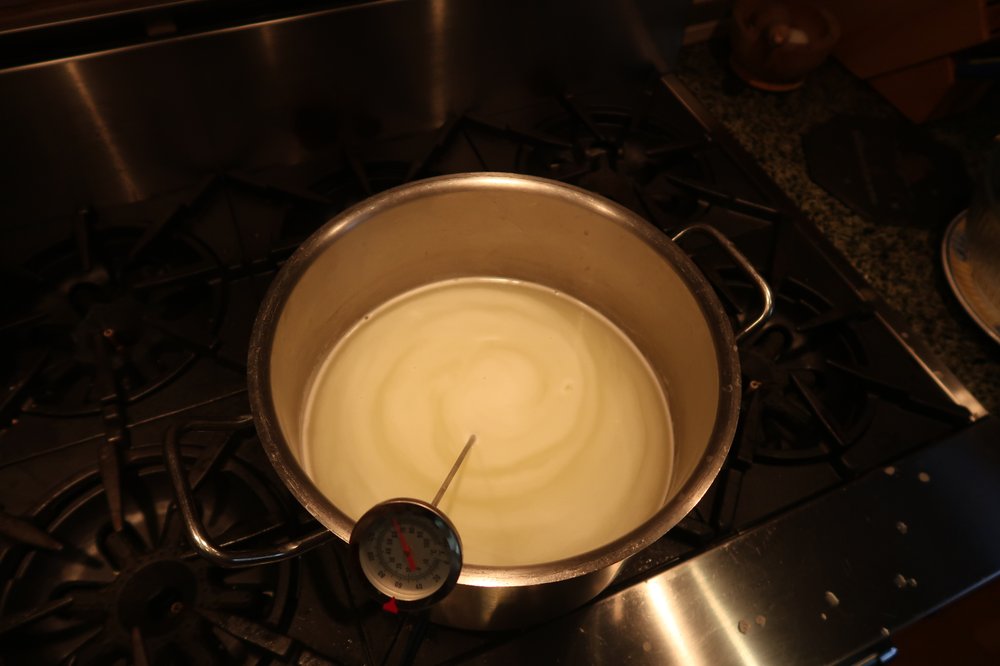 then dipped the cheese several times, kneading each ball after heating it up until it got smooth and pulled like taffy. Then it was done. 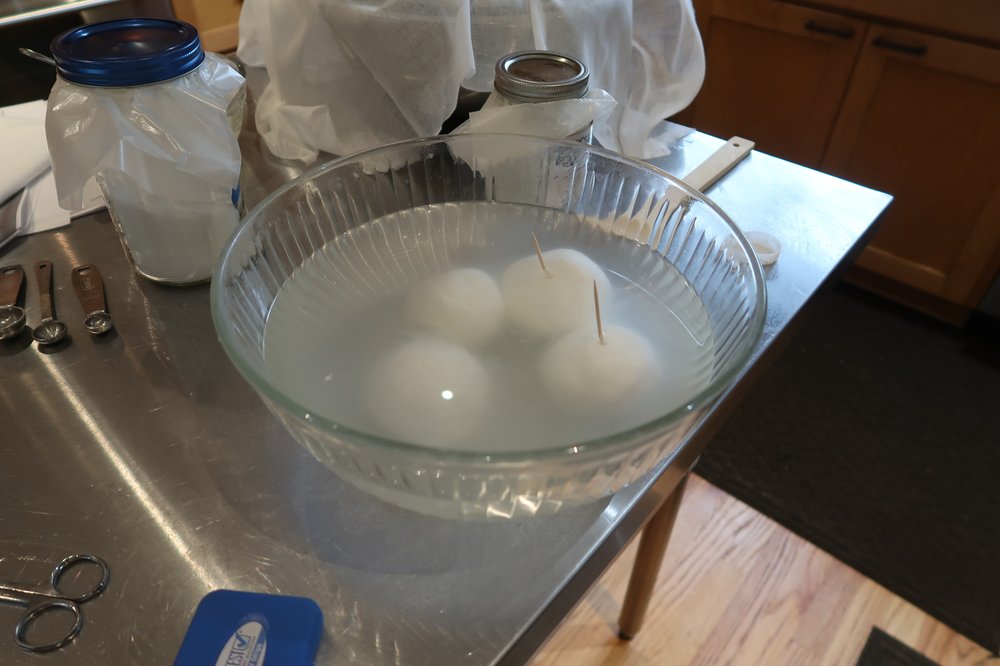 We seemed to know a bit more about how to do it the second go-round, so our second two balls of cheese looked and tasted better.

We had quite a bit of whey left and online it said we could use that to make ricotta. We heated the whey up and added vinegar but not much happened. Never one to throw in the towel, we poured the whey through cheese cloth. 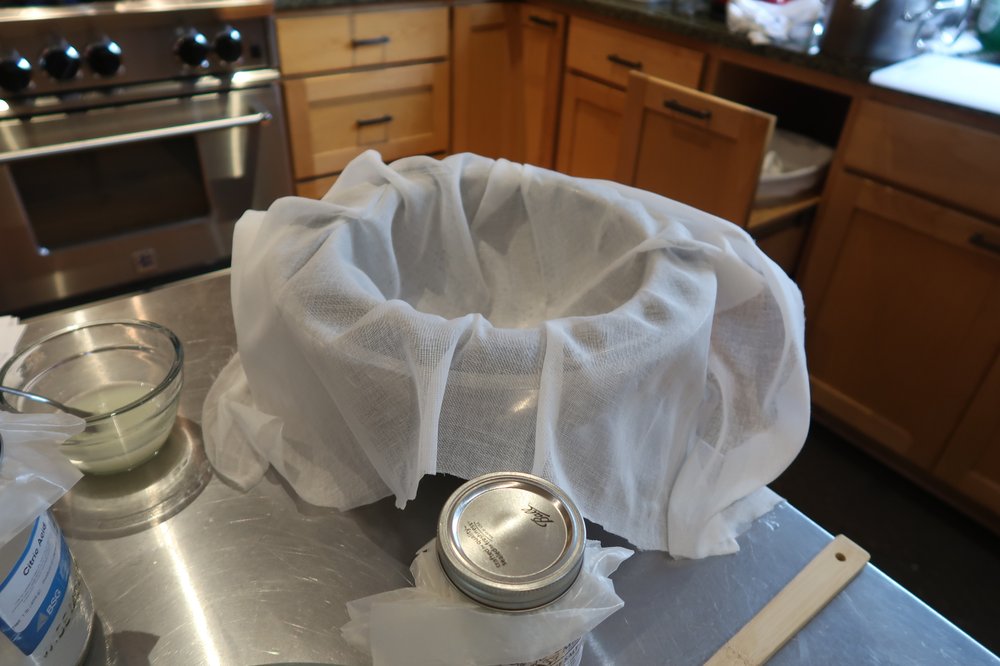 I brought what was left home and ended up with about a half a cup or more of fresh ricotta. 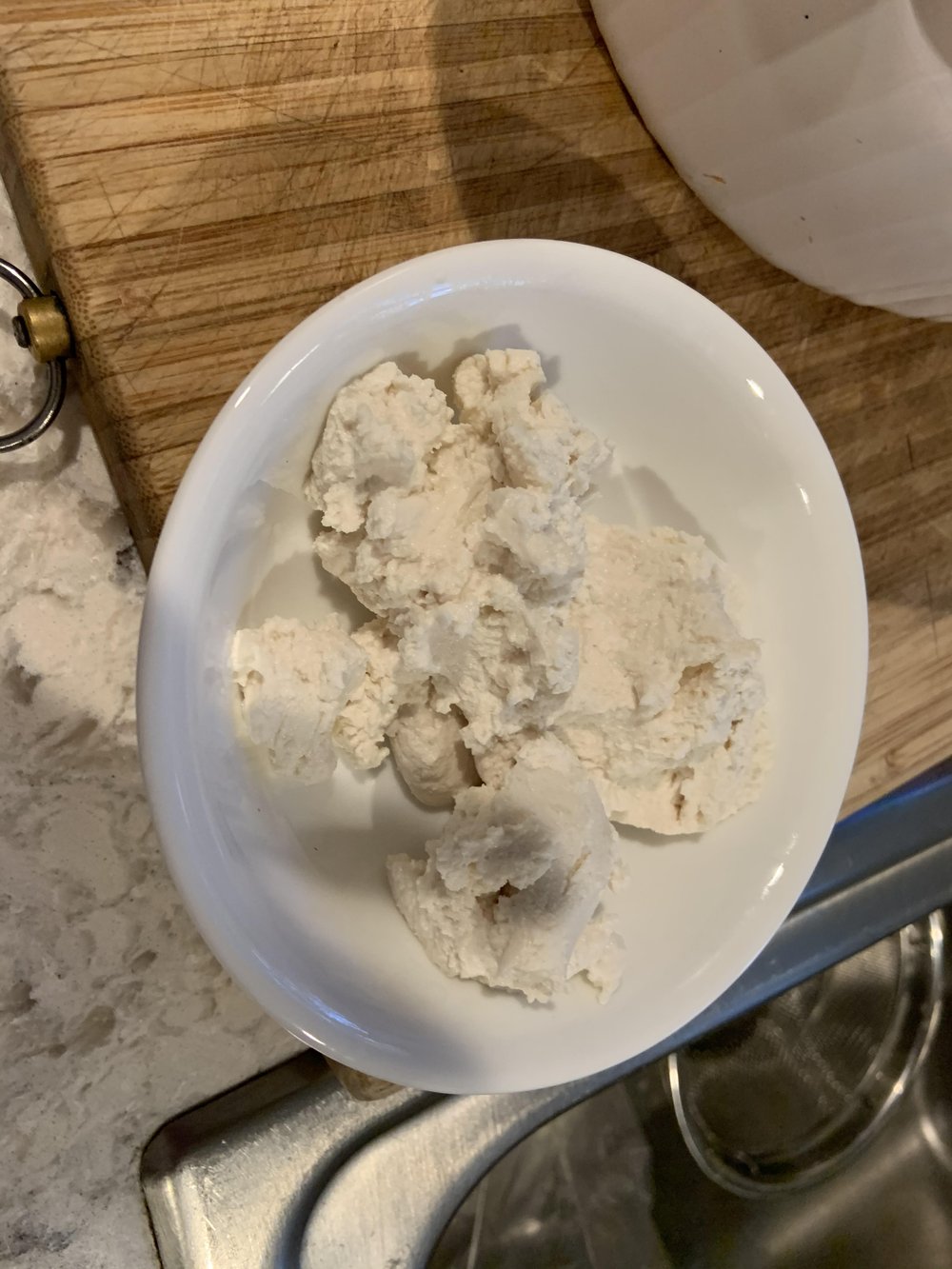 Our fresh cheese probably cost several times more than what we could buy it at the store for, but there is no price for the laughter and fun we had making it. Next time who knows what we will try!