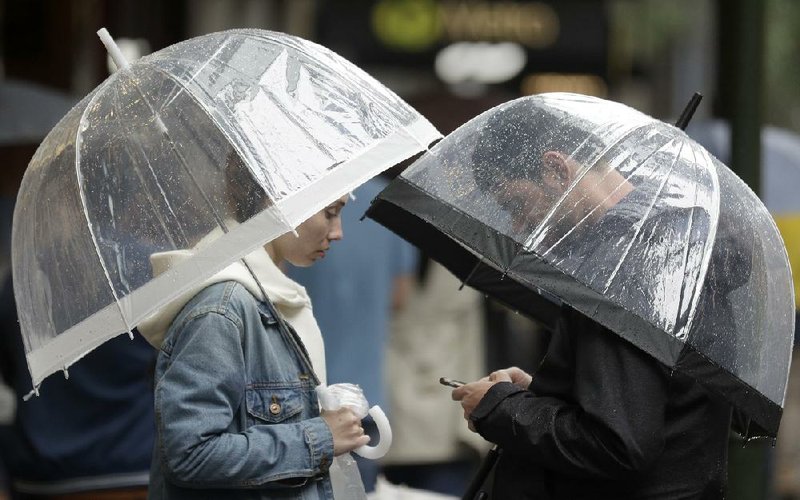 Australians shelter under umbrellas Friday in Sydney as rain falls on the region that’s been hit by drought and wildfires.

LONDON -- Britain has appointed Karen Pierce as the country's new ambassador to the United States.

The appointment of Pierce, who is currently ambassador to the United Nations, comes as Britain embarks on efforts to strike a trade deal with the United States after its departure from the European Union. Leaked memos derailed Pierce's predecessor in the position.

"It is a time of huge opportunity for the friendship between the U.K. and U.S. and I am delighted that Karen Pierce will take forward this exciting new chapter in our relationship," Foreign Secretary Dominic Raab said Friday.

Former Ambassador Kim Darroch resigned in July after his views on the U.S. administration appeared in leaked diplomatic documents that were published in Britain's Mail on Sunday newspaper.

In the leaked documents, he called the Iran policy of President Donald Trump administration "incoherent," said the president might be indebted to "dodgy Russians" and raised doubts about whether the White House "will ever look competent."

Pierce is the first woman to hold the job.

BAGHDAD -- Iraq's most powerful Shiite cleric in a sermon Friday called for security forces to protect anti-government protesters, after weeks of violence in Baghdad and southern Iraq, and as tensions peak between demonstrators and followers of a cleric.

Al-Sistani, a revered Shiite religious figure whose opinion holds sway over Iraqis, said security forces were "indispensable" and responsible for maintaining law and order. Al-Sistani's comments were delivered Friday by a representative in Najaf. He directly condemned Wednesday's attack.

Security forces "must bear the responsibility for maintaining security and stability, protecting peaceful protests and protest sites, uncovering the aggressors and infiltrators," he said.

At least eight anti-government protesters were shot dead and 52 were wounded in the clashes Wednesday with followers of al-Sadr in Najaf. Al-Sadr initially threw his weight behind the anti-government uprising but recently repositioned himself toward the political establishment after political elites selected Mohammed Allawi as prime minister-designate, a candidate he endorsed.

MOSCOW -- Russia has repatriated 26 Russian children from Syria and plans to take dozens more home in the future, a Kremlin official said Friday.

Kuznetsova said Friday that the children ages 2 to 15 were taken from the al-Hawl refugee camp in northeastern Syria near the border with Iraq. A further nine children from the same camp will be flown to Russia shortly after the necessary formalities are completed, she added.

Kuznetsova said that her office is preparing the repatriation of 73 more children from al-Hawl and another refugee camp and is searching for more.

Most of the children are the offspring of Russian women who married Syrian men and have been living in Syria for some time. There are no plans to repatriate adult Russians who live in Syria.

The Kremlin official argued that the children are in jeopardy because of poor conditions in the refugee camps in war-ravaged Syria, describing the repatriation as a "matter of life or death."

CANBERRA, Australia -- Heavy rains lashed parts of the wildfire and drought-stricken Australian east coast on Friday, causing some flooding in Sydney and offering relief to firefighters still dealing with dozens of blazes in New South Wales.

New South Wales is the state hardest hit by wildfires that have killed at least 33 people and destroyed more than 3,000 homes in an unprecedented fire season that began late in a record-dry 2019.

New South Wales fire service commissioner Shane Fitzsimmons said he was optimistic that the rain will help extinguish some blazes in the next few days. He said 42 fires were burning in the state, with 17 of those not contained.

"We don't want to see lots of widespread damage and disruption from flooding, but it is certainly a welcome change to the relentless campaign of hot, dry weather," he said.

Firefighters can't contain major blazes across the southeast without heavy rain. The rain forecast to move southwest from the northeastern coast over the next week would be the first substantial soakings to reach dozens of fires that have spread for weeks. 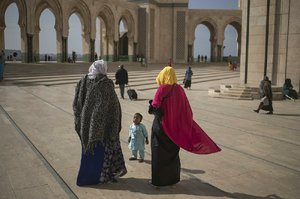 Photo by AP/Mosa’ab Elshamy
A Muslim family finishes up Friday prayers at the Hassan II mosque in Casablanca, Morocco, which is one of the largest mosques in Africa.