Chicken is what's for breakfast

Wendy’s again trying out first meal with poultry on menu by LAURA REILEY THE WASHINGTON POST | February 9, 2020 at 1:43 a.m. 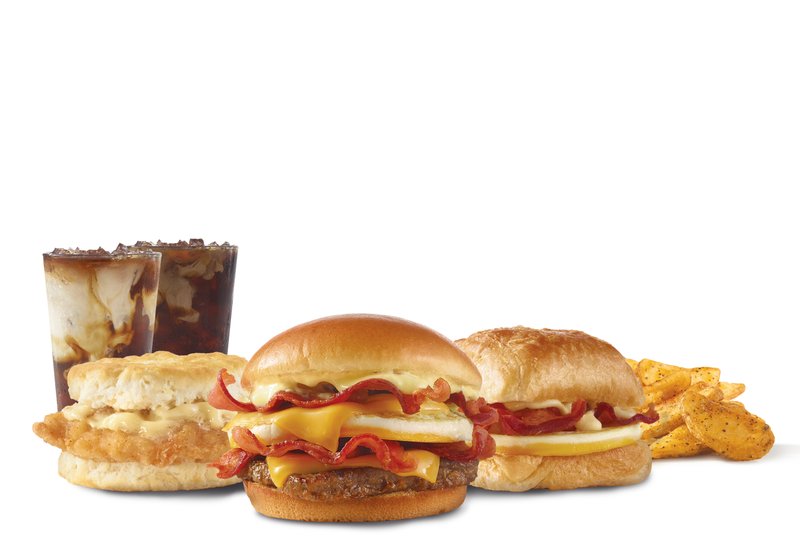 Last week Wendy's said in a tweet that it will begin serving breakfast March 2.

This is not the first foray into "the most important meal of the day" for the No. 2-selling hamburger chain. In the 1980s, their french toast, breakfast sandwiches and omelets never managed to loosen the vice grip McDonald's has had on the morning meal. Wendy's tried again in 2013 but again discontinued the effort.

But the Twitter announcement might presage a better outcome in the breakfast battle this go-round, industry experts say.

"Their social media is strong, with an irreverent tone," said David Henkes, advisory group senior principal at market research firm Technomic. "There's a growing role for Twitter and social media more generally to get the word out."

Via a sassy social media campaign, Wendy's inserted itself into the great chicken sandwich wars of 2019, alongside Chick-fil-A and Popeyes, Henkes said.

Chicken, in fact, may prove the second feather in Wendy's breakfast cap.

An increased interest in chicken sandwiches has allowed the item to bleed into breakfast, with chicken biscuits, chicken and waffles, and other morning poultry offerings. Wendy's will be debuting a honey butter chicken biscuit, along with a "Breakfast Baconator" and a Frosty-ccino to nip into Starbucks' territory.

A chicken breakfast sandwich may help reorient consumers. The impetus behind Wendy's decision, Belch said, is growing a part of the day when stores currently stand empty. Like McDonald's breakfast-all-day initiative, it expands the number of hours of high customer traffic.

"The breakfast day part is a sizable market," he said. "There are potentially a lot of younger people who are not an eat-at-home crowd. They are used to going out to eat. Wendy's says this could add 10% to their revenue."

Henkes said that total breakfast sales continue to rise. "We are forecasting it will continue to outperform the industry in general," he said, "with a lot of opportunity to convert consumers from their at-home activity. Breakfast is still extremely underpenetrated, and there's still a lot of white space."

Wendy's has been test-driving breakfast at about 300 restaurants, including airport kiosks, and will undertake expanding to all 6,000 U.S. locations in the next month. They intend to hire up to 20,000 employees.

Carl Loredo, chief marketing officer for Wendy's, said that hand-cracked fresh eggs will be used on all breakfast sandwiches --many competitors use a liquid egg product.

When asked if Wendy's anticipates making a significant dent in McDonald's longtime breakfast dominance, he said, "We have a plan in place to succeed, and that starts with listening to and delivering on what customers are asking for -- a better breakfast."