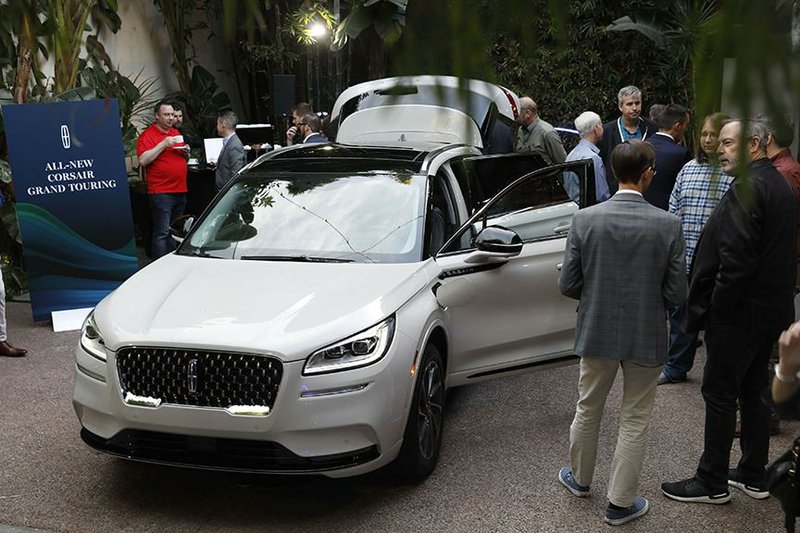 Ford Motor Co., founded 100 years and 15 days before Tesla Inc., is paying the price for a sudden role reversal: It's now the one struggling to produce a new model on time, at scale and without losing money.

Ford shares fell as much as 10% last week after the automaker projected lower-than-expected profit for this year and reported that 2019 ended with a quarterly net loss. Costs linked to launching revamped F-150 pickups will hurt upcoming results and extend an earnings slump partly blamed on the botched rollout of its signature SUV, the Explorer.

The disappointing forecast and faulty introduction of a crucial vehicle are reminiscent of the struggles investors watched Elon Musk go through for years. Tesla almost went out of business, the billionaire chief executive officer has said, because of the "production hell" the electric-car company went through ramping up output of its Model 3 sedan.

Now, after Musk accelerated the introduction of his new Model Y crossover for the second time in as many quarters, Tesla had a market capitalization just shy of $160 billion. Ford was valued at just a quarter of that -- $36.4 billion -- and is poised to fall further behind.

"We can't miss a beat now in the product launches," Ford Chief Executive Officer Jim Hackett said on an earnings call, just after Chief Financial Officer Tim Stone summed up the company's financial performance as "not OK" in an interview.

Ford management "went to the desert to get to the bottom" of what went wrong with the Explorer, Hackett added. "I have zero questions that we have identified what was at risk there, what bad decisions we made, what things we have to change. That's all in the rearview mirror and now it's about executing."

Tesla shares more than doubled this year, an ascent that's left some on Wall Street in awe and others aghast. The stock gave back a bit of those gains at midweek, dropping as much as 11% to $787. Ford declined 9% to $8.36.

Musk's next-largest U.S. foe, General Motors Co., recently forecast flat earnings for 2020. Its market value peaked at about $67 billion in October 2017 and has crept below $50 billion.

Ford trades at a steep discount to Tesla despite continuing to handily outperform Musk's company on several metrics. For one, Ford shipped more than 5.4 million cars and trucks to dealers worldwide last year, more than 14 times the 367,500 vehicles Tesla delivered to customers.

But the direction those respective numbers are heading trouble Ford's investors and excite Tesla's. Ford's shipments fell 10% last year, and the company didn't give a projection for 2020. Tesla just increased annual deliveries by 50% and is projecting at least 35% growth for 2020.

Ford sees earnings before interest and taxes falling to a range of $5.6 billion to $6.6 billion this year, trailing analysts' average estimate of $7.4 billion. Adjusted profit in the last quarter of the year also missed projections.

Credit-ratings companies have raised concerns about the efficacy of the restructuring efforts, with Moody's Investors Service downgrading Ford to junk in September. S&P Global Ratings then cut the company to the lowest investment-grade rating in October.

Tesla, by contrast, could be due for upgrades after ending last year with a record cash balance and three straight quarters of positive cash flow.

In closing his call with analysts -- who at times sounded frustrated about the lack of specifics Ford provided in its guidance for the upcoming year -- Hackett pleaded for patience and vowed progress.

"Can we execute? Of course we can. We will promise that we will earn your trust," Hackett said. "I don't want you to think that we have to struggle on the way to the future. We aren't going to cancel the future because of the focus on earnings. We think that the improvement in earnings that we all want and the requirement that we have to get to our future can live in a synergistic way."