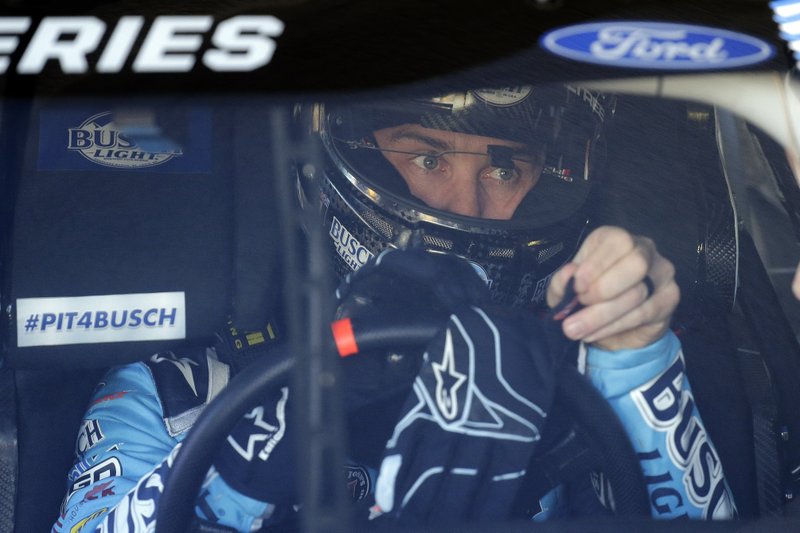 Kevin Harvick gets ready to go out on the track during a NASCAR auto race practice at Daytona International Speedway, Saturday, Feb. 8, 2020, in Daytona Beach, Fla. (AP Photo/Terry Renna)

DAYTONA BEACH, Fla. -- Kevin Harvick put a mic drop on his TV broadcasting career and turned off the dial on his radio show. The moonlighting gigs have been parked, minimizing his distractions, maximizing his family time, but certainly not accelerating any thoughts about retirement.

If he kept his talk show, Harvick could have broken his own news: His time in the media on hiatus, but his racing career is miles from the finish.

At 44, Harvick is not only still on the short list of NASCAR's elite drivers, the 2014 Cup champion is set to drive for a few more seasons after he agreed to a two-year contract extension with Stewart-Haas Racing through the 2023 season.

"I really like racing with the group of guys and the organization that I'm at," Harvick said Saturday at Daytona International Speedway. "I've worked my whole career and feel like I got here with a group of guys and people that I've had success with, and for me, going through a few more years in the car just made sense."

Harvick, who has 49 career wins and won the 2007 Daytona 500, did make a few key concessions in his professional life to remain focused as a championship contender at SHR. One of the more outspoken drivers in the garage, Harvick gave up his occasional job calling Xfinity Series races for Fox Sports and will no longer host his "Happy Hours" talk show on SiriusXM NASCAR Radio. He has two young children -- his boy, Keelan, a fixture by his dad's side on race weekend -- and wanted another free day during the week to spend time with his family.

"Wednesday's just don't work very well for me with Keelan with picking him up from school and going to events and activities and things after school. He didn't really like it," Harvick said. "That was a piece of the equation. The other piece was that in order to do that stuff right, it isn't just the show. It is the production meetings and the time, and you have things coming up from a development standpoint that are going to take a lot of time at the end of the year to get prepared for 2021 from a testing standpoint."

Harvick has been the linchpin at SHR since he left Richard Childress Racing and joined the organization in 2014. He won a championship in his first season and has 26 of his 49 career Cup wins for the team backed by Hall of Famer Tony Stewart. Harvick drives the No. 4 Ford for SHR and has finished third in the final standings each of the last three seasons -- and raced for the championship in the season finale in five of the six years of the format.

"Kevin Harvick is a world-class wheelman, leader and steward of the sport," SHR President Brett Frood said. "We are very fortunate to have him as an integral part of Stewart-Haas Racing."

He hasn't totally surrendered his side jobs: Harvick is still the face of Kevin Harvick Inc., a sports and celebrity-marketing agency that boasts country music singers, MMA fighters and even his fellow NASCAR drivers on the roster. KHI had a front-row seat to one of the biggest UFC fights in company history when Harvick's buddy Donald "Cowboy" Cerrone fought Conor McGregor last month in the main event of UFC 246.

"The easy part is doing the contract and getting the things that the athlete does," Harvick said. "The hard part is that you are almost like a concierge service of trying to accomplish everything else and connect the dots to the right people and the right fit for those clients. It is all drastically different and some of that comes from different sports and different leagues and different personalities."

Cerrone likely will skip Daytona when Harvick tries to become the 13th driver to win two Daytona 500s and a victory would come 13 years after his only checkered flag at the "Great American Race."

Harvick could give TV tips at the SHR debrief, with Bowyer set to take over calling Xfinity races for Fox. If Harvick hangs up the helmet at the end of 2023, it would come with NASCAR on the brink of signing a new TV contract, giving him the option of perhaps returning to the booth. Then again, KHI could continue to take off faster than the speeds on the Daytona straightaway, leaving him more businessman than race analyst.

"KHI is definitely bigger than I thought it would be at this point but the TV and radio stuff is something that I am extremely interested in," Harvick said. "I talked with some of my friends over the offseason just about where I was at with things and everybody told me the same thing. Just that if you are not done with that competitive side of it, keep chasing that side." 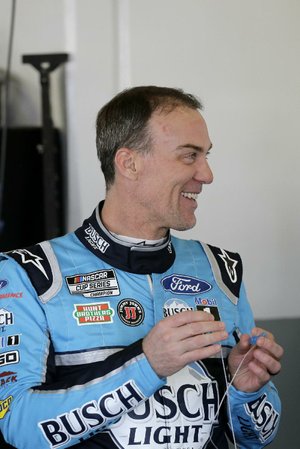 Kevin Harvick agreed to a two-year contract extension with Stewart-Haas Racing through the 2023 season on Saturday. Harvick has won 49 NASCAR Cup races and the 2007 Daytona 500 in his career. (AP/Terry Renna)