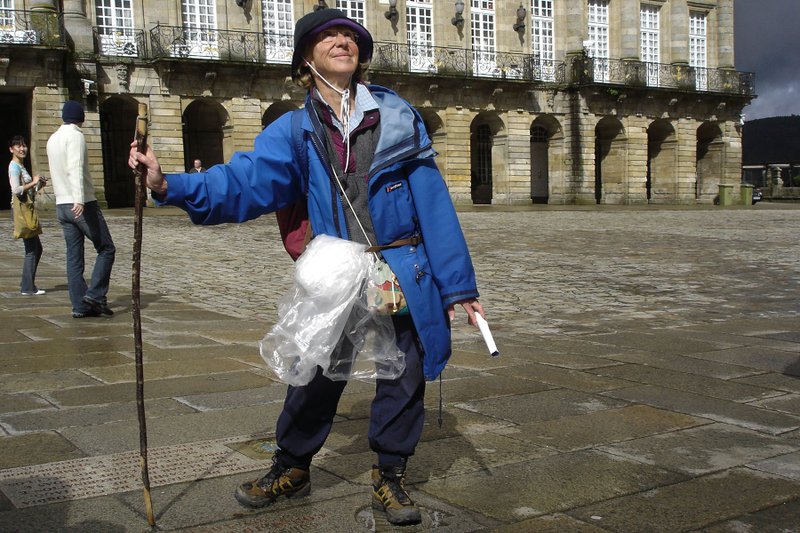 A jubilant pilgrim on Spains Camino de Santiago marks the end of her journey in front of the cathedral in Santiago de Compostela. (Rick Steves' Europe/Rick Steves)

To travel as a pilgrim is to experience "travel with a purpose" — to go beyond tourism and connect more deeply with a place, a culture, or a faith. Travelers considering pilgrimages in Europe have the opportunity to follow centuries-old routes or trace new paths in a search for perspective on their own culture — or the culture of others.

"The Camino de Santiago" — the "Way of St. James" — is Europe's ultimate pilgrimage route. Since the Middle Ages, humble pilgrims have trod hundreds of miles across the north of Spain to pay homage to the remains of St. James in his namesake city, Santiago de Compostela. Today, more and more pilgrims are traveling this ancient pathway — each for his or her own reason. It's a substantial commitment: Most take a month to walk the 450 miles from the French border. It's pure joy to be in Santiago de Compostela's main square as well-worn pilgrims are overcome with jubilation as they reach their goal.

For eight centuries Assisi, Italy, has been one of the most visited pilgrimage sites in all of Christendom. With every visit, I'm struck by how the spirit of St. Francis still pervades his hometown — even nonreligious travelers become pilgrims of a sort. Around the year 1200, this simple friar countered the decadence of the Church and society in general with a powerful message of nonmaterialism and a "slow down and smell God's roses" lifestyle. A huge monastic order (the Franciscans) grew out of his teachings, which were gradually embraced by the Church. Sitting on a hill overlooking the town, hearing the same birdsong that inspired Francis, always calms my 21st-century soul.

For me, as a Lutheran, coming to "Lutherland" is a bit like a Catholic going to Rome. Three destinations in eastern Germany make a meaningful Protestant pilgrimage. In Erfurt, visitors can tour the church and monastery where young Martin Luther struggled with his theological demons. Nearby is Wartburg Castle, where Luther hid after speaking out against Church corruption and where he diligently translated the New Testament into German. Finally, in the unassuming little town of Wittenberg, Luther posted his 95 Theses on a church door, starting a chain of events that would split Western Christian faith, cause empires to rise and fall, and inspire new schools of art and thought. The sites are physical reminders of courageous accomplishments of the Reformation — and the enduring example Luther set for those who dare to speak truth to power. 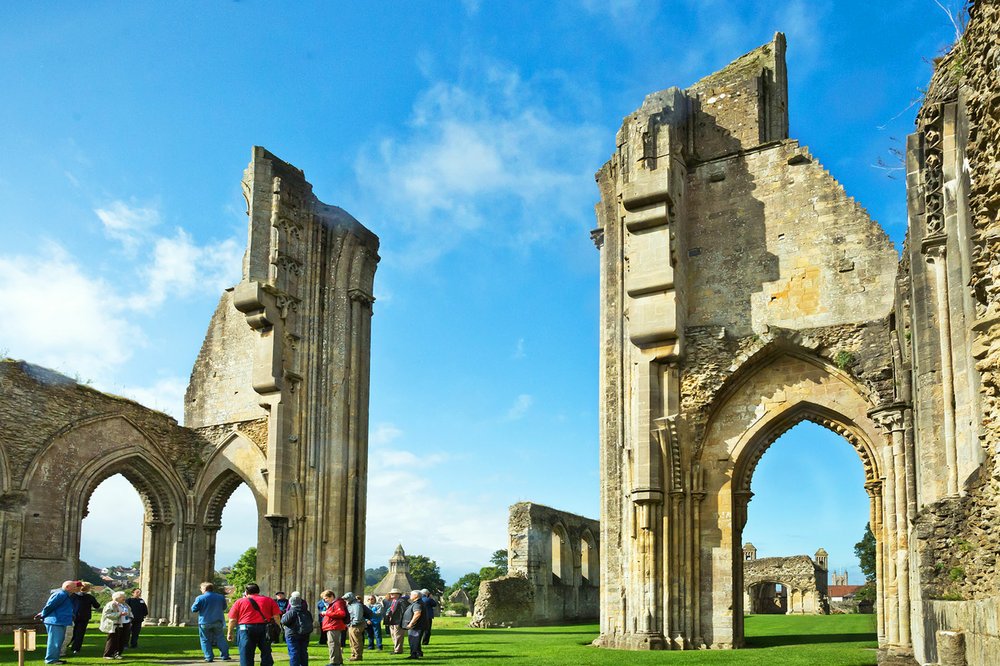 The evocative ruins of Glastonbury Abbey, in southwest England, mark one of the holiest spots in Great Britain. (Rick Steves' Europe/Addie Mannan)

Glastonbury, in southwest England near Bath, has been a religious site as far back as the Bronze Age. For thousands of years, pilgrims have climbed Glastonbury Tor, a hill seen by many as a Mother Goddess symbol. Glastonbury is also considered the birthplace of Christianity in England. According to legend, the Holy Grail lies at the bottom of Chalice Well, a natural spring at the base of the hill. England's first church was built near this spring, and eventually, a great abbey was founded that, by the 12th century, became the leading Christian pilgrimage site in all of Britain. Today, Glastonbury and its mysterious hill remain a center for those on their own spiritual quest.

One of the most powerful and beautiful experiences for me in Istanbul is the Eyup Sultan Mosque. People from all over the Muslim world come here to recognize the burial place of Eyup Sultan (also known as Abu Ayyub al-Ansari), the Prophet Muhammad's standard-bearer and companion, who was buried here during the siege of Constantinople in the 670s. This is where new Ottoman sultans received their sword of sovereignty as they took the throne (comparable to being crowned). It attracts a very conservative, religious crowd, humble in mood and attire, who are looking for spiritual fulfillment. It's a place to feel the pulse of the faith in Istanbul, and to recognize what an important spiritual capital this great city is.

Following tradition, many religious Jews travel to Central and Eastern Europe every year to pray by the graves of respected figures. They may place pebbles or candles on the tomb and leave messages on slips of paper. Increasingly, even nonreligious Jews design their own pilgrimages to meaningful sites for learning, reflection and remembrance. Europe's venerable Jewish quarters offer rewarding glimpses into the richness and longevity of Jewish culture. As you stand before the Dohany Street Synagogue in Budapest, for example, you can imagine the Jewish Quarter as it thrived in the 19th century. A walk through this lively zone turns up artifacts and monuments that ask travelers to ponder the huge loss of culture, knowledge, and humanity that took place between 1938 and 1945.

Throughout Europe, regardless of your religion, there are pilgrimages you can take to feel the spirit. And there are many opportunities to be inspired by — and learn from — a powerful religious scene that is not your own.