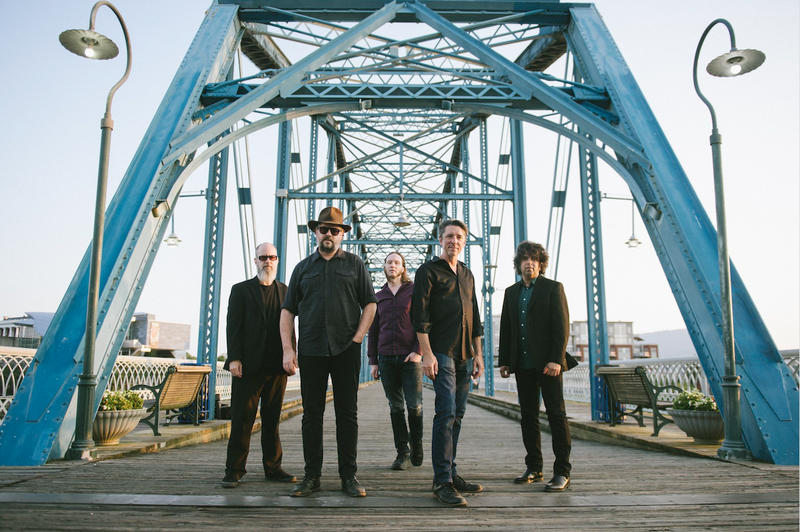 Before we commence our reviewing of The Unraveling by the Drive-By Truckers, a few words:

There are some things that happen to us to which the intelligence and the senses refuse ... occurrences which stop us dead as though by some impalpable intervention, like a sheet of glass through which we watch all subsequent events transpire as though in a soundless vacuum, and fade and vanish; are gone, leaving us immobile, impotent, helpless; fixed until we can die.

William Faulkner wrote that and put it in the mouth of a character named Miss Rosa Coldfield in a novel called Absalom, Absalom! about Thomas Sutpen, a poor boy from West Virginia who re-invented himself as an aristocrat and came to Mississippi to carry out his "design."

For a time, Rosa was engaged to marry this man, but -- spoiler alert -- he asked her to do something she was not willing to do. (That's the occurrence which stopped her dead.) For her trouble, she became penniless.

When we first meet her in the novel, she has been wearing black for 43 years, living in the stuffy house she grew up in, never leaving after sundown except for prayer meetings on Sundays and Wednesdays. She imagines herself the "county's poetess laureate" for she has written "a thousand and more" poems for the Confederate dead.

I imagine Miss Rosa to be like a lot of people, nostalgic for a phony heritage. She defended all those statues they were putting up just before the time she died in 1910 to all the Heroes of the Lost Cause.

Absalom, Absalom! isn't really about Miss Rosa. She's just one of the voices that tell us about this Sutpen dude. (She gets in first licks, describing him as a repellent, sexually aggressive demon.) But she's a fascinating character and when I first listened to the new Drive-By Truckers' album, I thought the first song, "Rosemary with a Bible and a Gun," might be about her.

I don't know why. I wasn't listening that closely to the lyrics, which elliptically describe a car ride taken by the singer up Interstate 55 in Mississippi to Memphis with a woman named Rosemary (not Rosa) singing (presumably along with a car radio) as she looks out the window. They're running away.

It's a pretty, almost delicate song, measured out by piano chords. It's obviously not about a virtue-cherishing spinster, though all we really learn about this Rosemary is that she's a smoker ("the ashtray it would fill up twice"), the singer is smitten with her, and her father is irate about their running off together.

So far as we know, Rosemary doesn't compose odes to rebel soldiers, but the singer manages to pull off a verse remarkable for its compression and detail:

with neon in the fall

It's presumptive to imagine that the audience for a pop song lyric might make sense of the reference to the great American artist who legitimized color photography as high art. The writers give us credit for knowing stuff. Because we do, even if it's not always helpful, as when I connected Rosemary to Rosa Coldfield, and maybe the singer to Thomas Sutpen, a problematic character who a lot of folks consider an allegorical stand-in for the complex and problematic history of the American South.

But it weren't none of that, were it, Patterson? 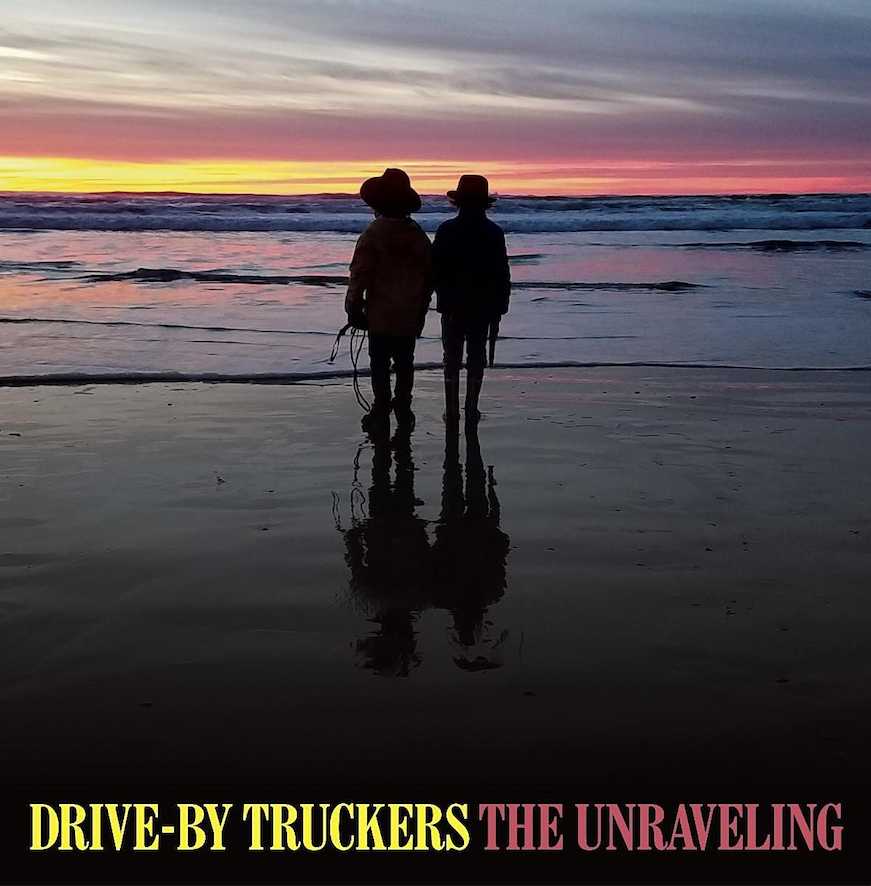 Patterson Hood is the singer, and his voice on this track presents as a kind of creaky whisper. A 55-year-old veteran of the industry who has been one of the Drive-By Truckers lead voices (as singer, songwriter and guitarist) since its inception circa 1994, he the son of David Hood, who in a fairer world would be celebrated for his role as the bassist in one of the most successful rhythm sections in pop and rock history, the Muscle Shoals, Ala.,-based Swampers.

The Swampers were name-checked in Lynyrd Skynyrd's "Sweet Home Alabama" and the band played on (or assisted in the production of) dozens of hit records by the likes of Aretha Franklin, Wilson Pickett, Percy Sledge, The Rolling Stones, Bob Dylan, Paul Simon, Leon Russell and Rod Stewart.

Hood grew up in Florence, Ala. He met his longtime musical partner Mike Cooley -- the other Alabama-born-and-raised singing, songwriting and guitar-choking engine of the DBT -- more than 30 years ago.

In the early '90s, they formed what might best be described as a power pop band called Adam's House Cat in Athens, Ga., but that project never really got purchase in anyone's imagination. (They recorded an album that wasn't released until a couple of years ago. It's pretty good, more like the dBs or Marshall Crenshaw than you might imagine.)

But then they formed the Drive-By Truckers, which became an important American rock 'n' roll band sometime around 2001 when they released a record called Southern Rock Opera. It used the ascendancy and (literal) crash of '70s icons Skynyrd as the spine of a story about their region and its history of disappointment and sullen persistence, and opened the eyes of a lot of critics to the DBT's aspirational noise and intellectual heft.

The fans, most of whom don't listen that closely to the lyrics, were already with the Truckers, though we would guess they gained a cohort of close attenders and lyric parsers about that time.

It has always been reductive to ghettoize the DBT -- or for that matter, Skynyrd or the Allman Brothers Band, as "Southern Rock." But we do it anyway, because it's convenient and because they present to the wider world as Southerners in the same way that Bruce Springsteen presents as a guy from New Jersey.

This means that casual consumers of their music might receive it as so much regional gothicism, what with all the dragging of lakes and blood feuding and moonshining and not getting above one's raisin' (and calling what you're wearing an outfit).

Which was part of the story but not all of it -- and we have a great deal of empathy for those who can tell only part of the story from their own peculiar perspective, like Miss Rosa Coldfield and whoever it is that Hood is impersonating in "Rosemary with a Bible and a Gun." Because we're not even going to get into Jason Isbell's tenure with the DBT in this review.

Our point being that the Drive-By Truckers is not strictly a Southern band; Hood lives in Portland, Ore., now, and that experience informs his writing on this record as much as having grown up Southern does. While Cooley still lives in Alabama, he has climbed up and looked out all across this country. He's seen -- to borrow a phrase from one of Hood's songs on this record -- "the curve of the horizon." He's up there high as a cell tower, receiving all sorts of free-floating information.

But it's not about words.

Sure, one of the ways to look at The Unraveling is as a product of a particular time, as topical commentary. This makes sense. You only need to read the menu of song titles -- "Babies in Cages," "Thoughts and Prayers," "21 Century USA" -- to understand the record as a response to current events. (Some of those titles might be a little on-the-nose -- that's one of the problems with titles and lyrics, they say what they say and don't say the other things they might have said.)

That's the way most people who will write about it will probably receive it. As 21st-century protest music, as Phil Ochs/Joe Strummer outrage. People who write about pop music tend to privilege lyrics, at least in part because they're writers, and writers tend to be fascinated with words, with their meanings and the way they can be strung together to convey complex and nuanced ideas.

But people who listen to pop music aren't as concerned with lyrics, or at least not the ideas these lyrics purport to convey. That's understandable, given that a pop song is still a pop song without lyrics or even a melody carried by vocals. Music doesn't need language, it has its own emotive flow and signifiers.

Adding idiosyncratic singers can be a dangerous proposition, one more thing that can possibly screw up, possibly knock the listener right out of the song. Adding lyrics that require parsing -- that might require the listener to think -- can only further shave down the potential audience for a song.

But maybe the risk isn't that great since so few of us listen to the words.

In the case of a band like the Drive-By Truckers, overtly political lyrics may seem to pose less of a risk now than they did before the release of 2016's American Band, an album that frankly and unapologetically declared their left-of-center positions on a number of issues.

Some people who didn't put a lot of effort into hearing lyrics embraced the DBT as rebel-flag flying party boys who sang about some dark, authentic stuff. But American Band is such an overt reaction to the election of Donald Trump that some of their fans simply couldn't ignore the record's political component.

Some of them, hearing some of the things the DBT were singing about on that album, peeled off. Others griped on social media about how their favorite band should stick to making music.

They might have a point, though there's something cathartic about hearing Cooley try to pull down the temple on "Grievance Merchants" -- about resurgent white nationalism -- and "Thoughts and Prayers" feels as necessary as it is direct.

But what I hear is a band record, a noise generator, professionally realized rock 'n' roll that could (and maybe should) exist independently of the outrage expressed.

I like the sound of it. I'll let you know about the poetry in a few years.

There is an interesting dichotomy to rock 'n' roll.

On the one hand, it is sometimes better the more disposable it is -- it lives in the joy-crammed moment. A fervent amateur hits an accidental chord and for some reason, tape is rolling. You get your one-off hit single, your timeless amber-trapped miracle and, after a while, everyone fades back into the working class.

That's the legend that we print. More often, hit records are conceived in offices and crafted by professionals paid by the hour. It's an industry, with standards and practices. Come right down to it, it's mostly marketing.

You want a career in music, you can't count on inspiration. Maybe you'll catch lightning once or twice, maybe seven of eight times. (Occurrences that stop us dead.) Some get it more often than that -- we put up statues of them.

You got to put in the work, play the scales. Play the clubs, like Hood and Cooley.

There'll be time enough for monuments.