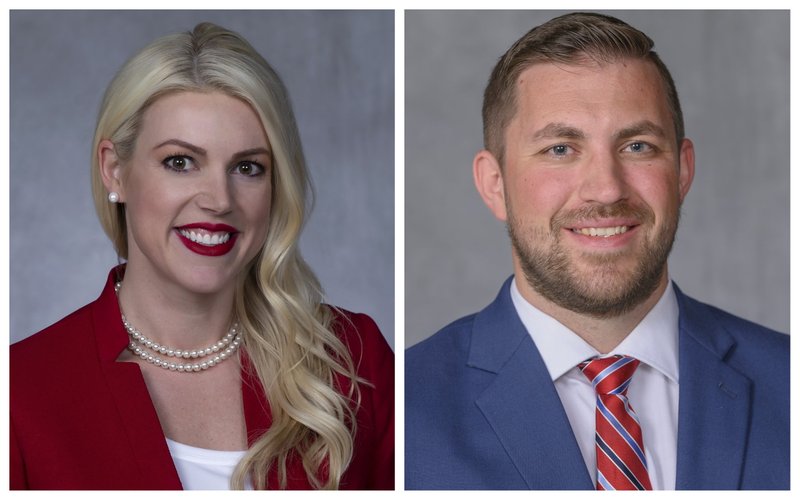 Attorneys for two legislative candidates disagreed before a Pulaski County circuit judge Monday on whether one of the candidates meets the residency requirement under the Arkansas Constitution to be qualified for this year's ballot.

Marietta McClure and Tony Furman, both of Benton, are vying in the March 3 Republican primary. The winner will be unopposed in the Nov. 3 general election. The incumbent -- state Rep. Jasen Kelly, R-Benton -- isn't seeking reelection in House District 28, which includes parts of Benton, Bauxite and Haskell.

Pulaski County Circuit Judge Mary McGowan held a hearing Monday on Furman's request for her to rule that McClure is ineligible and to bar Saline County election officials from certifying votes for McClure.

At the outset of the hearing, Furman's attorney, Joseph Churchwell, said the state constitution requires McClure to be a resident of House District 28 for a year before the election.

In his court filing, Furman said McClure's home is in House District 23, on Demuth Lane in Benton, and that she "has purchased in the eleventh hour, a small unsuitable residence in District 28, and she has not resided there for the requisite one year" before the election.

McClure testified Monday that she believes she became a resident of the home on West Narroway Street in Benton, in House District 28, upon the start of her lease Oct. 31, 2019.

"I would submit that the evidence here that has been submitted has failed to show that my client did not qualify for either of those," she said.

Baker noted McClure had testified that she took possession of the home Oct. 31 and that pictures show the home being lived in with "everything that a residence has." She said McClure moved her voter registration and driver's license address to the West Narroway Street home and put the utilities under her name.

But Churchwell said state legislators are required to have resided in a district for a year immediately before their election.

Churchwell said McClure testified that she began the process of moving into the home on Oct. 31, but she doesn't know the first night she stayed there or how many nights she has stayed there in the past 30 days.

He said McClure didn't reside in the home on Nov. 3, 2019, so she is clearly not qualified to be on the ballot under the constitution.

McClure testified that she and her husband initially started looking for a home in downtown Benton a few years ago because "we were so far out of town."

She said she and her husband signed a contract in August to buy the West Narroway Street home for $120,000 and then the closing schedule was delayed, so ownership was transferred in December. She said the purchase had nothing to do with her decision to run for the House District 28 seat; she said she decided to run after Kelly announced he wasn't seeking reelection.

McClure said the Demuth Lane home, on the market since November, is a 20-minute drive from her business, McClure Fitness, while the West Narroway Street home is two minutes away from the business and three minutes from her children's school. A close friend bought a home next door, she said.

She said she eats, watches TV with her children and sleeps at the West Narroway Street home during the day -- after McClure Fitness' early morning classes and before the business's evening classes -- and on some nights. She said she and her husband plan to renovate the home to make it larger but that they haven't decided on a particular plan.