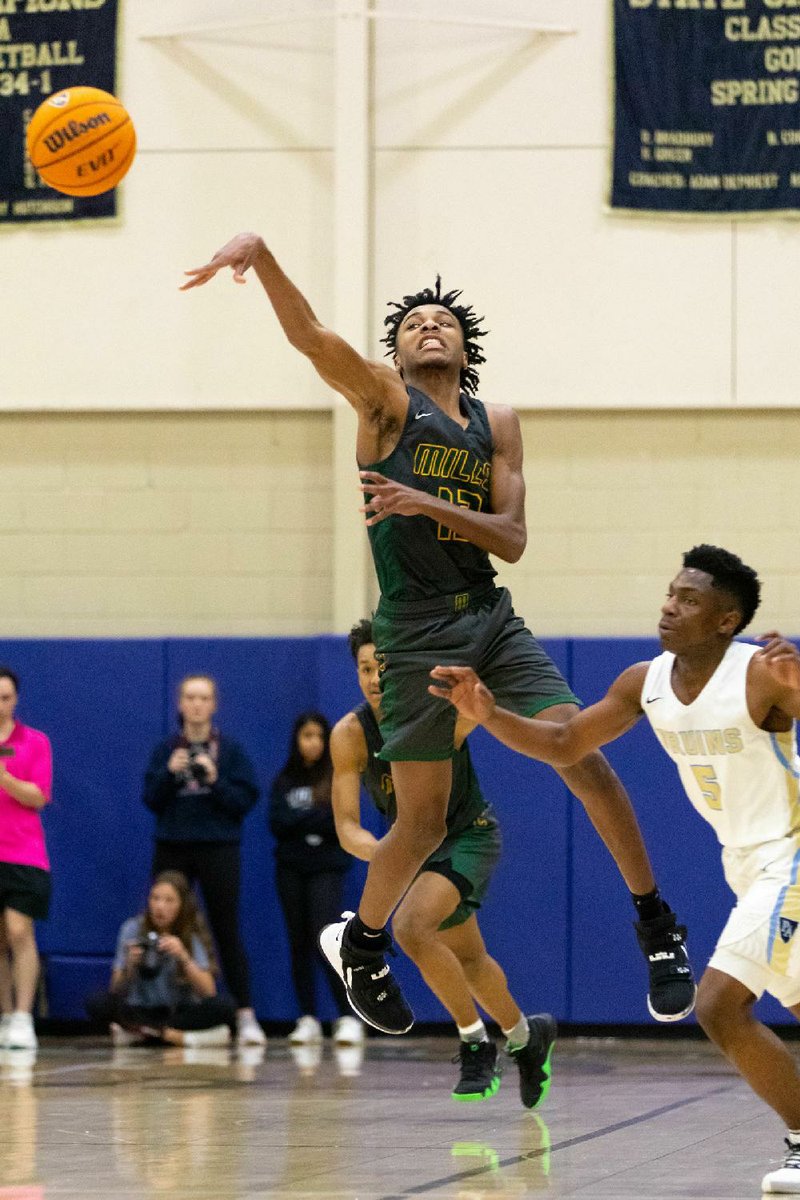 There was nothing soulful about Mills' play in the first half of Tuesday's game against Pulaski Academy, but the Comets were singing a different tune by the end of the game.

Senior guard Caleb Allen had 14 of his team-high 21 points after halftime as Mills utilized a big third-quarter to rally past the Bruins 65-61 at Alex Hugg Gymnasium.

Junior forward Jakari Livingston scored 17 points, with 12 coming over the final two quarters, for Mills (21-3, 13-1), which won at least a share of the 4A-5 Conference title after undergoing a dreadful first half on the road.

"Everything we talked about going, everything that we needed to stop them from doing, [Pulaski Academy] was able to do it," said Mills Coach Raymond Cooper, whose team turned the ball over 11 times in the first two quarters. "[Pulaski Academy] played with a lot of intensity in that first half. We came out flat, and it showed."

The Bruins led just 16-15 after the opening quarter but used an 8-2 run at the start of the second to take a 24-17 lead. Despite some ragged moments in the quarter, the Comets were able to pull within 28-25 after a 4-footer from junior forward Joseph Bell, but a three-pointer from Makan triggered a closing push that gave Pulaski Academy a 35-27 lead at halftime.

Mills, however, shook things up in the second half by turning the pace in its favor. The Comets forced four turnovers during a 12-0 run to start the third quarter. Allen had eight points in the spurt, including back-to-back three-pointers to put Mills ahead.

"We knew what it'd be like in the second half as far as [Mills] starting out in that third quarter," Pulaski Academy Coach Roger Franks said. "They scored six points in under a minute and went on a run, which was big. You're going to make mistakes and turn the ball over, but you can't have multiple bad possessions, which we had. 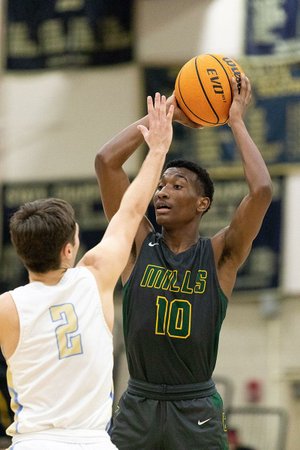 "You can't do that against a good team like Mills."

The Comets scored eight of the final 10 points of the quarter to take a 51-47 lead into the fourth. The Bruins did bounce back and found themselves holding a 60-59 lead after a basket from junior forward Griffin Newby with 3:02 left in the game. Pulaski Academy dented its chances by missing its last five shots but still had an opportunity to move out front late. Trailing 63-61, the Bruins worked the ball around for a final shot, but Allen came up with a steal with 4.1 seconds to go, then knocked down two free throws to seal the victory for the Comets.

"We had to pick the energy up," Cooper said. "We had to change the tempo in that second half. P.A. had us playing at their pace, and we had to flip that. You've got to go out and impose your will on them because they're not going to let you do it.

"They were outscrapping and playing harder than we were. So we had to go back to being who we are, and by doing that, we were able to pull it out."

The Lady Bruins scored the first 16 points of the game to destroy the overmatched Lady Comets.

Sophomore guard Riley Smith scored 16 points and had 9 steals for Pulaski Academy (21-2, 13-0 4A-5), which had 12 players score at least four points en route to winning its 17th game in a row. Senior forward Jazmene McMillan and sophomore forward Emma Whiteley added 11 points and freshman guard Natalya Kaza had 10 for the Lady Bruins.

Sophomore guard Judith Woods finished with 18 points and junior guard Gabbie Marler scored 9 for Mills (2-20, 1-13), which turned the ball over 19 times in the first quarter and trailed 58-14 at halftime. The Lady Comets ended the night with 33 turnovers and were outrebounded 32-15.