Entertainment district OK'd, but Eureka Springs plans to ease in 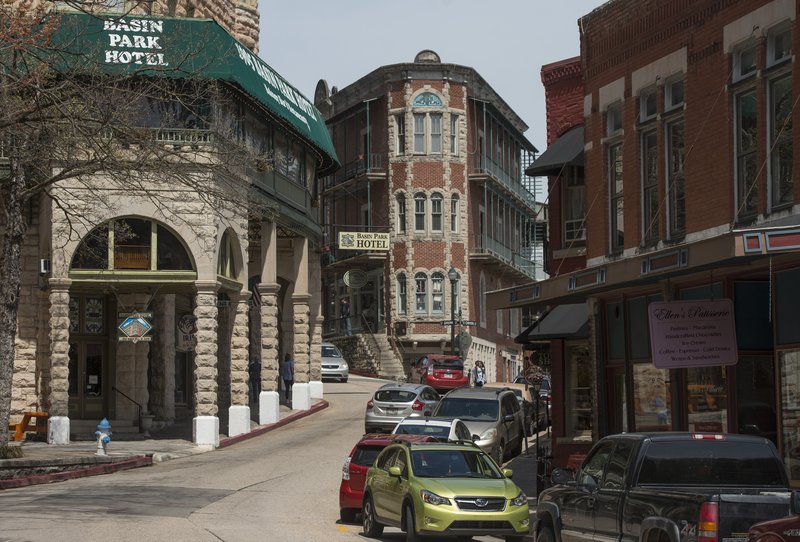 Eureka Springs will have a "semi-permanent" entertainment district beginning in about a month.

The City Council voted 4-2 on Monday to approve an ordinance establishing an entertainment district, where consumption of alcohol will be allowed outdoors on downtown city streets at specific times each week. It was the third and final reading of Ordinance No. 2292.

The ordinance, however, has a sunset clause, meaning it will expire at midnight on Sept. 13. The council can reassess the situation then.

Mayor Robert "Butch" Berry said "semi-permanent" might be the best way to describe the entertainment district for now.

"This gives us time to regroup and say, 'We need to redo this or we need to change it,'" said Berry.

According to the ordinance, if the City Council finds it necessary for public safety, it can suspend or terminate operation of the entertainment district by approving an appropriate resolution or ordinance.

"They thought it was a good idea, a reasonable compromise," said Berry.

Council Member Mickey Schneider was one of those who voted against the ordinance.

"If they were really serious about wanting to do this properly, they would have put it to a vote of the people because this town belongs to the residents, not to a handful of business owners," Schneider said Tuesday. "This is their town where their children hang out. Do they want to have their kids around open-drinking? Do they want to have their kids in danger of drunk drivers?"

Eureka Springs, population 2,073, relies on tourism, so it might seem like a logical place for an entertainment district, but Schneider said she represents many people who are against it.

According to the ordinance, the entertainment district will be in operation from 3 to 10 p.m. each Thursday, Friday and Saturday.

The ordinance lists the specific boundaries of the entertainment district and rules regarding outdoor consumption of alcohol from open containers.

Entertainment districts -- where drinking from open containers of alcohol is allowed outdoors -- have recently been established in Little Rock, Mountain Home, El Dorado and Texarkana. Other cities are considering them. Entertainment districts were made legal by Act 812 of 2019, which was passed by the Arkansas Legislature.

"Most of the concerns, I think, were people just afraid because you don't know what's going to happen," he said.