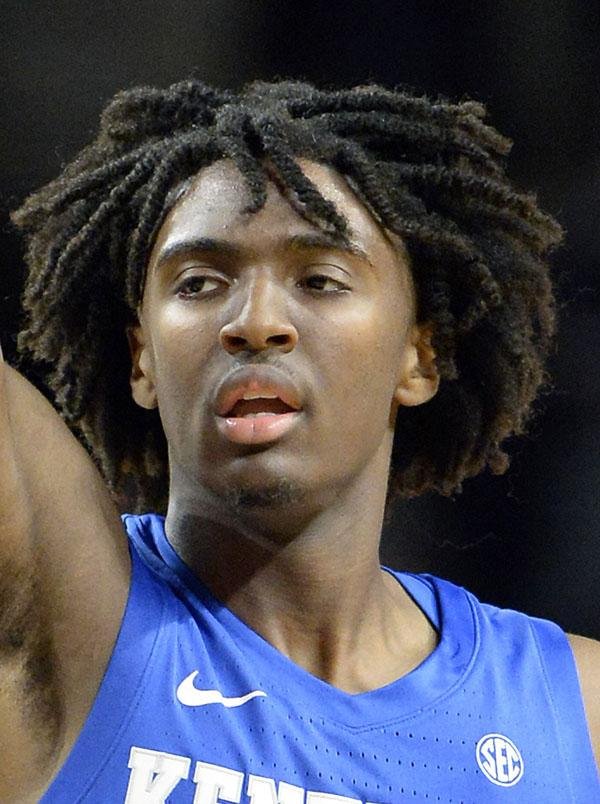 NASHVILLE, Tenn. -- Tyrese Maxey scored 25 points, and the 12th-ranked Kentucky Wildcats rallied from their biggest halftime deficit of the season to beat Vanderbilt 78-64 on Tuesday night.

With the victory, Kentucky (19-5, 9-2 SEC) kept a piece of the lead atop the conference standings with Auburn and LSU. The Wildcats also won their eighth consecutive over Vanderbilt, though this was the fifth time in the streak that they've had to rally from a double-digit deficit. They trailed by as much as 14 points in the first half Tuesday and were down 36-27 at halftime.

Vanderbilt (9-15, 1-10) was looking to make Kentucky the second consecutive ranked team to come into Memorial Gym and lose within the past week after the Commodores upset then-No. 18 LSU.

Kentucky looked like a different team in the second half. The Wildcats finally took their first lead on a Maxey layup with 11:16 left at 48-46 during a 24-4 run. Richards' dunk capped the spurt with Kentucky up 59-48 with 6:11 to go.

The Commodores pulled within 62-57 with 4:17 left after Jordan Wright stole the ball on the inbound play. Quickley answered with consecutive three-pointers to push Kentucky's lead back to double digits.

Vanderbilt ranks fourth in the SEC shooting (33%) from three-point range, and the Commodores opened with Pippen hitting a three to put the Commodores ahead. Four others made at least one three-pointer as Vanderbilt shot better outside the arc than Kentucky from the floor.

Lee hit Vanderbilt's eighth three-pointer of the half to put the Commodores up 34-20, and he added two free throws with 3:51 to match that 14-point lead.

Vanderbilt then went cold and didn't score again the rest of the half. Kentucky wasn't much better. Maxey's jumper with 3:12 to go the Wildcats' last field goal of the half, but Quickley made three free throws with 35.4 seconds left for the nine-point halftime deficit that was Kentucky's largest this season.

Both teams brought double-digit winning streaks into a chippy game that included seven technical fouls. Dayton (22-2, 11-0) got the better of it in every way, winning its 13th in a row.

The Nittany Lions (19-5, 9-4 Big Ten) made a season-high 14 three-pointers for their seventh consecutive victory that also snapped a nine-game losing streak in the series. It was Penn State's first win at Mackey Arena since Feb. 18, 2006.

Trevion Williams finished with 17 points and 10 rebounds to lead Purdue (14-11, 7-7), which had its three-game winning streak end.

CHAMPAIGN, Ill. -- Star guard Ayo Dosunmu crumbled to the floor clutching his left knee as Michigan State's Xavier Tillman threw down a huge dunk at the buzzer that lifted the Spartans over the Illini.

The severity of Dosunmu's injury wasn't immediately made available. The Illini's leading scorer had 17 points Tuesday and is averaging 15.8 per game.

BATON ROUGE -- Darius Days scored seven of his 20 points in the final five minutes as LSU rallied to beat Missouri.