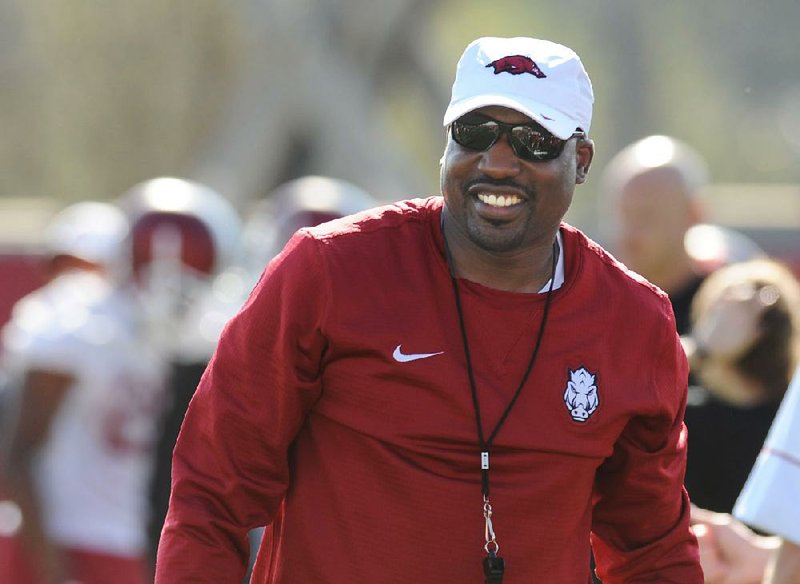 An attorney for former University of Arkansas assistant coach John Scott Jr. filed a notice of settlement brief on Monday in U.S. District Court following a breach of contract complaint leveled against him by UA officials.

Attorney Alan G. Crone of Memphis filed the brief with the U.S. court for the Western District of Arkansas, writing "an agreement to settle this cause of action has been reached. The parties will submit dismissal documents once the terms of the settlement have been accomplished."

Details of the settlement were not available.

Scott, 44, was announced as the defensive line coach at Penn State on Monday by Coach James Franklin.

The UA board of trustees in November filed the breach of contract complaint against Scott, who served as an assistant under Bret Bielema in 2017 and Chad Morris in 2018 before taking a job at South Carolina in January 2019. UA officials claimed Scott was obligated to pay $187,862.32 in liquidated damages for leaving after one season of the two-year deal he signed on Jan. 19, 2018, for a salary of $340,000 per year through Feb. 28, 2020.

In a response to the complaint filed last month, Scott claimed it was "frivolous, unreasonable and groundless."