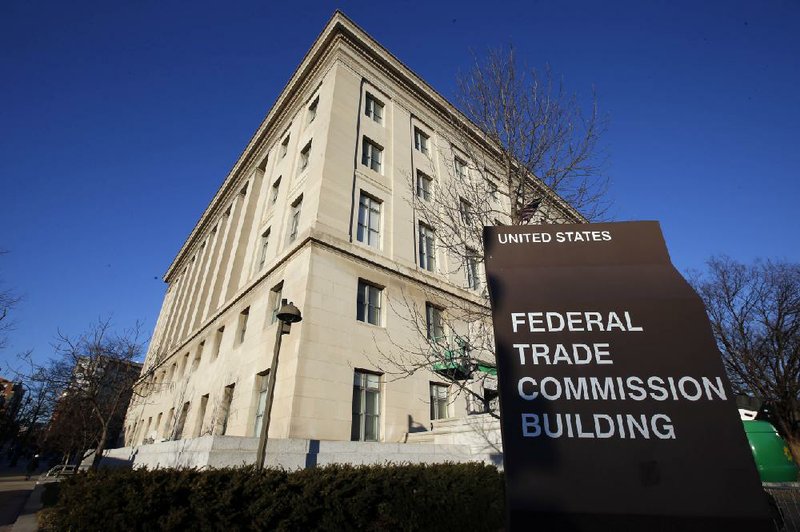 WASHINGTON -- Federal regulators are ramping up their investigation of the market dominance of five major tech companies, demanding detailed information on their acquisitions back to 2010.

The trade commission, the Justice Department and a House committee have been investigating the conduct of big technology companies and whether they aggressively bought potential rivals to suppress competition and hurt consumers. Some critics have pointed to Facebook's acquisition of Instagram and WhatsApp, for example, as deals that should be questioned.

The agency's orders take aim not at big deals, but those that were too small to be reported to regulators but may have targeted nascent competitors.

The popular messaging services are among some 70 companies that Facebook has acquired over the past 15 years or so, giving it what critics say is market power that has enabled it to snuff out competition.

The trade commission's move, which likely will entail reviews of hundreds of deals, takes place as critics complain that antitrust officials have been too permissive in allowing tech giants to buy rivals, strengthening their dominance.

"This initiative will enable the [the trade commission] to take a closer look at acquisitions in this important sector, and also to evaluate whether the federal agencies are getting adequate notice of transactions that might harm competition," commission Chairman Joseph Simons said in a statement.

The agency is asking the companies for information and documents on the terms, scope, structure and purpose of acquisitions made between Jan. 1, 2010, and Dec. 31, 2019.

Google faced antitrust scrutiny more than a decade ago over its acquisition of DoubleClick, a competitor in digital advertising.

Spokesmen for the companies couldn't immediately be reached for comment.

Rep. David Cicilline, D-R.I., chairman of the House Judiciary subcommittee on antitrust issues who is leading the panel's investigation, has said that Congress and antitrust regulators wrongly allowed the big tech companies to regulate themselves, enabling them to operate out of control, dominating the internet and choking off online innovation and entrepreneurship. He has suggested that legislative changes may be needed, though he has called breaking up the companies a last resort.

"It is far too common to hear horror stories from startups and other small businesses about how a dominant platform's abrupt changes have destroyed their business," Cicilline said at a hearing last month at which executives from small and medium-size tech companies testified.

The investigation, which is focused on "research and policy," can lead to enforcement action, including unwinding transactions the trade commission finds were problematic, Simons said Tuesday.

The orders also require companies to provide information and documents on their corporate acquisition strategies, voting and board appointment agreements, pacts to hire key personnel from other companies, and post-employment covenants not to compete.

The Federal Trade Commission also is seeking details about post-acquisition product development and pricing, including whether and how acquired assets were integrated and how acquired data has been treated.

U.S. merger law sets monetary thresholds that are updated annually for when deals must be reported to antitrust regulators for approval. The 2020 thresholds are deals valued at $94 million. An alternative threshold is based on company sales.

The new investigation could potentially look at dozens of small acquisitions made by Google in the past 10 years. The company often does "acqui-hires," buyouts with the purpose of bringing on a small team of talented engineers who may not even have a viable business on their own yet. Some of these deals aren't publicly announced.

From around 2010 to 2014 Google made many acquisitions in the advertising technology space as it sought to build up its business in that industry. Some were relatively large, like the $250 million buyout of Wildfire Interactive, but most were small, and therefore passed beneath the radar of regulators.

Apple has purchased hundreds of companies since 2010, but most of them have been small deals focusing on technologies to enable specific new device features.

For instance, as the company built up its revamped Maps app, it bought lesser-known companies like Embark, Locationary, BroadMap, Indoor.io, Mapsense and HopStop.com. To develop its latest machine learning and voice control software, it acquired startups like Cue, VocalIQ, Turi, Lattice Data, TupleJump, and Perceptio.

Amazon's small acquisitions in recent years include companies working on everything from internet-connected smart home and networking devices to cloud-computing applications that were folded into the Amazon Web Services division. Among them are a members-only retail site called BuyVIP, cloud computing startup E8 Storage and Eero Inc., a Wi-Fi system maker.