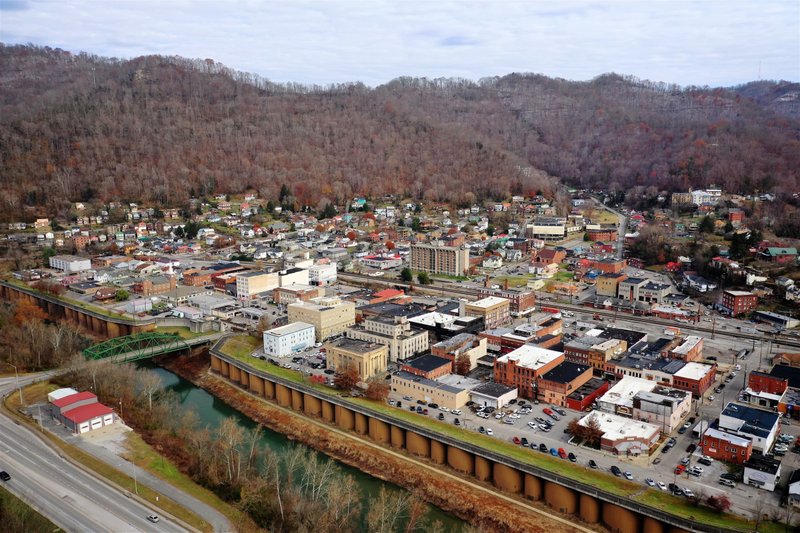 FILE- In this Thursday, Nov. 29, 2018 photo Williamson, W.Va., is seen across the border from Kentucky. West Virginia relies the most of any U.S. state on federal money that is guided by the once-a-decade census, according to a new update of a long-running study. Federal funding represents more than 16% of the personal income in West Virginia, according to an update released this week to the study led by Andrew Reamer at George Washington University. (AP Photo/Tyler Evert, File)

West Virginia relies the most of any state on federal money that is guided by the once-a-decade U.S. census, according to a long-running study.

Federal funding represents more than 16% of the personal income in West Virginia, according to an update released this week to the study led by Andrew Reamer at George Washington University.

Colorado had the smallest dependence on federal spending distributed with help from the census. Federal spending accounted for 6.3% of that state's personal income.

Meanwhile, social media company Twitter Inc. extended policies meant to protect election integrity to the census on Tuesday, saying it will prohibit posts containing false or misleading information about how to participate in the national survey.

Lawmakers and civil-rights groups have pressured the platforms to step up oversight of the census.

In addition to prohibiting false information, Twitter will prominently link to the census website when people search on Twitter for questions related to the survey, the company said in a blog post. That means that users can get information directly from the federal government, rather than relying on other Twitter users for information.

The federal spending includes money for Medicaid and Medicare as well as other programs. The most important factors accounting for the state-to-state differences in federal funding are poverty rates and the percentage of people living in rural areas, according to the study.

More than $1.5 trillion in federal funding to state and local governments is parceled out according to census data. Nationwide, census-guided funding drove 9% of personal income in 2017, according to the study.

In pure numbers, California received the most federal money of any state in 2017 -- almost $172 billion. New York came in second with more than $121 billion, followed by Texas with $101 billion.

Other states receiving more than $50 billion in federal money in 2017 were Florida with almost $87 billion, Pennsylvania with $63 billion, Ohio with $56 billion and Illinois with $55 billion.

Those states that receive the most federal funding are also among those that are spending the most in outreach for the once-a-decade census. California is spending $187 million in outreach efforts, and New York State plans to spend $60 million. Separately, New York City is spending $40 million on an awareness campaign.

Texas, on the other hand, isn't planning to spend any state money for outreach efforts.

The 2020 census started last month in a remote part of rural Alaska. But the rest of the nation won't be able to start answering the questionnaire until the middle of next month. For the first time, the U.S. Census Bureau is encouraging most participants to fill out the form online, although they can still answer the questions by telephone or by returning a paper form.

On Tuesday, several advocacy groups said they were starting a hotline to answer questions about the 2020 census and to also document any misinformation or disinformation that is spreading in hard-to-count communities.

Information for this article was contributed by Mike Schneider of The Associated Press; and by Eric Newcomer of Bloomberg News.