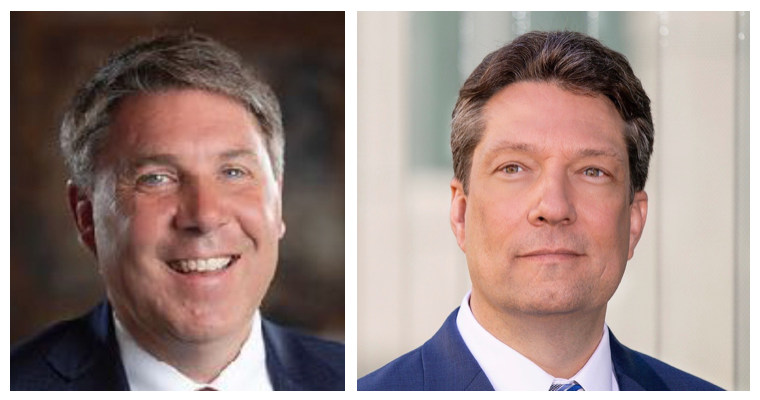 BENTONVILLE -- A.J. Anglin and David Bailey are seeking the judgeship for district court in Siloam Springs.

Judge Stephen Thomas isn't seeking reelection. Benton County is state District 1 and has four district judges who hold court in different parts of the county. The positions are nonpartisan and voted on countywide.

Residency: Siloam Springs. He has lived in Benton County for 34 years

Residency: Gravette. He has lived in Benton County for 23 years

Bailey, who has been a prosecutor for the court for 18 years, said he's running for the position because he wants to start a night court and veterans court.

Bailey said the night court would give people a chance to avoid missing work to attend court. He said the other three district courts in Benton County don't have a veterans court, although there's one on the circuit court level. Bailey believes one on the district court level could help veterans before they are arrested in connection with felonies.

Veterans court is a program designed to assist veterans facing criminal charges. The issues may be connected with the individual's military service. For example, a veteran may be coping with post-traumatic stress and would be provided with treatment through the court.

District courts have jurisdiction over traffic violations, misdemeanor violations of state law and local ordinances, preliminary felony matters and civil matters involving contracts, damage to personal property and recovery of personal property where the amount in dispute is less than $25,000.

Bailey said he has 23 years of legal experience as a prosecutor and defense attorney.

"I believe judges serve the people and not the other way around," he said. "I believe my passion for people and wanting to help qualifies me to be a judge."

Anglin said he has a unique perspective and experience to serve on the bench. He was a Siloam Springs police officer before becoming a deputy prosecutor in Benton County. Anglin is now a lawyer working for a law firm.

Anglin said he wants to start a program where people can perform community service to pay off outstanding fines. He said some people owe hundreds of dollars. Anglin said the program would help people who can't afford to pay the fines, would help the community and would reduce jail overcrowding because people won't be arrested for nonpayment.

Anglin said he wants to make sure that domestic abuse victims get a no-contact order, and it stays in place until the resolution of the case.

Bailey reported $15,000 in contributions and $29,410 in expenditures for the same time period.

The 2020 election will be March 3. Early voting begins Tuesday.

The term for district judges is four years, and the annual salary is $147,084.