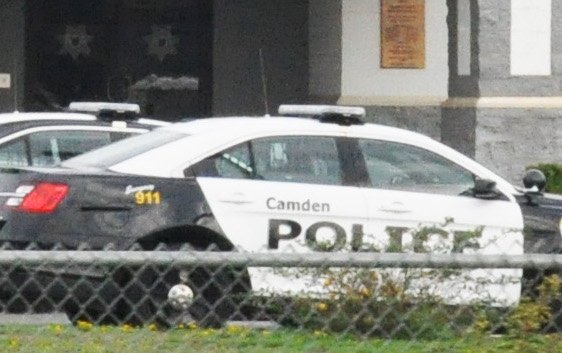 A Camden police car is shown in this 2015 file photo.

A Camden police officer accused of using a chokehold on a high school student Monday has been fired, according to a statement Thursday from the department.

The officer, Jake Perry, was placed on leave Monday during an investigation of the incident.

According to a news release, the department dismissed Perry after an investigation of the incident was submitted to Chief Boyd Woody, who determined Perry had violated department procedure.

A video of the incident showed Perry appearing to choke a student, lifting him off of the ground, while attempting to detain the student.

Perry was a school resource officer assigned to Camden Fairview High School at the time of the incident, according to the release. Woody previously said Perry has been with the police department for two or three years.

A Camden police employee said the chief was not unavailable for comment Thursday afternoon and would not return to the office until Monday.