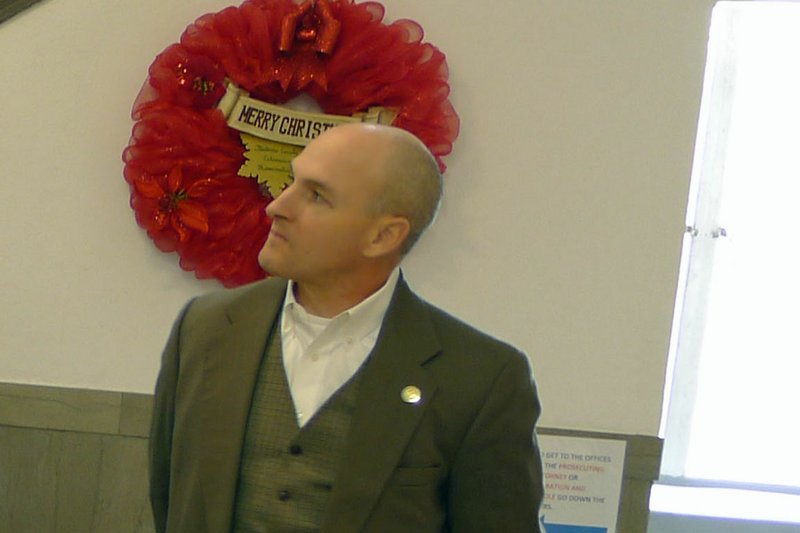 City leaders across the state have fewer than three weeks to double check whether the Arkansas Geographic Information Systems Office has their correct municipal boundaries for the 2020 census.

Shelby Johnson, an information officer with the agency, said Wednesday at the Arkansas Municipal League's 2020 Winter Conference in Little Rock that March 1 is the deadline for officials to double check their municipal boundaries and submit changes if needed.

"You have one last shot to look at it and say, 'Yep, they got it right,'" Johnson said. "We got all of our teams working on this, and we are super responsive."

The Geographic Information Systems Office has worked over the past few years to make sure any boundary corrections, improvements and annexations were done before the census.

Johnson said the municipal boundary and annexation program ensures the complicated process is tracked and maintained in the state's geographic information systems platform and rolled into the U.S. Census Bureau's database.

Approximately 30 cities have reported a problem with their legal boundaries, including Tuckerman, Hot Springs, Texarkana and Russellville.

"We are at the eleventh hour," Johnson said.

A clear understanding of municipality boundaries is essential for an accurate population count. Getting an accurate count is important to help cities receive maximum federal funding that is based on population.

Every year, census data is used to dole out billions of dollars in federal funds for hospitals, fire departments, schools, roads and other services. It is also used in parceling out more than $1.5 trillion to state and local governments, according to The Associated Press.

Census takers work to count every person in all 50 states, the District of Columbia and five U.S. territories -- Puerto Rico, American Samoa, Guam, the U.S. Virgin Islands and the Commonwealth of the Northern Mariana Islands. The count is mandated by the Constitution and is conducted every 10 years by the U.S. Census Bureau.

Every home will receive an invitation this year to respond to a short census questionnaire either online, by telephone or by mail.

Johnson said around 2015 the state's Geographic Information Systems Office began encouraging municipalities that were considering annexation to get it done and turned in by the end of 2018 to avoid a bottleneck in 2019.

"For example, if a city attempts to do an annexation late in 2019, then it might not get done in time for the census because of the paperwork and processing," he said.

Municipal changes can be 1 acre to hundreds of acres, but most come from resident-initiated annexations.

"I would say 86% of annexations in Arkansas are done by citizens," Johnson said.

Benton had the highest number of land transactions since the previous census in 2010 with 38, which added 1,953 acres to the city. Little Rock added the most land with 4,517 acres through 16 transactions.

Johnson said some corrections have been made to boundaries after a closer examination of official documents.

That was the case in Central Arkansas after recently discovered, decades-old errors in boundary lines between the Little Rock and Pulaski County Special school districts raised the possibility of some future transfers of land -- and students -- between the two districts.

Johnson said most of the transactions were done before late 2019, which helped the office avoid a potential bottleneck as cities tried to get last-minute annexations approved.

"Our goal was that everyone in this room would check the box that the legal boundary for our government is correct," he said. "Our goal has largely been met."