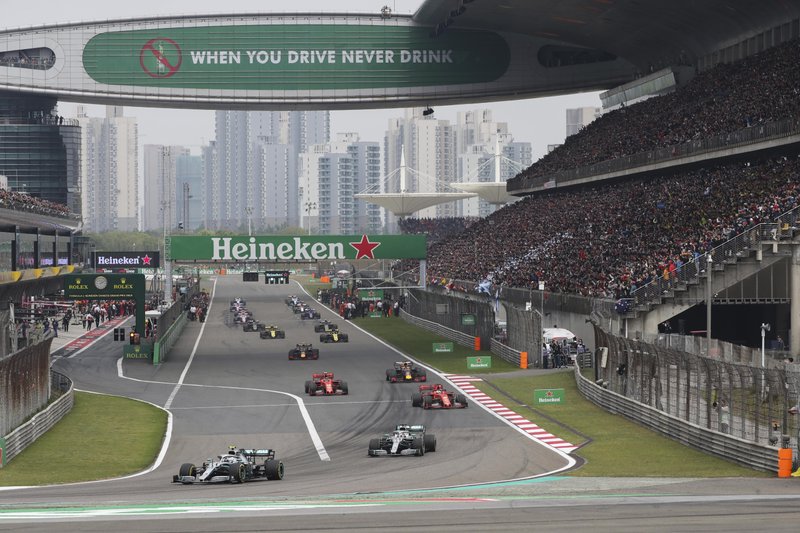 LONDON -- Formula One organizers on Wednesday postponed the Chinese Grand Prix that was due to be staged in Shanghai in April, the latest sporting event impacted by the fast-spreading viral infection in the country.

More than 1,100 people have died in China from the virus, which has been named COVID-19 by the World Health Organization.

One of 22 races on the F1 calendar for 2020 that opens in Melbourne next month, the Chinese Grand Prix was due to be staged on April 19.

The decision to postpone the race was taken after a request from the Shanghai promoter to "ensure the health and safety of the travelling staff, championship participants and fans," F1 said in a statement.

It is the first time a race has been called off since political unrest led to the cancelation of the 2011 Bahrain Grand Prix.

Motor sport officials from F1's governing body, the FIA, Chinese organizers and teams will remain in discussions about whether the race can be rearranged this year.

"All parties will take the appropriate amount of time to study the viability of potential alternative dates for the grand prix later in the year should the situation improve," F1 said.

Other virus-enforced cancellations or postponements range from soccer and Olympic qualifying events to golf tournaments.

The Tokyo Olympics open on July 24 and organizers have repeatedly said the games will not be cancelled or postponed. But many Olympic qualifying events are in disarray, with Chinese athletes not free to travel outside the country to participate.