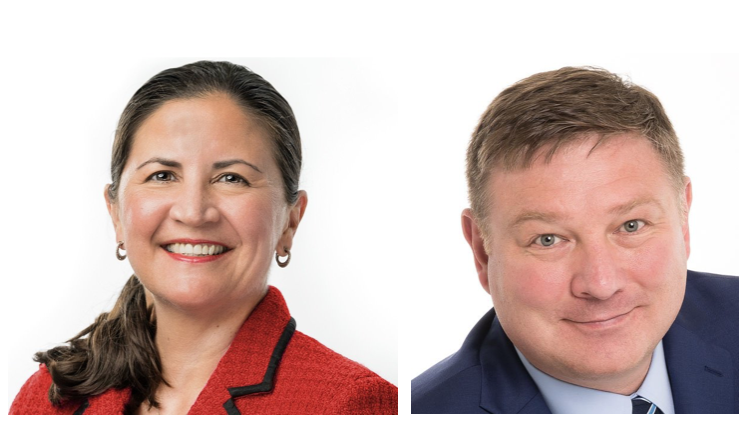 BENTONVILLE -- Christine Horwart and Tony Noblin are candidates for a new judgeship in Benton County.

The judicial position is the seventh for the 19th Judicial District West, which is Benton County. It was created by the Arkansas Legislature to respond to the growing caseload.

Residency: Bentonville. She has lived in Benton County for 25 years

Education: Law degree and bachelor’s degree, both from University of Nebraska

Residency: Rogers. He has lived in Benton County for 40 years

Horwart said she's been a lawyer for 25 years and has a civil law practice with a focus on domestic relations and trial work. She has handled almost every type of case in her career, she said.

"I've had thousands of hearings and trials, and I think that affords me a lot of experience with respect to how to run a courtroom and what's important for litigants," Horwart said. "It's important for people to have swift justice and an impartial judge that is unbiased."

Horwart, of Bentonville, said she believes she can bring that experience to the bench and better help the community serving as a circuit judge.

"I believe my passion for people and taking care of people and giving them the opportunity for a better tomorrow gives me a strong asset for this position," she said.

Noblin, of Rogers, believes his combined 25 years in military service, law enforcement and as a lawyer separate him from Horwart.

Noblin said he sees the position as a way to continue to serve the public. He learned the importance of service while in the Air Force, and it continued while he was a Rogers police officer, he said.

"I want people to know that this is a service job," he said about the judgeship.

Noblin said his path from the military to law enforcement and now a lawyer is a unique one, but believes it's a natural progression in his career. Noblin said he will bring those experiences and knowledge to the bench.

The county is blessed to have had good judges, and he wants to be one of them, Noblin said.

"The good judges and attorneys were my inspiration when I decided to go to law school," he said.

Horwart reported in her campaign financial report $45,925 in contributions through Dec. 31; $31,172 in expenditures; and $691 in nonmonetary contributions.

Noblin reported $21,174 in contributions by the end of December; $30,390 in expenditures; and $520 in nonmonetary contributions.

Circuit judges serve six-year terms, and their pay was increased in November to $172,298 a year.