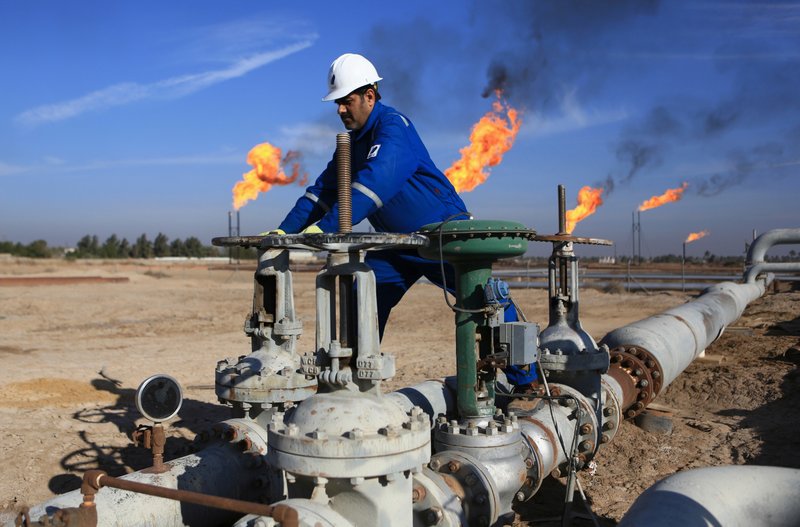 Iraq said to get U.S. waiver on Iran gas

The U.S. has applied sanctions on Iran that punish any country trading with it.

The waiver was issued as U.S.-Iraq ties remain strained over an American drone strike that killed top Iranian Gen. Qassem Soleimani near Baghdad airport on Jan. 3.

Washington had expressed willingness to extend the sanctions waiver, which was to expire this week, Iraqi officials said, on the condition that Iraq provide a timeline detailing a plan to wean itself off Iranian gas dependence.

The two officials said the U.S. issued the waiver anyway and offered the possibility of a longer time period if Iraq produces the requested timeline.

Iraq remains dependent on Iranian natural gas to meet electricity demands, especially during the scorching summer months when imports account for a third of consumption.

The killing of McKee caused widespread shock in a region still scarred by decades of violence known as the Troubles, in which more than 3,500 people died.

The Northern Ireland police said the man, who has not been named, was charged with murder, possession of a firearm with intent to endanger life and "professing to be a member of a proscribed organization."

The suspect is to appear today in court in Londonderry.

McKee, 29, was observing anti-police rioting in the city, also known as Derry, when she was killed in April. The New IRA, a small paramilitary group that opposes Northern Ireland's peace process, said its members shot McKee by accident while firing at police.

McKee had written about growing up gay in Northern Ireland and the struggles of the generation of "cease-fire babies" raised after the 1998 Good Friday peace accord that ended three decades of sectarian violence.

Hundreds of people attended McKee's funeral, including the prime ministers of Britain and Ireland.

MOSCOW -- A former Russian prison service official with cancer shot himself dead in a Moscow courtroom Wednesday after being handed a three-year prison sentence on corruption charges, officials said.

Court and investigative officials said Viktor Sviridov, who had served as chief of department in Russia's federal prison service, took out a pistol and fired it at his chest after a judge declared him guilty and imposed the sentence.

Officials were examining how Sviridov got the gun into the court building when he arrived for the hearing from home. Court officials said a metal detector at the entrance was functioning properly.

Sviridov had pleaded guilty to the corruption charges, which involved extorting a bribe of more than $158,000.

Sviridov had cancer and didn't expect to be sent to prison, and his lawyers asked the judge not to include a prison term in the sentence, defense lawyer Alexander Kotelnitsky said.

"I heard a clap and then saw him stumble and fall," Kotelnitsky said, describing the moment of the suicide.

He said medical documents about Sviridov's cancer were submitted to the court. But court officials challenged the claim.

WARSAW, Poland -- Prosecutors in Poland say they have charged 10 people with embezzling more than $780,000 in money and goods from a regional chapter of the Polish Red Cross.

Polish media outlets identified four of them as former officials of the ruling right-wing Law and Justice party.

Prosecutors in the southwestern city of Wroclaw said in an online statement that those indicted sold clothes from public charity collections in 2014-17 and pocketed the proceeds.

Among those charged is the former director of the Wroclaw Red Cross, identified as Jerzy G., and his deputy, Piotr B.

Polish media outlets identified Jerzy G. as a former aide to the education minister and Piotr B. as a former lawmaker. They have since been ousted from the ruling party, just like two other former party members named in the indictment that was sent to court Jan. 31. Six others in the indictment are business owners and Red Cross employees.

The defendants could face up to 10 years in prison if convicted.