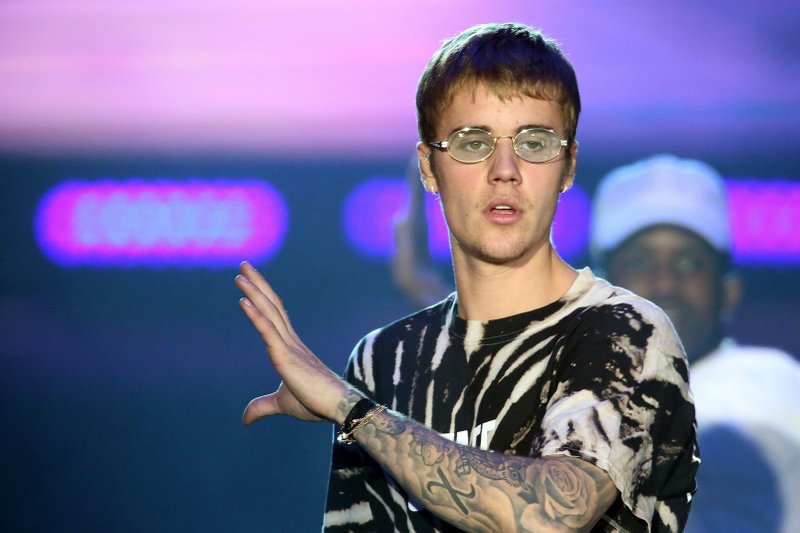 Justin Bieber's new single, "Intentions," is a far cry from the light and infectious "Yummy," the first single from his new album. "Intentions" is being used to raise money for a women's transitional house. Bieber is shown in a file photo. (Borna Filic/Pixsell/Abaca Press/TNS)

Alexandria House is a transitional housing shelter in Central LA that provides resources for women, their children and the surrounding community.

The "Intentions" video follows three women from the shelter: Bahri, an immigrant from Saudi Arabia going to extreme lengths to pursue an education her mother was denied; Marcy, a young mother and product of the foster care system who experienced homelessness after saving herself and her kids from domestic abuse; and Angela, an artist and grandmother whose experiences on skid row inspire her to "tell the stories of homeless women and children through her art."

Set to a catchy, upbeat tune, the video sees Bieber and Quavo visiting Alexandria House, surprising its featured families and helping Bahri, Marcy and Angela pursue their dreams in the face of adversity. Bieber himself had a rocky childhood after his mother was forced out on her own when she became pregnant with him as a teenager.

For Bahri, Bieber buys a new car so that she no longer has to commute two to three hours via bus on her way to and from school in Northridge, Calif. For Angela, he books time at a recording studio so that she can share her spoken word with the world. Many tears are shed and hugs are shared.

"Picture perfect, you don't need no filter/ Gorgeous, make 'em drop dead. You're a killer," he sings over the inspirational montage. "Shower you with all my intention/ Yeah, these are my only intentions."

A slide at the end of the video offers a message of gratitude to Alexandria House and pledges $200,000 to the new "Intentions" fund in the organization's "honor."

"Thank you to the Alexandria House for opening your doors and your hearts to Bahri, Marcy and Angela and the entire community in times of need," it reads, vowing to "support these women and the dreams of the families you support."

A donation link to the fund is also included in the YouTube description, as well as on the Alexandria House website.